why is my object solve not matching my plane track?

Ok so im tracking a flat piece of paper and everything seems to look great! when i add a plane track to the points it follows the paper perfectly. but for some reason when i use the object motion solve and set up the tracking scene the points don't follow the paper any more. can anyone help me or explain what i'm doing wrong please?

here is a screen shot of it. left side shows the plane track around the paper and fitting it perfectly. on the right side it shows the plane up right and not tilting back like it should. 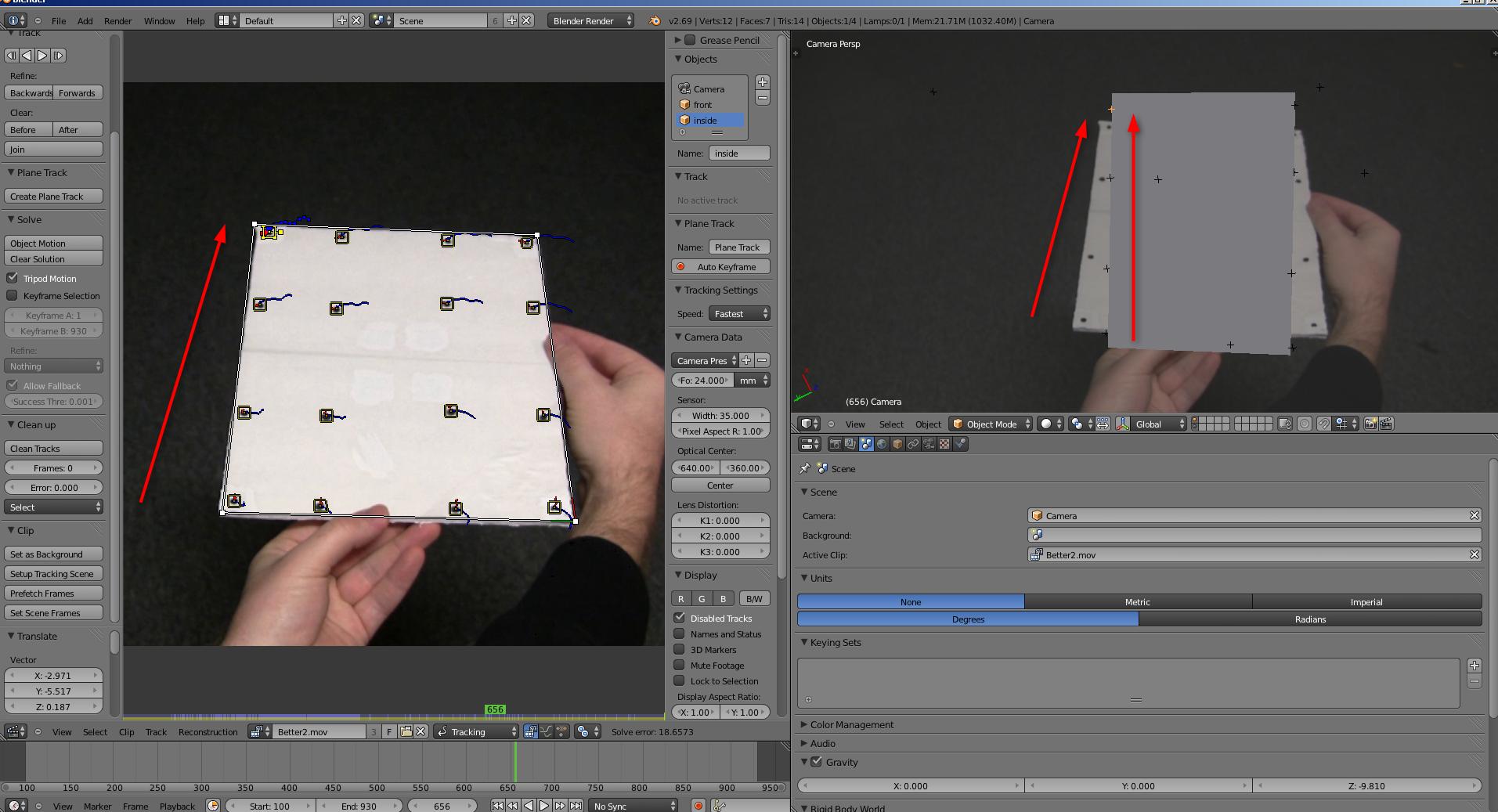 Tracking a piece of paper as it moves around in a video is a matter of following some points on the video, an image can then be distorted relatively easy to match the movement of the plane.

Once you have the camera movement you can then track objects that move relative to these points.

5
camera track - was good, but breaks after editing an object
1
Is it possible to use four corners of a single marker for a plane track?
0
Motion Tracking Tripod with Given Camera Settings