Repetitive carvings/holes around a sphere

I'm doing a spherical electromagnetic motor and I need to design a main ball fully covered of circular holes (all of the same size) so I put the neodymium magnets inside them. The sphere is going to be made on a 3D printer.

I just started with blender but I think I will manage to make the circular carving but I do not know how to make it all around the ball.

Sorry if I had any mistakes writing this post. I'm from Spain.

You may do it by beveling the Ico Sphere and using the Solidify and Edge Split modifiers.

Add an Ico Sphere with 3 subdivisions. 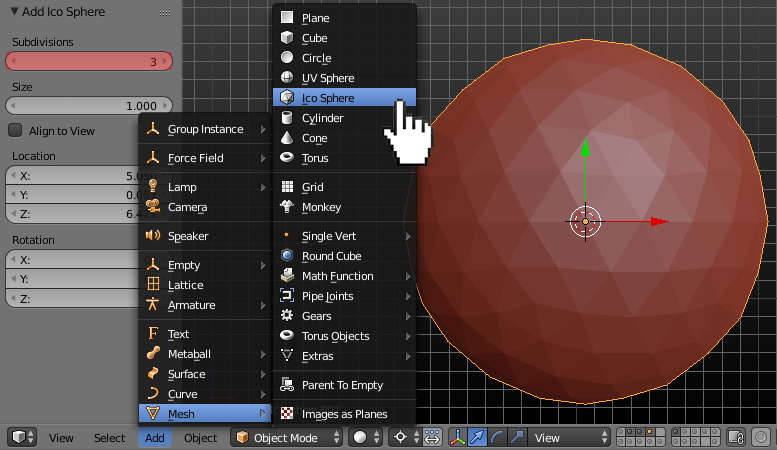 Enable face selection mode, press A in Edit Mode to select the whole mesh. Now press Ctrl+B and drag the mouse outwards to bevel it. Select one of the hexagons, go to Select-->Select Similar-->Polygon Sides. Delete selected hexagons with X-->Only Faces. 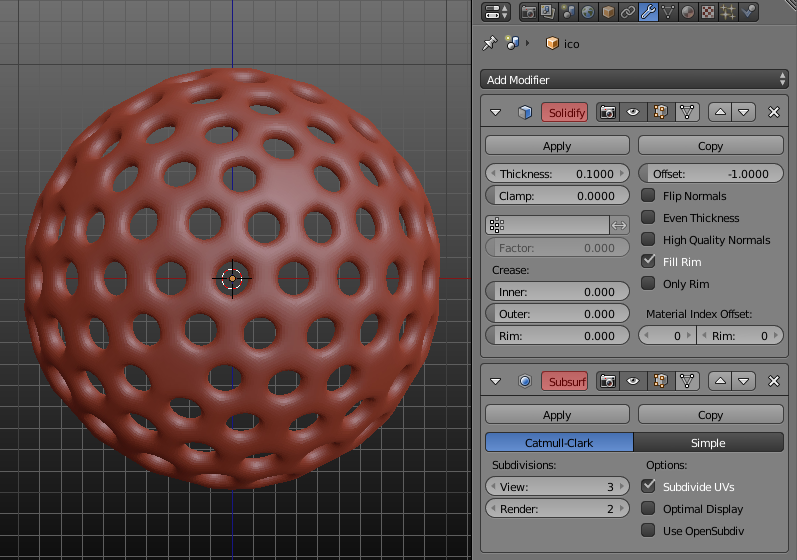 Add the Edge Split Modifier above Subsurf and set its split angle to 80 degrees (you may experiment with value for optimal result though). 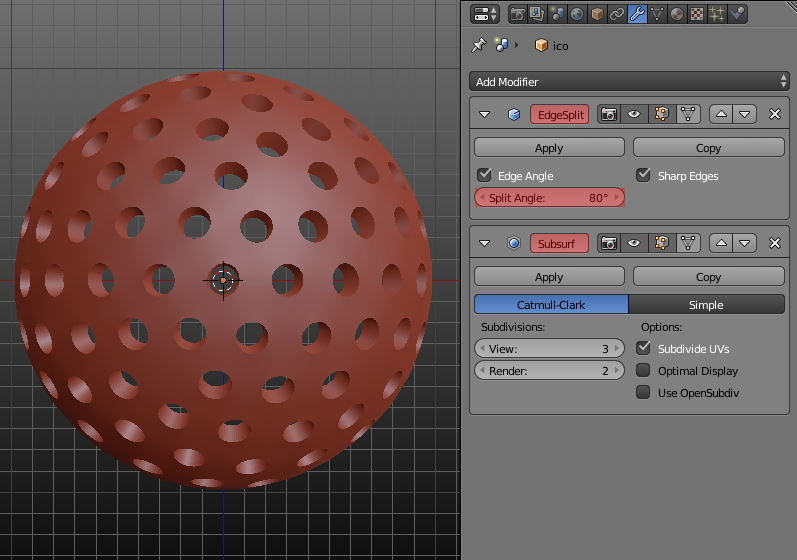 Apply the modifiers and smooth the mesh in the Edit panel of the Tool Shelf (T). 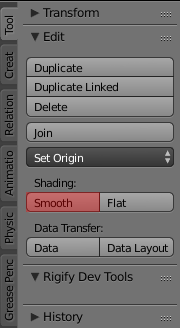 EDIT: After @wchargin 's remark I experimented a bit and tried to solve it in another way.

Added an Ico Sphere with 3 subs, poked it with Alt+P and then beveled some vertices (Ctrl+B, V).

Now the holes have much more dense geometry, which I hope may let them create perfect circles after subdividing.

31
How to make a spiked sphere?
18
How can I create a hollow sphere with regularly spaced holes?
8
How to turn my honeycomb pattern into the sphere?
6
How to distribute the objects on a sphere evenly?
5
To what plane curve does a Catmull-Clark subdivision converge?
0
Creating array of holes
0
Making little holes in mesh
1
apply same curve angle than other object

0
Is there a faster way to close these holes
0
Topology for a disk with circular holes?
1
Insetting a non-closed mesh into a solid object
2
Filling holes on the bottom of scanned design?
2
How to make a thin sphere with a hole?
0
Generate square "skin" around a line for icon solidifying
2
Mesh Analysis - Why the thickness is uneven on sphere?
5
How to evenly distribute same size holes across a stretched surface