Stopping a moving object in bge

I made a bowling-like game with bge. When the ball hits the pins they fall like they should do, because they are modeled as rigid body. But when I put them back in their position they start moving. I tried pulling up the damping to 1, setting cylindrical bounds and using these lines when I change position:

but it isn't effective. Any suggestion? 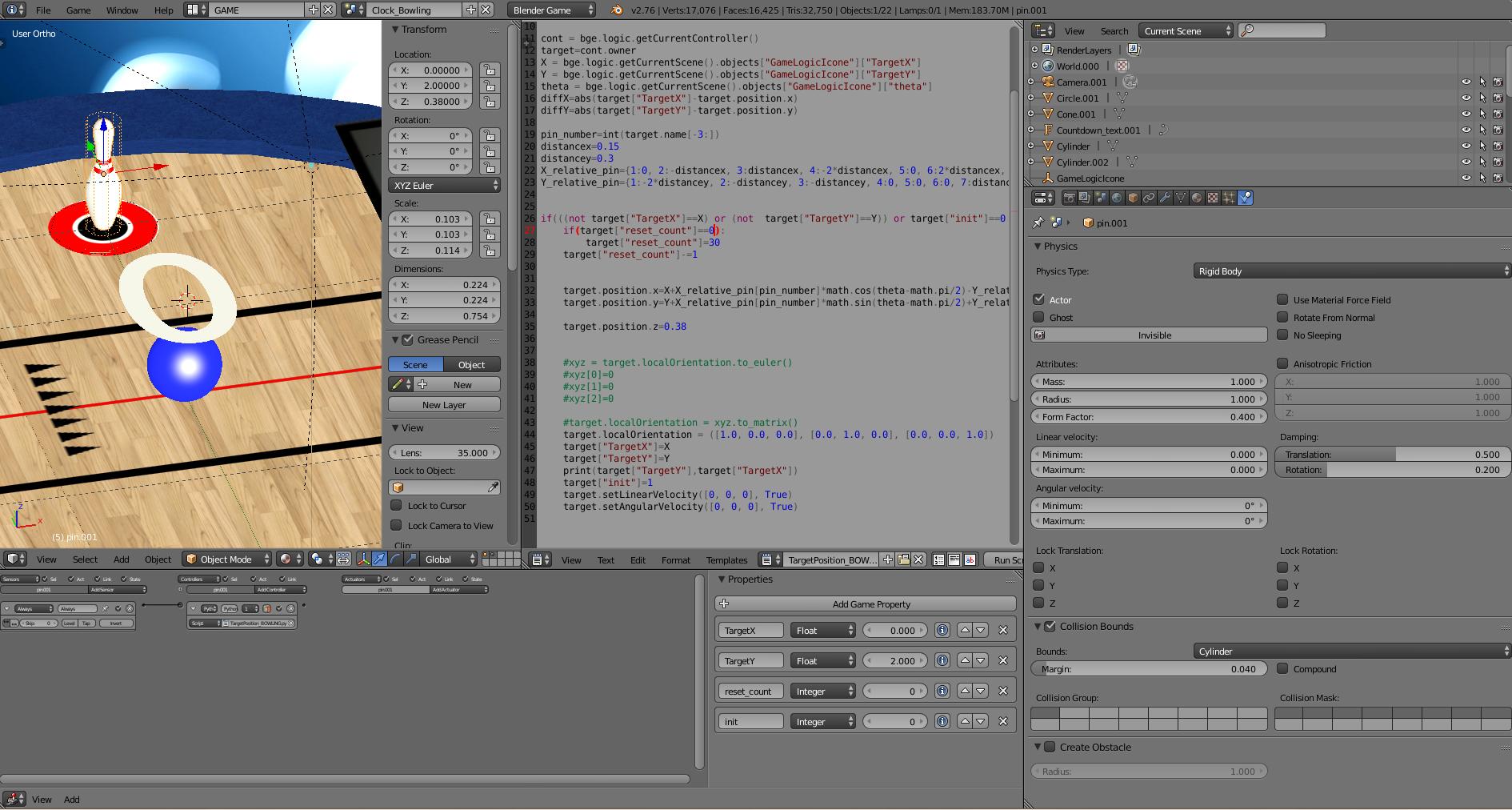 This belongs to the Python code as well as the motion actuator.

I would not use Python to place the pins.

Found exactly the same thing while building fly navigation for the game engine. Here, paired keys WS, AD & RF instantly cancel each other before accumulating linear velocity in an opposite direction. My plan for this was to inject zero with a dedicated Motion actuator (using Set rather than Add of course) but, as Monster says, zero won't work, while a very small value does (the smallest I found worked was 0.0001, slightly larger than Monster suggests).

I have to say, this seems a bit wrong to me because the mouseover "Set" should mean set in my book, but there you have it.

It's also hugely displeasing to think that the object you were trying to stop has just been drastically slowed (with all that entails for CPU efficiency!). Never fear: a low velocity processing threshold can be set in the Object's Properties (Shift F7) » World » Physics » Physics Deactivation » Linear Threshold

May your velocities be tamed! :-) Peace/love

Not the answer you're looking for? Browse other questions tagged game-engine objects or ask your own question.

5
How can I emulate moving water in the BGE?
5
Moving vertices along normal axis in BGE
5
How can I spawn a moving object in BGE?
2
Help with moving an object in bge randomly via script?
1
Python to switch visibility between multiple objects (game engine)
2
bge character stops moving when it jumps
0
BGE toggle select object
1
BGE: Is there a way to stop my character moving?
1
BGE : AddObject adding two object