I found a lot of interesting tutorials about how to import terrains from the real world into Blender.

What about the buildings of the cities?

A friend told to me you can use another approach to import your city map into Blender. You can make a screenshot of the place, you wanna use and using Adobe Illustrator or Inkscape turn it into vector graphic (.svg) and import into Blender.

I did something better than that. I used the tool Maperitive, selected an area on the OSM and then I converted the file to .dae format, this is the result that I get : 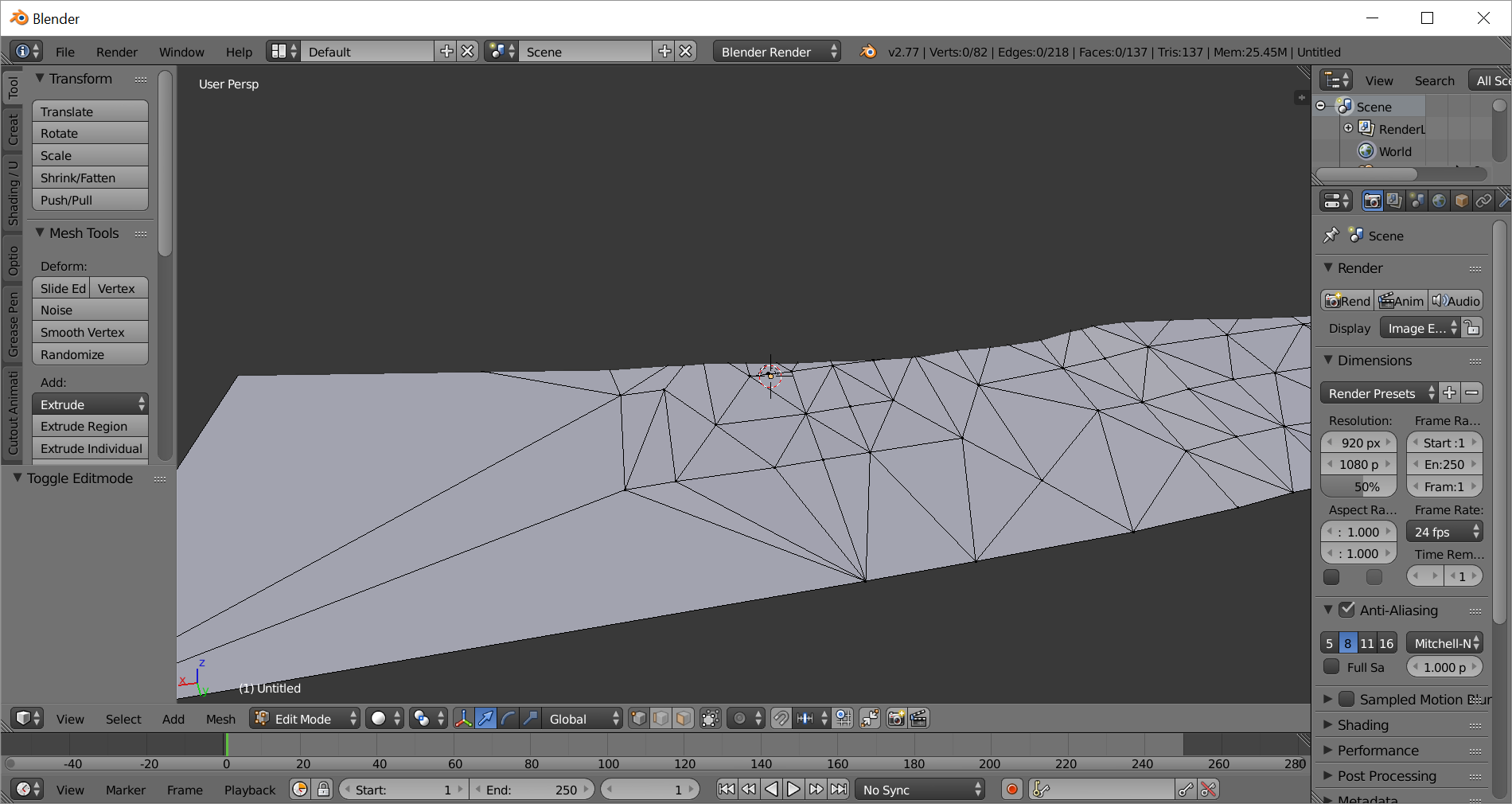 As you can see, there is no separation between the vertices, so when I extrude the points this is what happens : 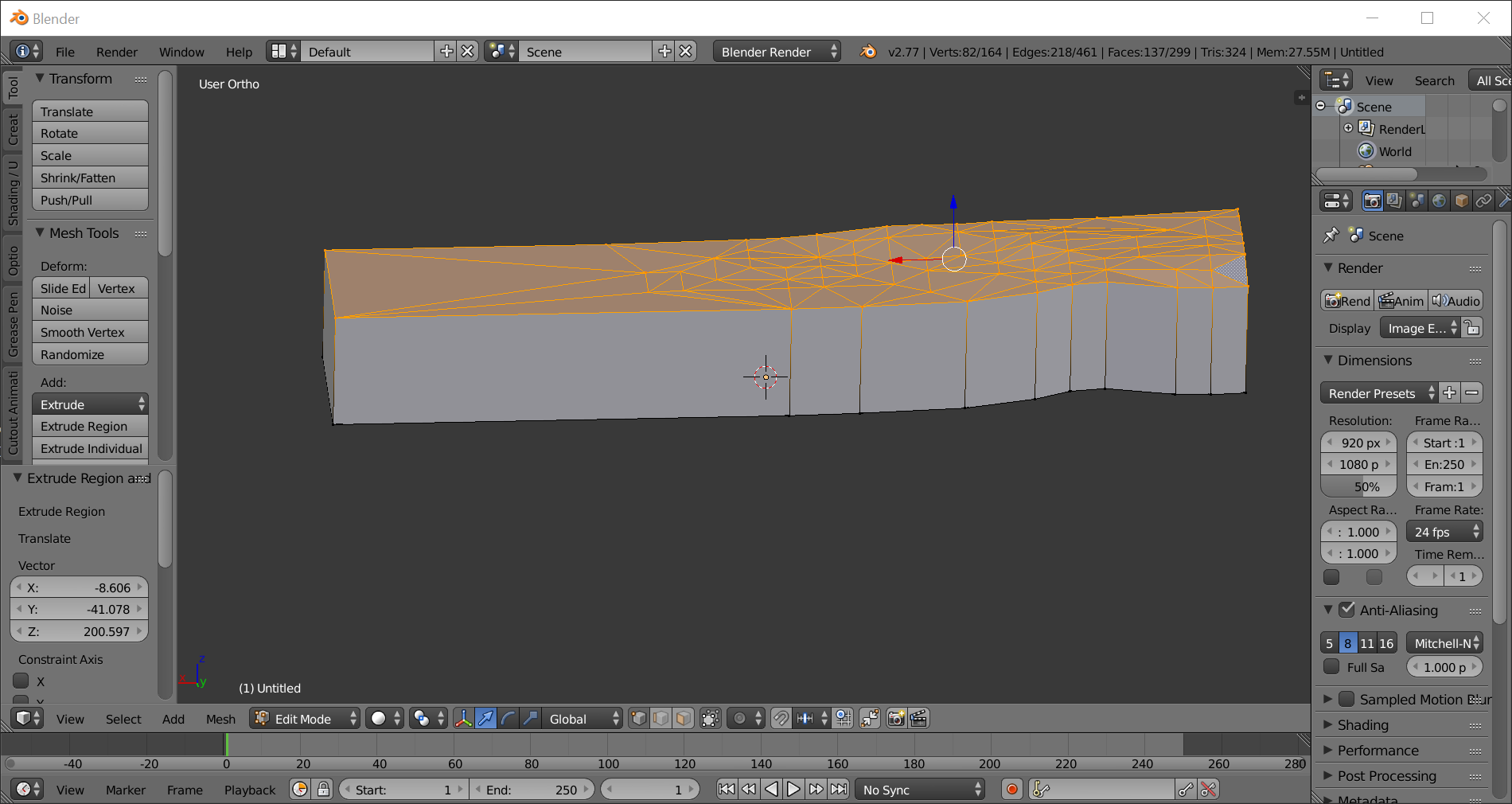 It's not good at all. I know that I can go on the Open Street Map web site, select an area, export it to OSM file and then import it in Blender, but the problem is that a lot of areas (including the area where I live which is my biggest interest) aren't mapped; because when I try to import it I see only a small geometry.

So, what's the fastest and nicest way to do this?

Go to OpenStreetMap, and make sure you are using the default layer on the right-side menu.

Use the Share Option, then on the lower part use the SVG (or PDF) option to export the visible area. Adjust the scale before exporting if you want any semblance of metric precision or accurate measurements

Either import it directly into Blender, or if you wish do some cleanup in Inkscape and remove unwanted or unneeded parts.

You can then easily extrude buildings directly as curve or convert to mesh for more complex or detailed modelling.

Have in mind that it still requires the desired area to be mapped and have actual building information.

Not the answer you're looking for? Browse other questions tagged modeling import file-format extrude or ask your own question.

5
Can I import an image file so it can be used in grease pencil?
0
Export model to unity with multiple textures
22
How to import 3D buildings from OpenStreetMap to Blender
2
How to import buildings/terrain from google earth
1
How to import Cad models into Blender the easy way
2
Realism mistakes/tips/tricks/ for modelling/texturing realistic low poly terrains