I'm trying to make an android animation, but I am stuck at the rigging part. I want his arms and legs to be able to bend like plastic / rubber and use a rig. I've heard of lattice modifier, but that doesn't include a rig / spline / IK setup. When I use a regular rig, it bends hard at the bones.

I am relatively inexperienced with blender, so I've included a picture of what I'm trying to do. I can probably explain better than I can.

It does look a little funky in the picture, but I think it would look nice in an animation :).

Thank you so much for any help!!

Edit: Added a picture to better show what I mean 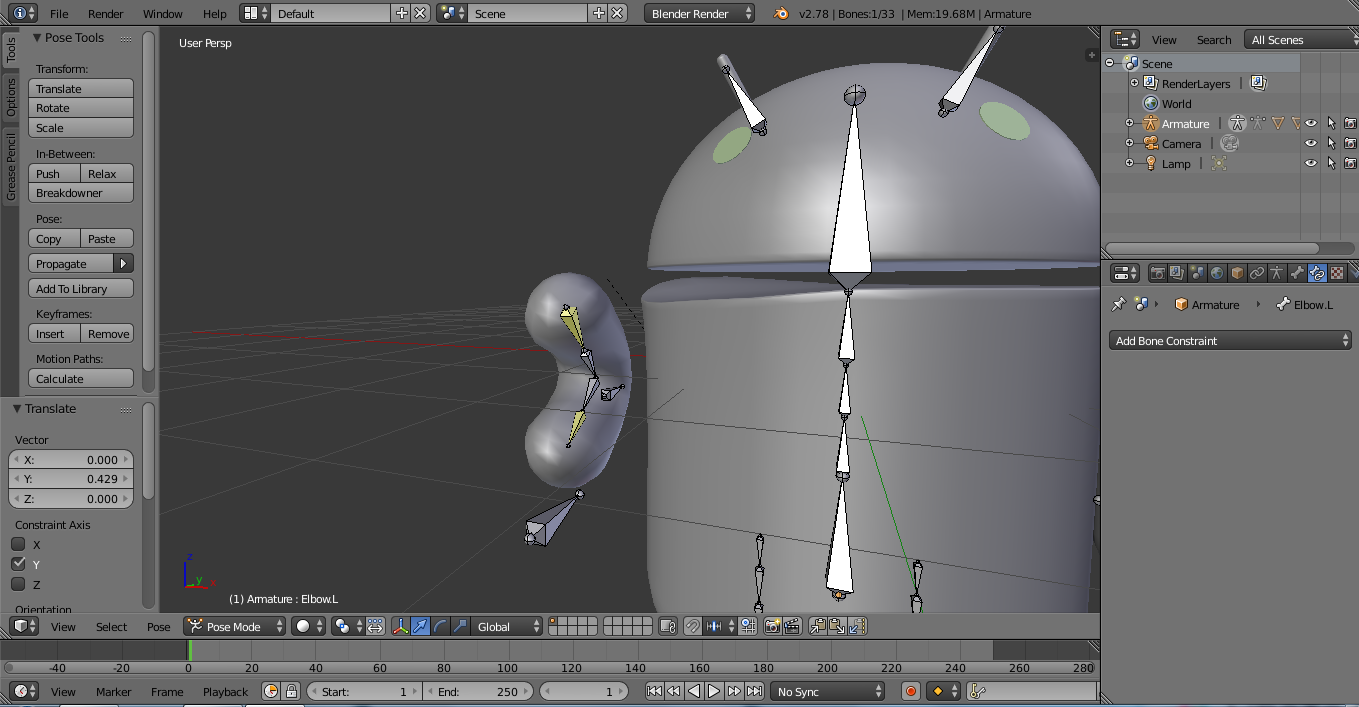 I think a pretty efficient way to solve this would be to have a more distributed (softer) weight paint on the armature rig. This way, the bones will not bend so sharply.

Not the answer you're looking for? Browse other questions tagged rigging weight-painting inverse-kinematics or ask your own question.

1
IK Solver Won't Bend Knees Except Backwards — Rolling Bones Not Helping, Constraints Not Helping
0
2d texture eyes that can move around freely
0
Rig with sticky feet and hands, how do I create arm swings? (ex: playing tennis)
11
How to rig a cartoon-style hose limb? (cartoon arm)
1
Inverse Kinematics to rig a Truck with a Trailer
3
How to fix horse spine?
0
Making a rigable robot