Scaling a mesh for 3D printing

I am trying to make a mesh that after 3D printing it will be 15cm on the Z- axis, 8cm in the Y- axis and 13cm on the X-axis in real-life. The following image shows the mesh and on the right there is the scale and dimensions. What should I change for it to be 3d printed correctly, as described above? 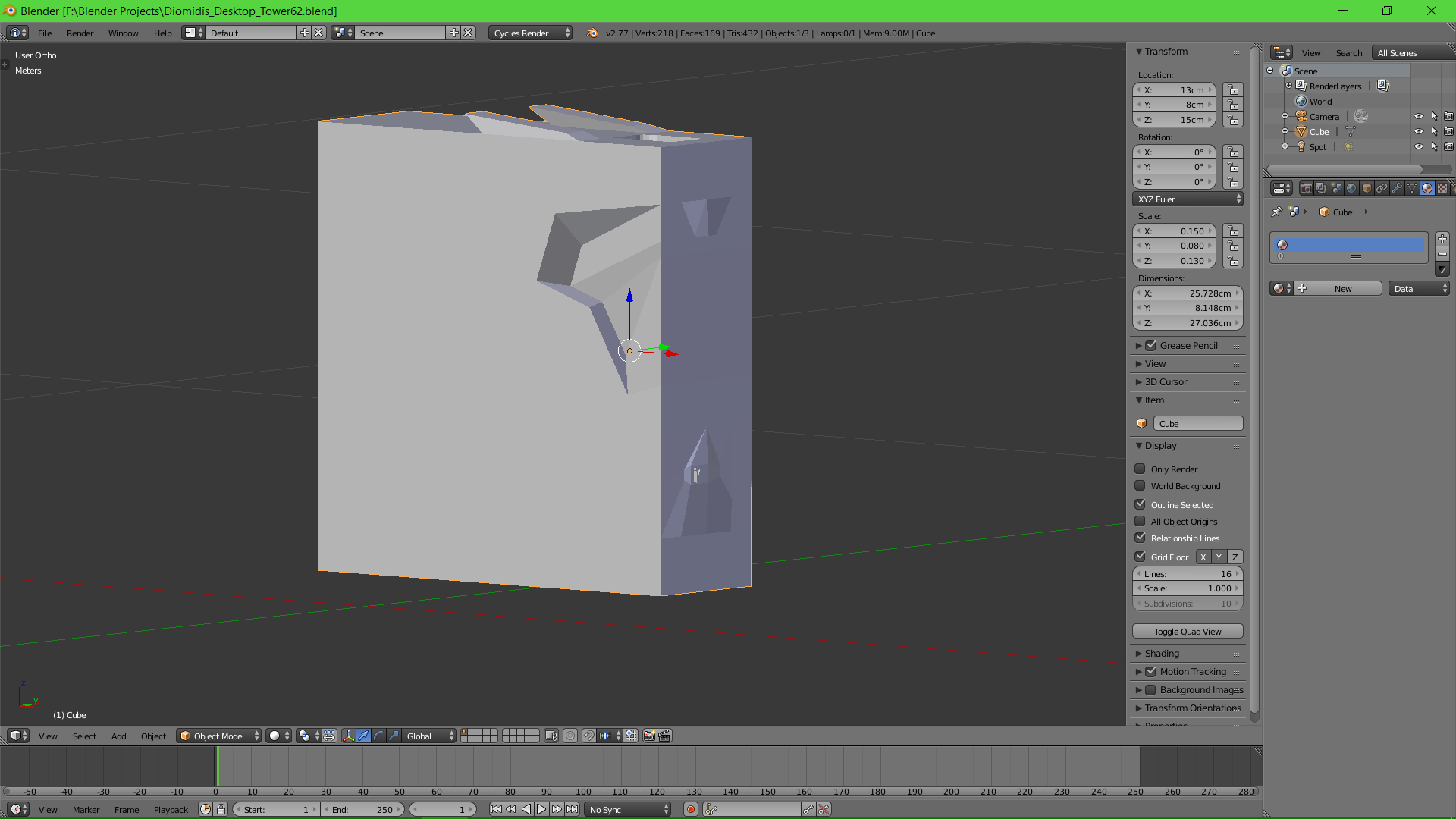 The specifics entirely depend on the platform you're planning to print to, but the general idea will be the same for all of them: they'll tell you... but you still have to guess and check.

Blender can be a little confusing regarding units. Underneath it all, Blender uses its own units for everything. When you choose "inches," Blender is just pretending that its own units are inches... but they're not really. When you export that mesh, it's still in arbitrary Blender units. No one will ever be able to know (with some exceptions) that you were using those units as inches.

Consequently, any consuming application has to make some kind of assumption about how big those units are. Shapeways is good about letting you tell it how big your units are... but it's still not 100%. I still had to guess and check. Shapeways is also good about letting you see a preview of your model and giving you its final dimensions so that you can say "10 feet wide? that's not right."

In summary use the same proportions that you want it to be (15x8x13) and then scale that by whole numbers (and probably by 10s) to get it the right size. For example, if your consuming system (printer, software, whatever) says "we assume one unit is one meter," then you'll want to scale your whole object by a factor of 0.01 so that your blender units imitate meters. If your consuming system does something weird like assuming units are in inches, then your scale factor will be weird (2.54 or 0.3937 some such), but it'll be simple conversion math.