Getting Views of Rendered Mesh Faces

I'm working on a project that requires me to project a picture spherically around a dodecahegon and then get images of each of the twelve faces so I can make bitmap files of the design each face contains.

I first tried setting up twelve cameras and pretty much just taking screenshots of the views, but getting the cameras oriented in exactly the same way so there was no skewing in the pictures was nearly impossible.

As a second resort, I tried to unwrap the mesh and lay the picture that I projected to the mesh on the UV map, but since it was flat, the faces didn't contain the same design on the UV map compared to the Spherical Projection.

So, is there any way I can get precise, non-skewed views of the rendered version of each face of my mesh?

This is my first time using Blender, so if I overlooked something simple, or didn't explain something correctly, let me know and I'll try to clarify :)

Edit: Here are some pictures of what I'm trying to do. I want 12 separate pictures of the outside faces as they show in my rendered view. So far I took 3 photos of the faces, two of which you can see below 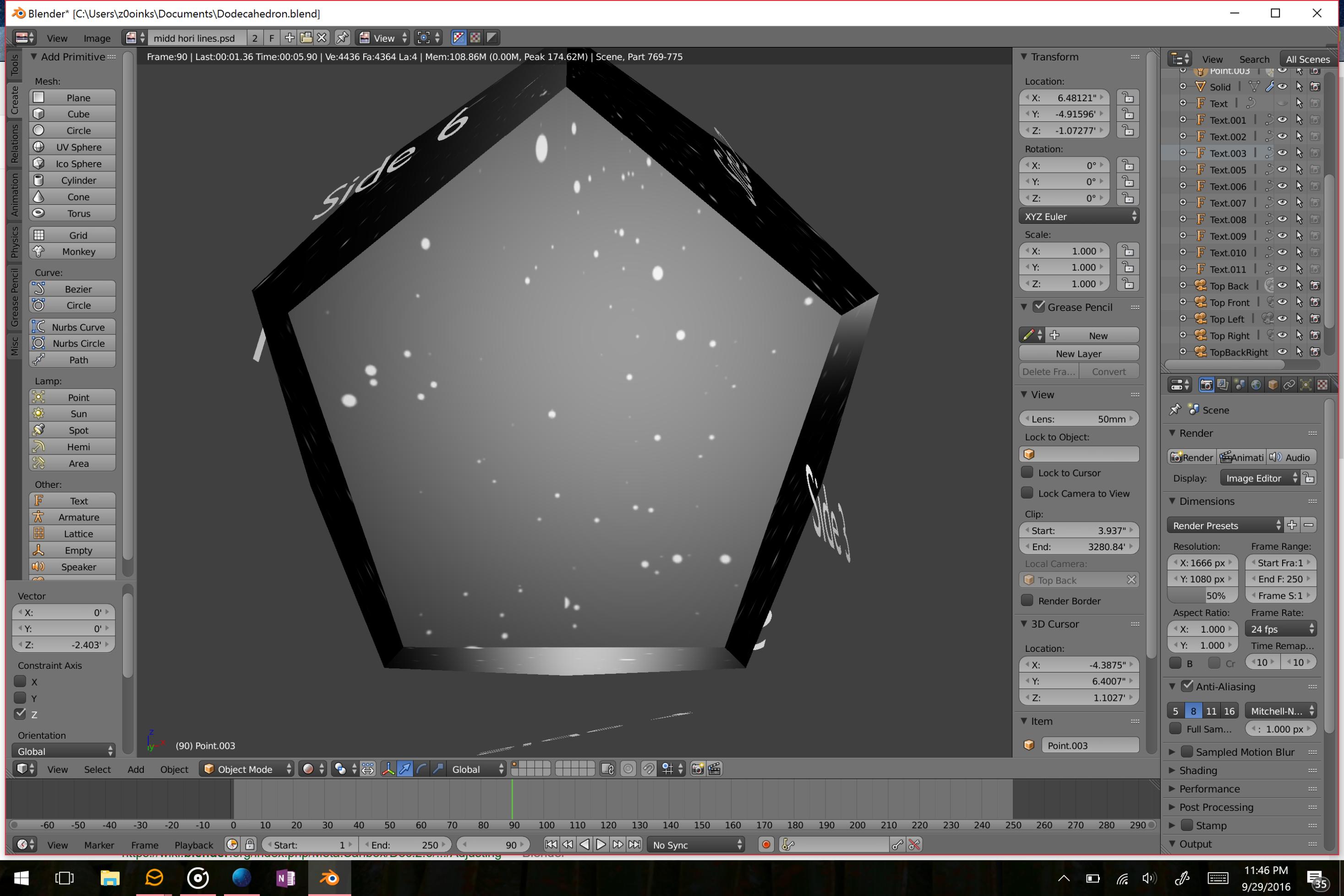 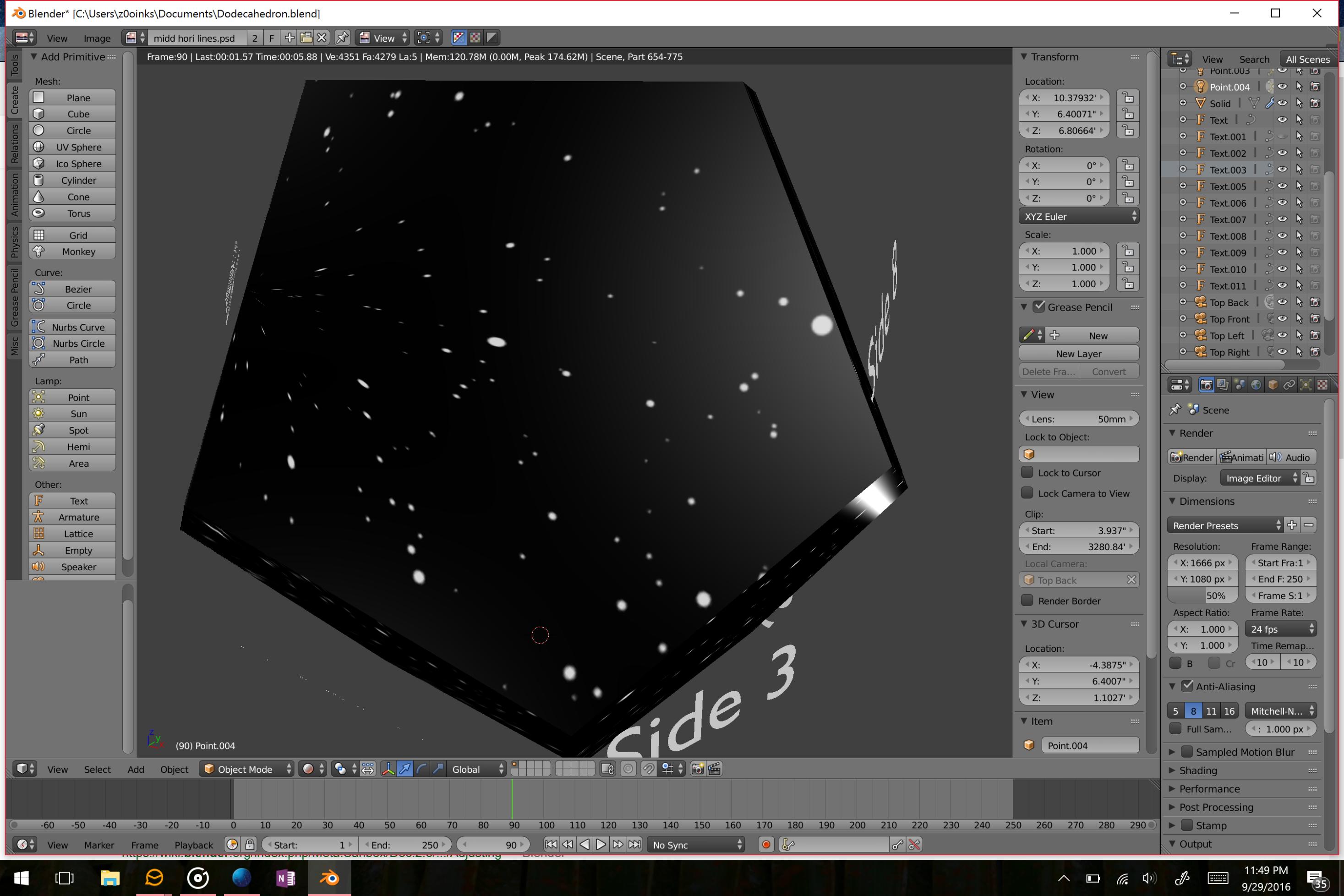 I suggest using custom transform orientations and a track-to constraint to get the cameras pointed at the faces. Please see the demonstration here: https://youtu.be/1Mu6loumKj0

Not the answer you're looking for? Browse other questions tagged rendering mesh texturing uv camera or ask your own question.

17
Align an object to a specific face

0
How to unwrap UV for each non-adjacent selected faces?
2
Issue with lighting and rendered environment map
0
How do I delete extra Faces?
1
Civic art project: 5'H x 5'W 3D heart shape sculpture. Can Blender map a 12" grid on it? From photos?
0
Applying images(textures) to singular faces on top of UV Map?
2
How to use the rotation matrix calculated by Matlab in Blender?
3
How do I uniformly apply the same texture to many uneven faces on a mesh, such as a road?