It Won't Render: Stuck on the 1st 4 tiles, played with Resolution, sample size and max steps with no luck

So I'm at that step where I am finally ready to Render my first big project. Aaaaaand it's been stuck on the first 4 tiles for the last 2 hours?

(I include these because I have no idea what affects a computers ability to render but I assume it's one of them, most liekly the graphics card).

So anyways here are the pictures, as you can see I played with changing the resolution, the sample size and the max steps to see if I got different results but it just keeps getting stuck at those 1st four tiles. I've rendered a few other small projects successfully but this was my first time changing some values. I assume i've managed to accidentally change the wrong values and thats causing some conflict thats either stopping the render itself or is making it just too much for my computer.

My goal was the render this particular picture at a good enough resolution and clarity that it could then be made into a poster. So i wanted the resolution to be good and the sampling to be high. 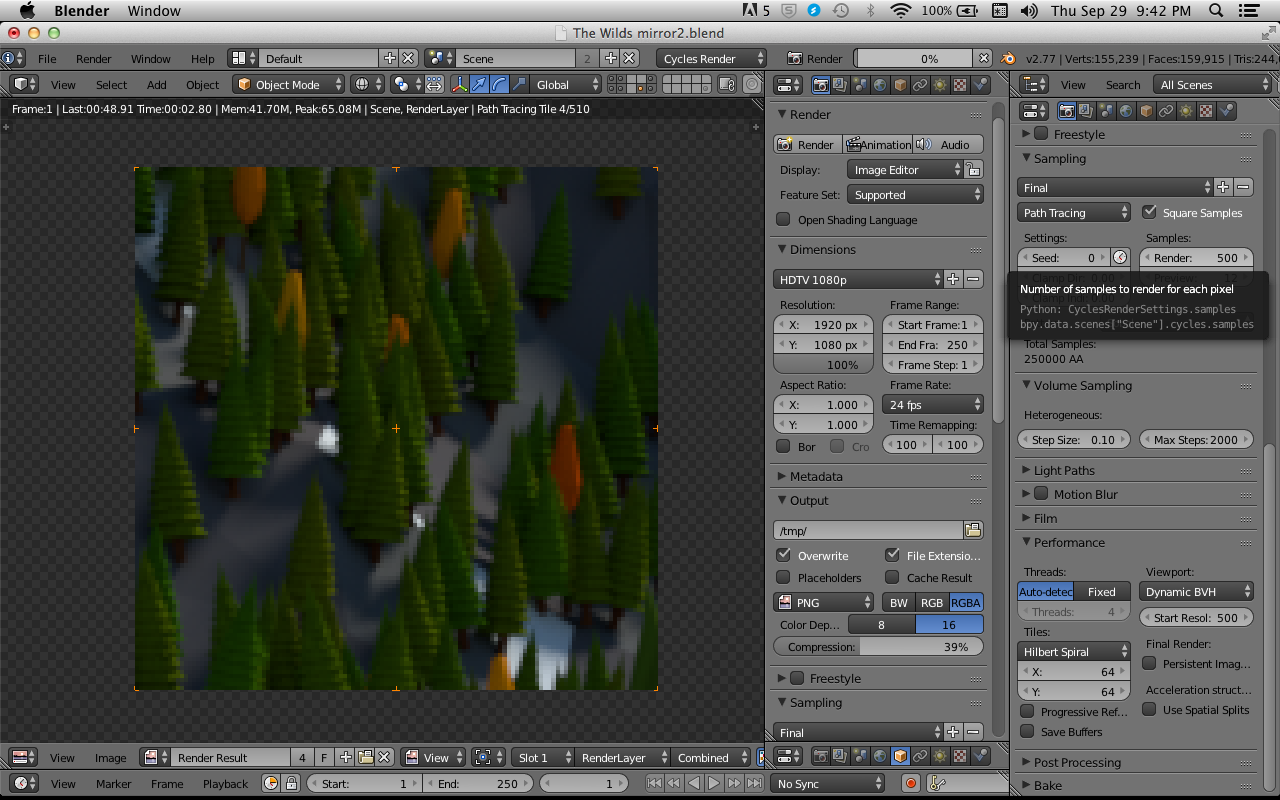 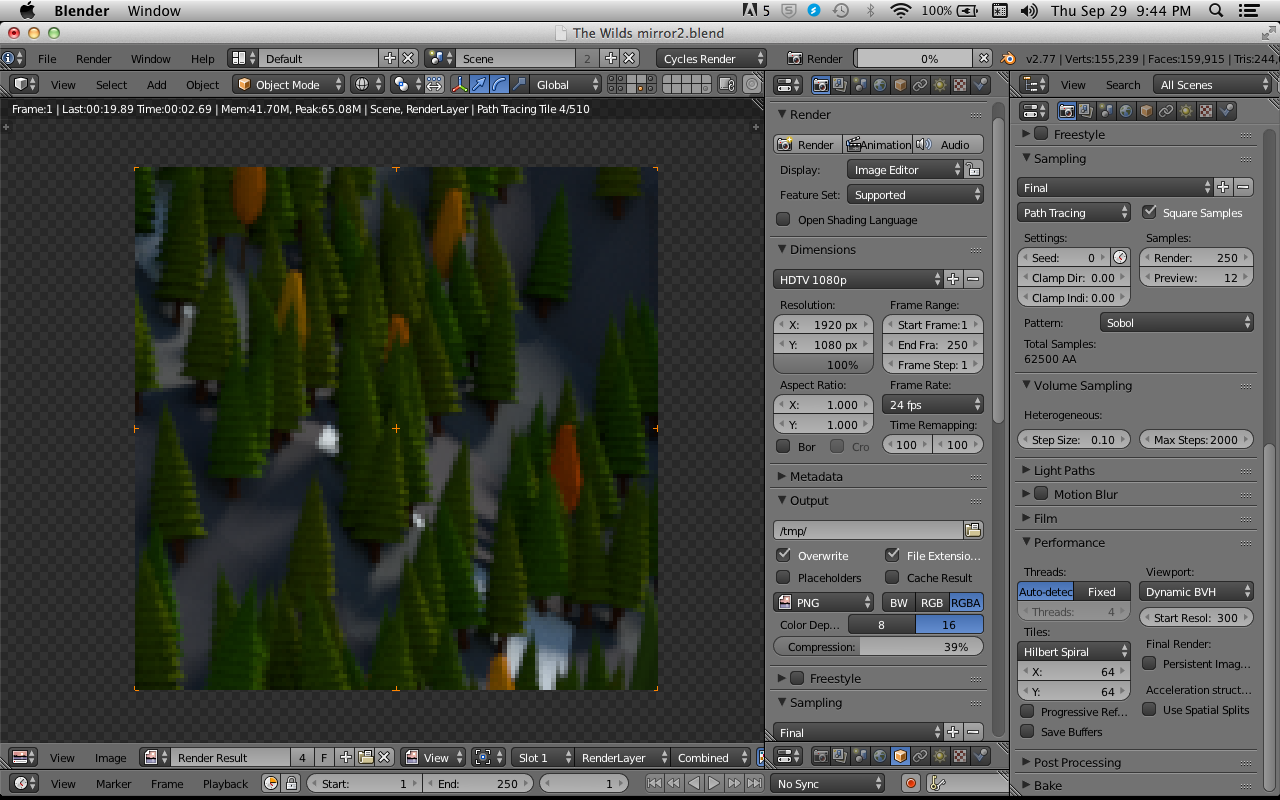 Since writing this there has been no change to any of the numbers at the top of the render result (the time left, etc)

This will consume quite a bit of resources, and very likely take quite some time. Unless you really want to render with that many samples, I would uncheck square samples, or change this to something more reasonable (like 45-55 ). If this is your final render, perhaps 2000-3000 (not squared) may be sufficient. 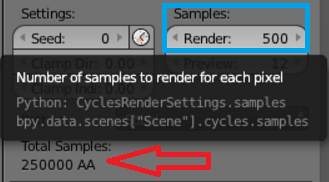 4
Why are my render times 30+ minutes, but other people's are ~3 minutes?
-3
Cycles renders only part of the model
-1
My animations/images won't render