What do the modal operators do?

What do the modal operators do? They are found below the 'Border Select.' Why are there so many of them? 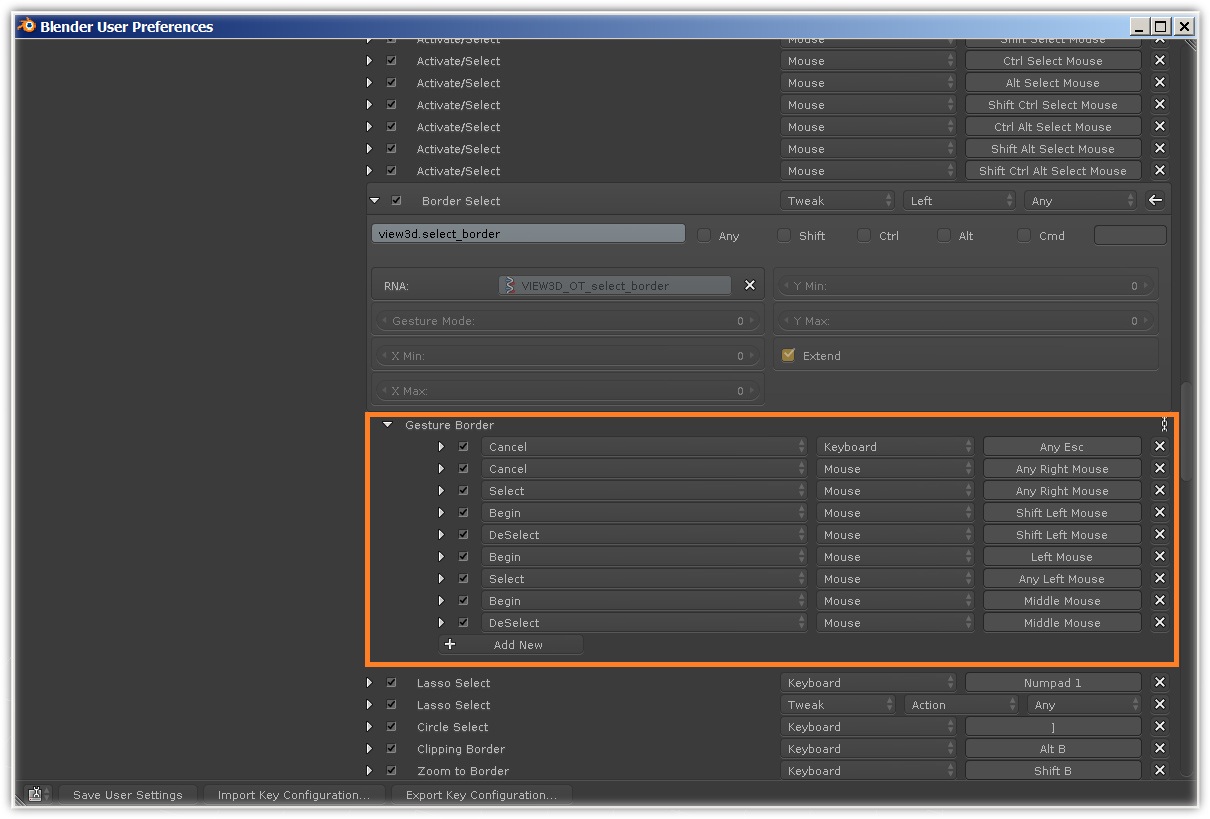 A modal operator is just an operator that does things a little differently. While there are tons of ways to setup a modal operator, it doesn't have quite the same clearly defined lifetime like regular operators. For example, if you wanted to move an object with a regular operator, the implementation would do something like this the following and would execute in a fraction of a second.

On the other hand, a modal operator that does the same thing has a completely different functionality. It may take a very long time before the user has confirmed the motion and stopped the execution, but Blender shouldn't become unresponsive if it is written correctly.

However, not all modal operators take over all user interaction like you may think. For example, you can have a modal operator that is always running and displays a clock in the 3D viewport. You could have an operator that shows the bounding box and wireframe for selected objects.

Here is an example of a modal operator that does both of the above.

So the real answer to What do the modal operators do? is simply an operator that runs in the background.

The Blender Python docs put it this way:

This operator defines a Operator.modal function which running, handling events until it returns {'FINISHED'} or {'CANCELLED'}.

Grab, Rotate, Scale and Fly-Mode are examples of modal operators. They are especially useful for interactive tools, your operator can have its own state where keys toggle options as the operator runs.

Here is a useful post by one of the Blender developers about all of the "operator methods" including modal:

Not a coder myself so my understanding may be a bit clouded here. So I'm not really sure but I think border select is technically called a Modal operator

As the name implies it enters a special Mode, that means in that while in mode things work differently, and for that special state there is a whole new list of operations and corresponding keymap entries.

To deselect it's a two-keymap set up.

Then in the modal you probably need to assign Alt+Left Mouse,Release event to DeSelect so that when you release the button highlighted objects will be removed from the current selection

29
What do operator methods do? (poll, invoke, execute, draw & modal)
1
how to set a delay in blender execution

1
Making a hollow, 3-D pipe/duct: after joining two cubes, how can I delete the surface inside the pipe/duct to make it hollow?
9
Removing internal geometry before 3D printing
1
Comfortable Working of Selection Tool
0
View gets messier as I advance in a project
2
Unlinking vertices/edges/faces in Blender
0
How to Change Color of Joined Object without Manually Clicking Each Specific Object?
1
Origin Not Coming Along With Object