I was trying to add a texture to a cube in Cycles render. I added the texture, it showed up, and could render as well. However, there were some faces which I needed to edit. So, I unwrapped the object and went to the UV/Image Editor. But when I tried to scale or rotate my map, didn't affect to the texture. I'm using Blender 2.77.

In some projects it works and some it doesn't.

I described the issue in a video.

You use "Texture coordinates" -> "Generated". You need to switch it to "UV" for use your UVMap. 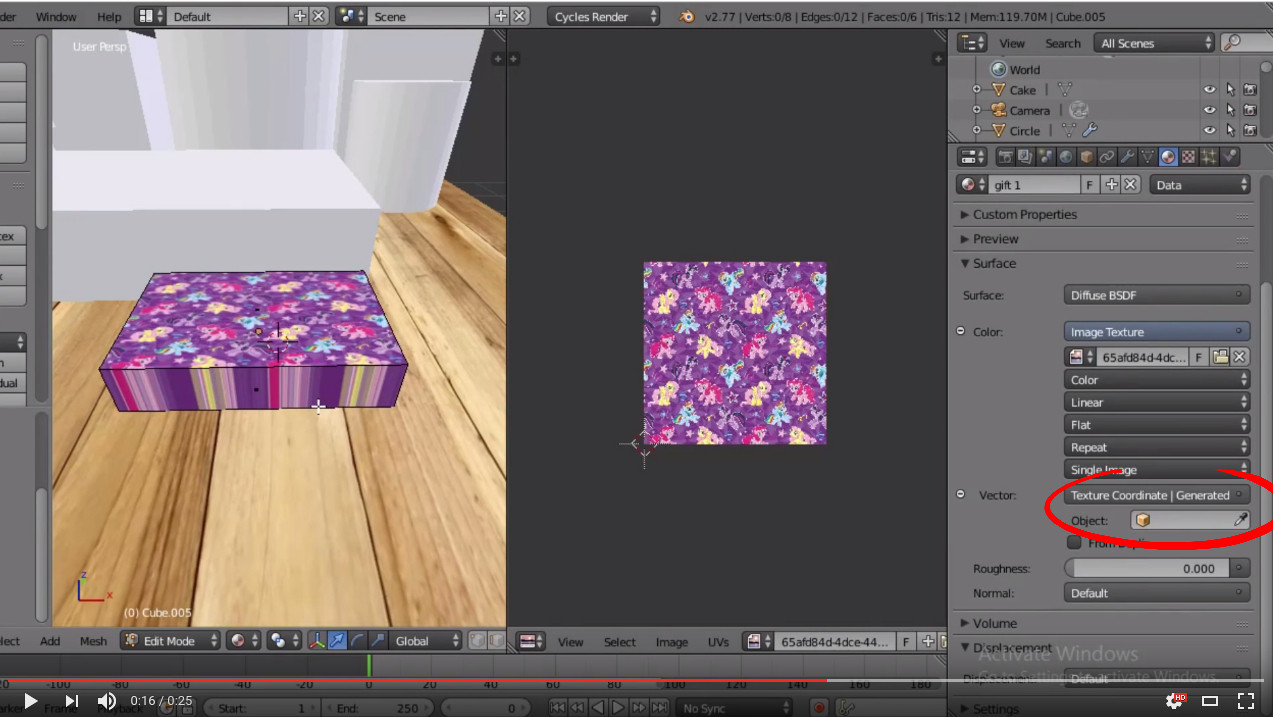 Not the answer you're looking for? Browse other questions tagged uv-image-editor or ask your own question.

0
Displacement using UV map affecting all maps, not just the one selected
1
Cycles UV/Image Editor: How can I control the Image Displayed?
0
How can i replace missing mesh in UV editor?
2
How to Offset\Distribute EVENLY with PBR in Blender 2.8x?
2
Rotating repeated Image Texture/ Tile a Texture in 90° increments
0
Blender Texture Paint problem in viewport