Why does cycle rendering only use one core from an AMD GPU? 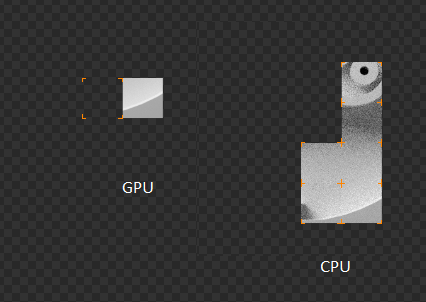 That is the normal rendering behavior of a GPU.

GPUs don't have multiple discrete cores in the sense that a CPU has; GPUs have many (hundreds maybe) small processing units that act together as as a highly parallelized process that forms a single rendering bucket.

Since on it's own each single unit is relatively 'stupid' in the sense that it can only understand simple basic instructions they can't each alone process a full image, but their strength lies in the fact that they act together as a single 'processing thread' that may end up being faster that the multiple cores of your CPU (depending on the performance of hardware involved of course).

EDIT: As Cegaton mentions bellow you would get multiple buckets if you had multiple graphics cards in your system without a pairing (SLI/Crossfire) solution.

Also as Gandalf says, for this reason GPUs tend to like larger bucket sizes while CPUs benefit from smaller ones, although due to the limited amount of VRAM usually present in graphics cards increasing too much may start having a negative impact on rendering speed.

Not the answer you're looking for? Browse other questions tagged cycles-render-engine rendering gpu performance or ask your own question.

3
How can I disable one OpenCL device
4
Does a separate GPU for CUDA work with main AMD card, in Cycles?
4
Compute device list not showing card name when using OpenCL
2
AMD GPU Rendering R7 Series
1
Render very slow using GPU from Radeon Sapphire RX 580 vs CPU
4
Why can't I use “GeForce 9500 GT” for GPU rendering with Cycles?