How to create an infinite plane in cycles?

I have already found one similar question, however it doesn't correctly address what I am talking about.
Please see this, example to know exactly what I'm talking about.
I have only found this, and this, but both use a curved plane to do the trick, which would work unless the object is to be rotated(in animation) to view from every angle.

Yes, again we could rotate the object instead of the camera but, what about a large array of object, that would really distort the scene and setting the camera accordingly would be very difficult.

Setting the camera at this angle would be good even for a large array of objects: 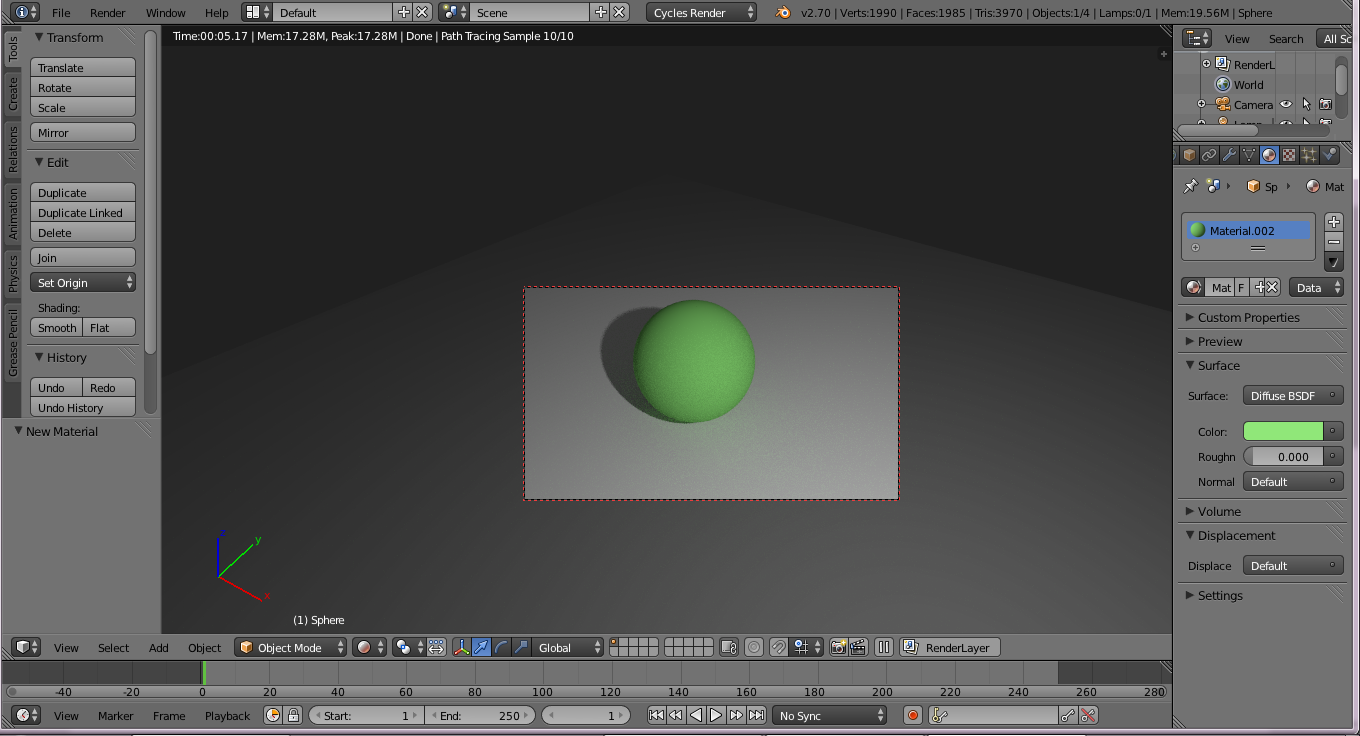 , but what if we need a more acute view like this: 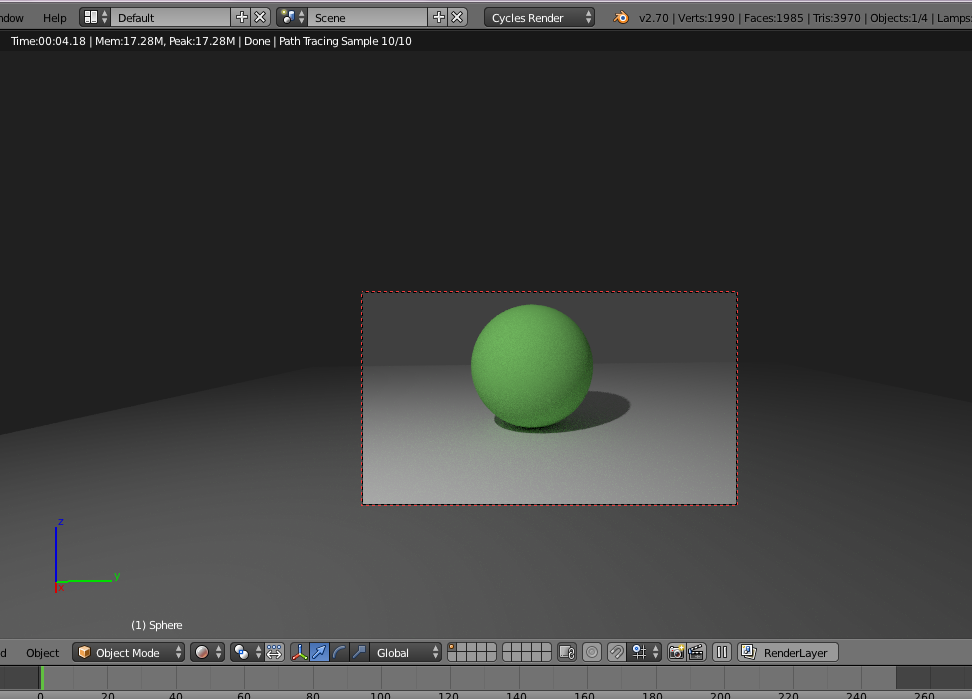 , (even if we set the world background color to white this would be impossible to actually blend if taking the lighting into account, as it would emit light and the edges of planes would be visible.)

I don't know if there is a workaround with the lightpath node with this to only make the area where the shadow falls visible.
And I don't know how to take only the shadow information into the compositor to make this?

It's not really possible to create a truly infinite plane in blender, but such a plane wouldn't help you isolate an object on a uniform background. Even an infinite plane still has a horizon.

To isolate an object (with its shadow) against an arbitrary background, what you really want is a shadow catcher. This is an object which renders as alpha transparency except where shadows fall on it. With a large plane acting as a shadow catcher, we can easily render transparent images with shadows. Using an alpha-over node in the compositor, any background can then be inserted with ease:

Cycles doesn't quite have this feature yet, but development on it is well underway and a working version (used to produce the above image) should be in development builds soon.

Unless you care to compile blender yourself (it's not as hard as it sounds!), you'll have to wait for a little while yet to use this.

If you just want to mitigate the distracting contrast of a hard horizon, perhaps a backdrop with a bent bottom section such those used in studio photography will do: 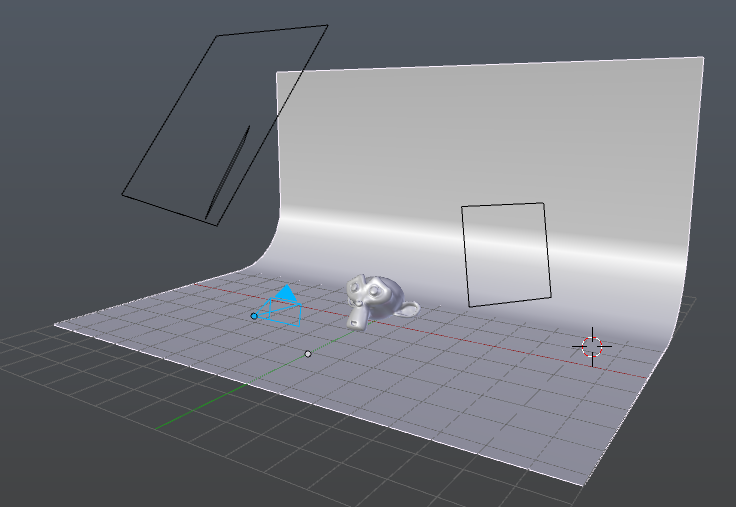 See What is the fastest way to create a curved plane? for a wealth of techniques to create such a shape.

For your case of a turn-table animation, you could rotate the model itself, or, if you wish to keep the lighting constant relative to the model, you could orbit the camera around in a bowl-like shape: 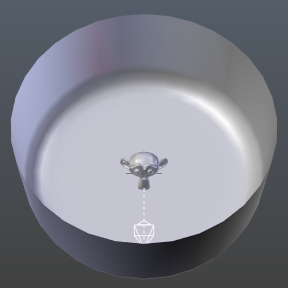 If you create a diffuse ground plane with a color (albedo) of 1, it will reflect all light that hits it. Provided the only source of light near the horizon is the sky, then it will reflect exactly the same amount of light as the sky emits, resulting in a seamless transition:

Using a combination of renderlayers, the shadow pass, and general node trickery, you can probably come up with something which works pretty well in your case. See the following questions for some examples:

Not the answer you're looking for? Browse other questions tagged cycles-render-engine rendering world or ask your own question.

1
How can I make a plane look infinite?
50
How to make a model cast shadows onto the world texture/background?
32
What is the fastest way to create a curved plane?
30
Cycles: Shadeless "Shadow-catcher" Material for Rendering onto Footage
17
Where can I get Blender test builds?
22
Shadowless render pass
15
Render shadows over a transparent background in cycles
15
Using scenes and render layers to composite an object isolated on white background with shadow
13
How do you create an infinite ground plane?
5
How to create a shadows pass in cycles?
See more linked questions

51
How can I create a water material in Cycles?
5
Can the areas of an object in shadow be accessed in Cycles
2
Speed up Cycles Render: Only calculate whats visible to the camera
0
Create "Floor" plane in cycles?
0
How big can i make the "world"/animation set?
0
v2.8 cycles - weird color change in Fire Simulation when over background
2
Where is Environmental Lighting in 2.8?