How can I add a nose to this head without messing its shape?

I am modelling a robot head that looks like this: 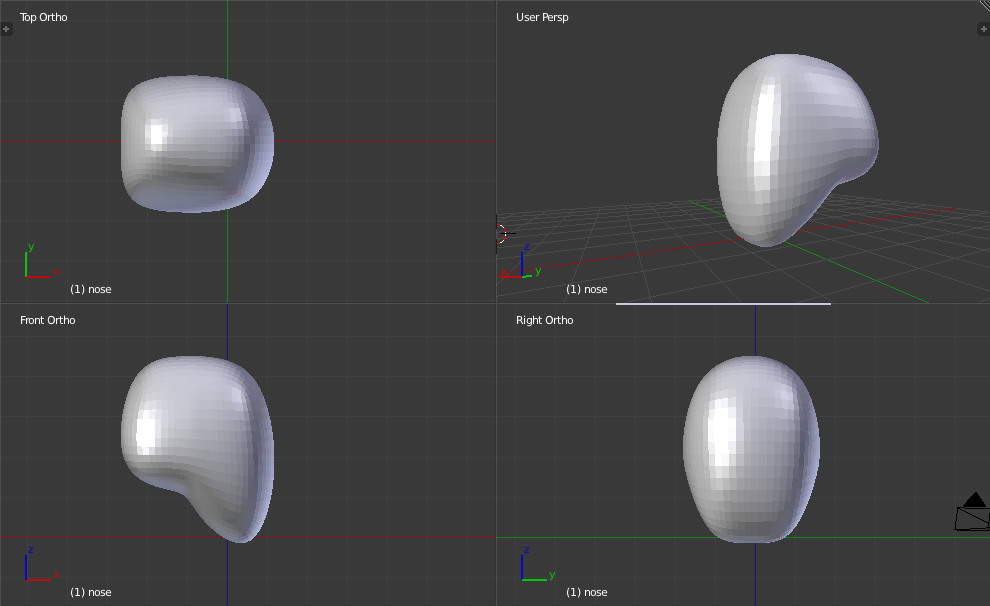 The shape was obtained by using very few faces starting with a square.

Now I would like to add a nose to the robot that would look more or less like this: 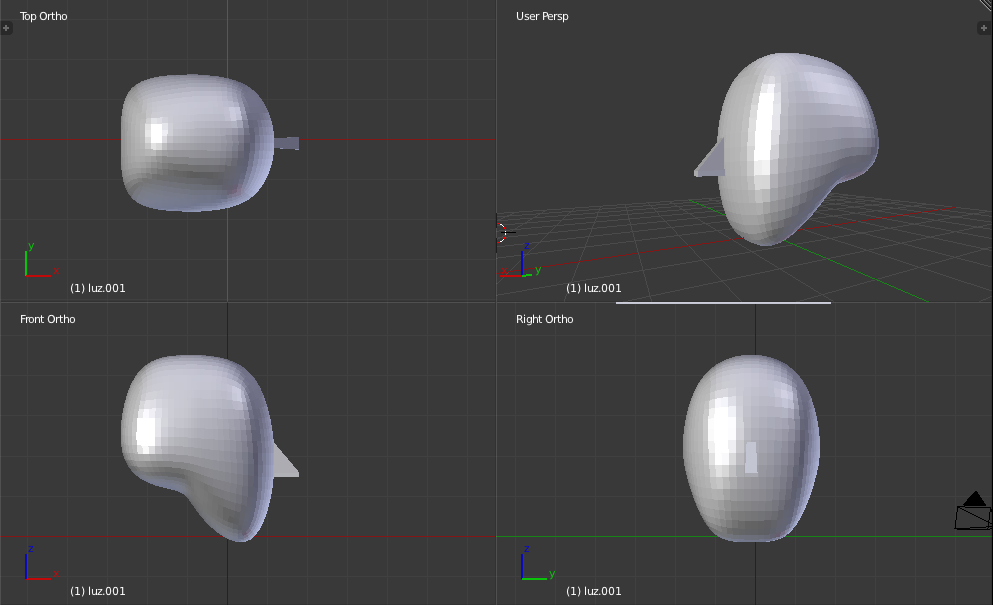 But instead of this screenshot which was obtained by adding a second triangle shape onto the head, I would like to model it from the head's mesh.

Here's the head in edit mode: 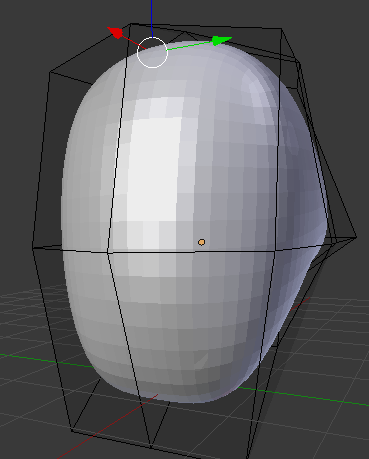 If I add vertical or horizontal loop cuts, the base shape of the head becomes larger where the loop cuts are added. I would like to extrude a face outwards where the middle of the face is, but there is no face there, and I only know how to add one by adding loop cuts.

It is important for me not to lose the almost spherical curvature of the chin and sides and top of the head... And obviously I would like not to apply the Sub Surf modifier because I am trying to keep the model light and easy to edit...

Your mesh is so "Low Poly" that every nev vertex will interact with the subsurf algorithm, modifying the overall shape; but you need some extra vertices for the nose; so the solution is: RETOPOlogizing. Create a new object (I.E. a plane), set all the little buttons circled in red and start moving and extruding vertices: every time you move a vertex it will snap onto the surface underneath. So you will be able to put how many vertices you want, exactly where you want, without modifying your shape. Useful also for good deformation topology, if intended to be animated. 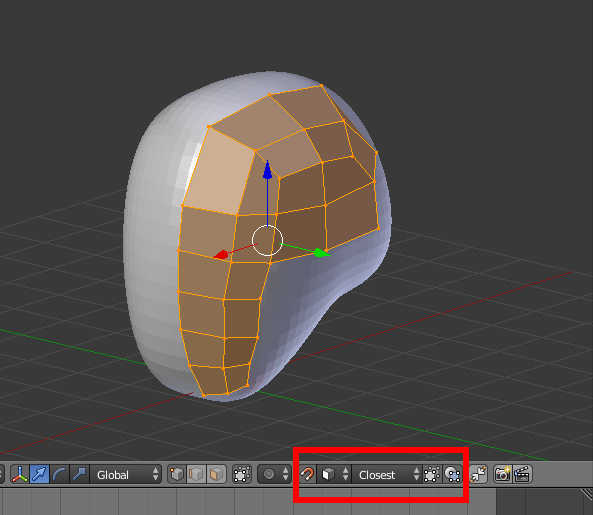 Select the four front faces of your head and use the Inset tool to create four inner faces, like this: 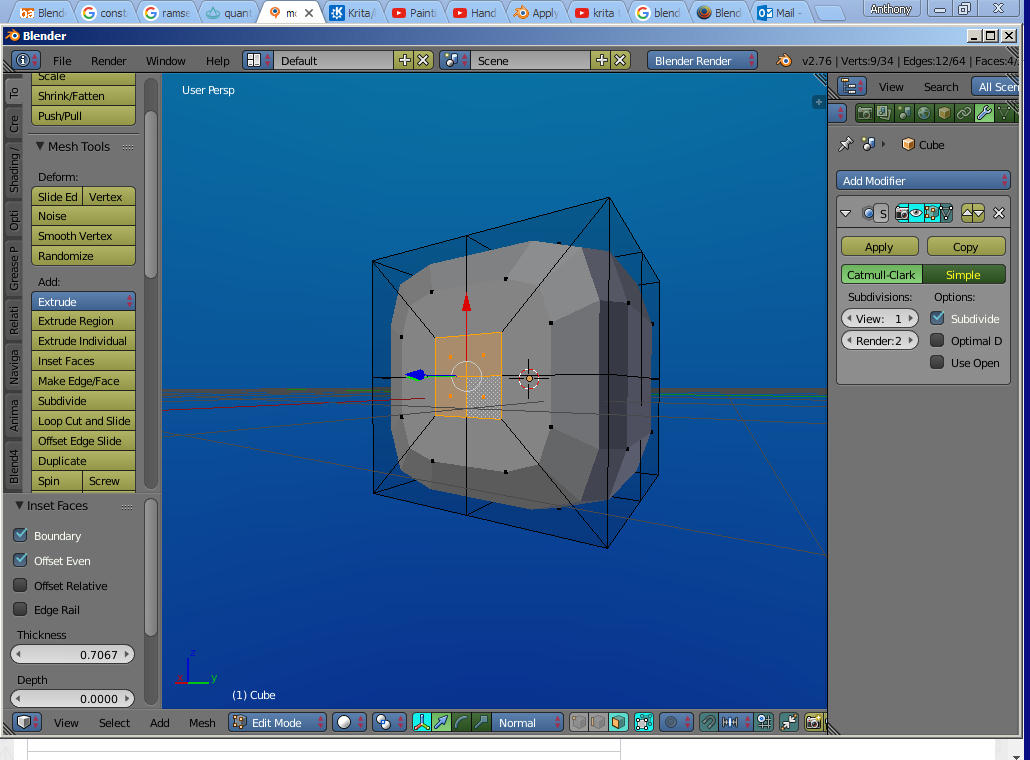 I've found Subsurf modifier to be a bit of a dark art at times - especially with seams and transitions between different sections of the model. This method seems to work for me.

Starting with your existing mesh, go into Edit mode and use the knife tool to add cuts to start to create the nose. This will affect the underlying surface but don't worry. 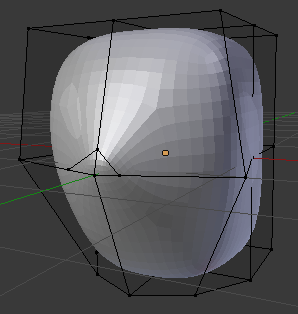 Next, move the newly added vertices back so as to restore the original curve - in this case you should be able to simply move them straight back along the axis. Adjust them until you've got your original shape back. 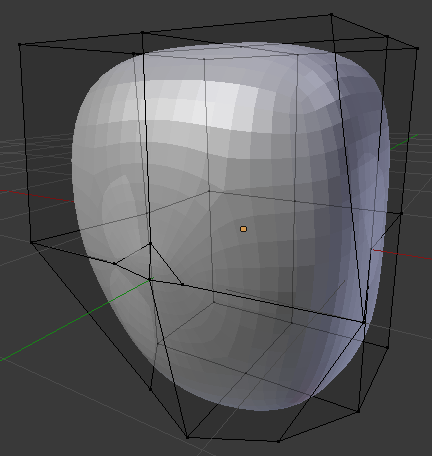 Select the new faces and extrude ('E') - don't move the extruded faces, just accept them where they are. Extrude again and this time move the new extruded faces forward. Your old mesh should remain unchanged (as it's protected by the extra band of faces) while you can extrude the nose. 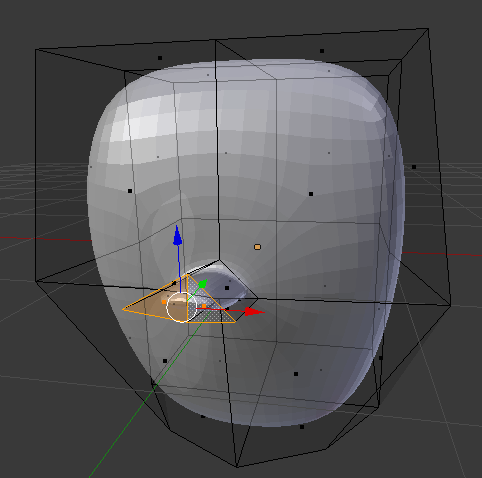 Tweak the edges and vertices until you get the shape you require. 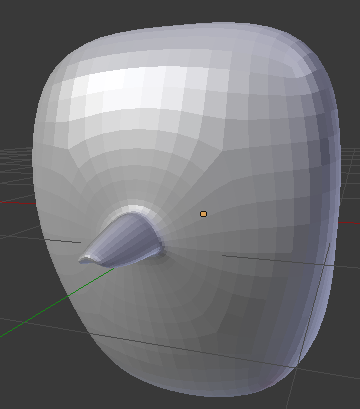 Combining the different answers, I came up with this solution:

Josh suggested that the mesh was "too low poly". He's right. But instead of retopologizing, I decided to add a Subsurface Modifier with a value of 1, and to apply it. It keeps the model simple and light, and doesn't deform the general shape. 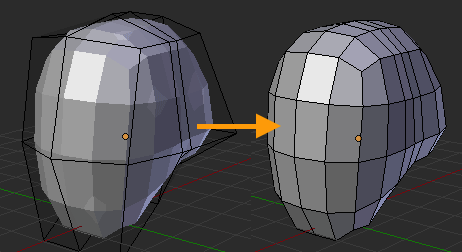 Rich suggested to use the Knife Project tool. It's a good idea, but also a bit imprecise (unless used in conjunction with a Mirror modifier). Anthony suggested the use of Inset to create faces in the middle, which was also a good suggestion, but created too much geometry gathered in the middle (instead of just one additional face) and new faces that are square.

These directions were good, but instead I decided to Bevel the first lower vertical edge by selecting the edge and using CTRL + B, thus creating two triangles and a square face. Then I Extrude the triangle-shaped face, Scale and adjust, then add a Subsurface Modifier:

3
Can not intersect duplicated loopcuts into model
33
Why are the longer edges being beveled more?
4
How to add detail to a mesh without subdividing all of it
1
How can I create an L shape with two beveled sides?
2
How can I keep hard edges with this shape?
1
Split (shortcut `y`) face to limit loop cut?
2
What does simple sub-surf do?
1
Technique to get a more organic shape from a base model head
2
How to achieve uniform Inset and Extrude on multiple nonplanar surfaces?