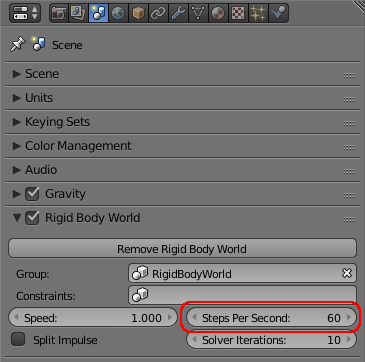 2
Why are rigid bodies not interacting?
0
rigid column and bean not falling correctly
6
How to improve the accuracy for a rigid bodies
0
Explosion before collision
1
mesh collision rigid bodies acting very strange. (bouncing, shaking, etc...)
1
Rigid Body not working with Passive / Animated / Mesh / Deforming
0
Why does applying rigid-body to a cell-fractured mesh cause it to explode despite collision shape set to Mesh instead of convex hull?
1
Active rigid bodies not colliding with passive ones