I spent a lot of time building up the armature of Piero (I'm following the Piero training course by CG Cookie) and then, after I was all done and started to refine it, I realized that the bones from the pelvis out to the end of the tail were pointing the wrong way - they need to have their heads pointing the other direction. Since I don't want to have to delete these bones and start over,I switched the direction of the tail bones,according with this post :

How can I reverse the direction of bones in my armature?

Now the problem is that all the relationships that were there before are gone and I have to create them again. To do this,I've got the final rigged version of Piero and I tried to understand what are the relationships between the switched bones. For example,the bone called DEF_tail.006 is connected to a lot of other bones and for me it's hard to understand what they are. Check the pic below : 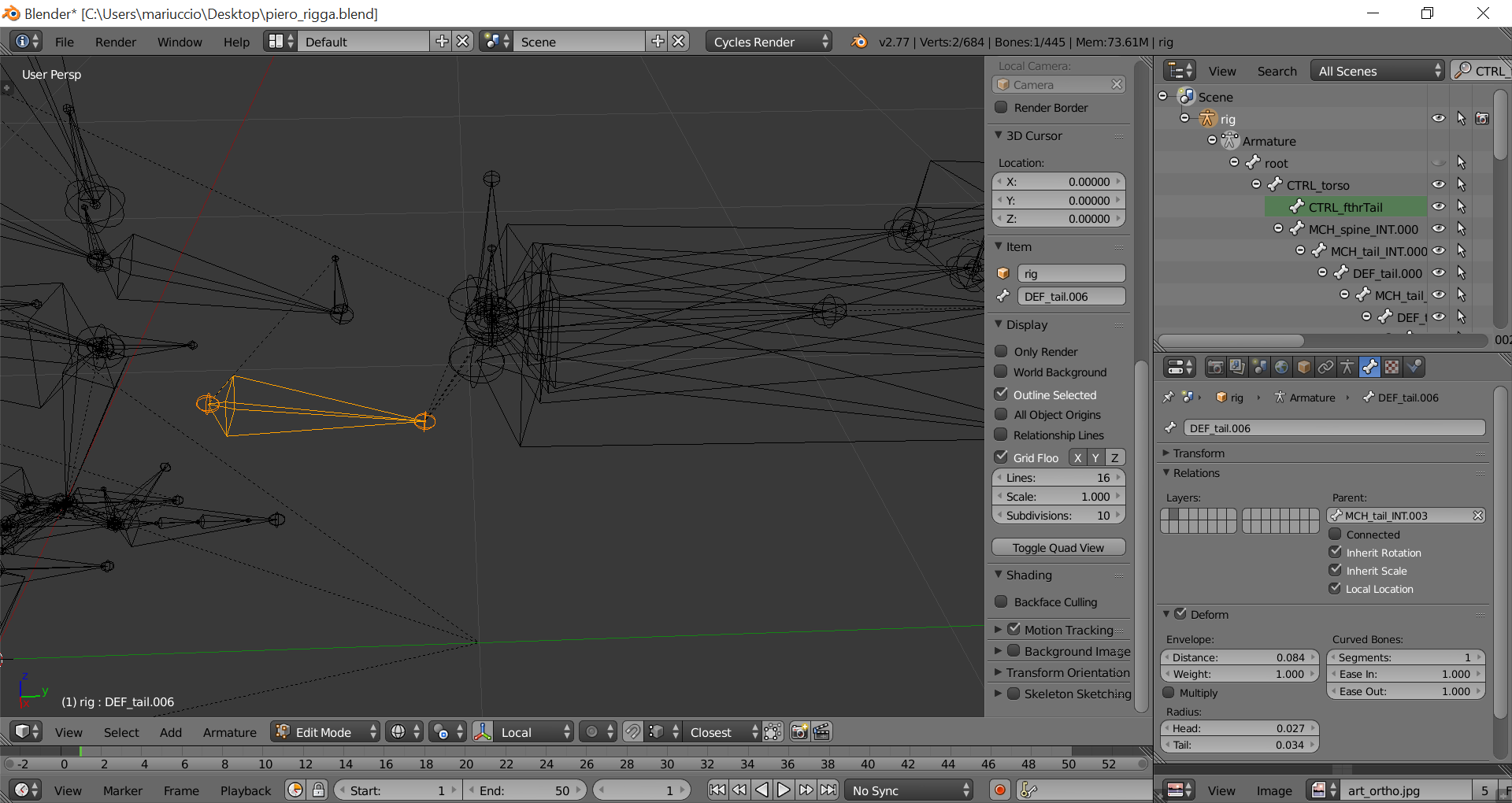 So,the question is : Is there a quick way to know the names of the parents that there are between bones without trying to guess by hiding them one by one ? thanks.

Browse other questions tagged rigging armature bones or ask your own question.

9
How can I reverse the direction of bones in my armature?