I have this voxel model and it's pretty high poly. So what I do is decrease the number of polygons using blender and after that I bake using selected to active on the original object to the copy object. Though I've noticed that it bakes the colors incorrectly: 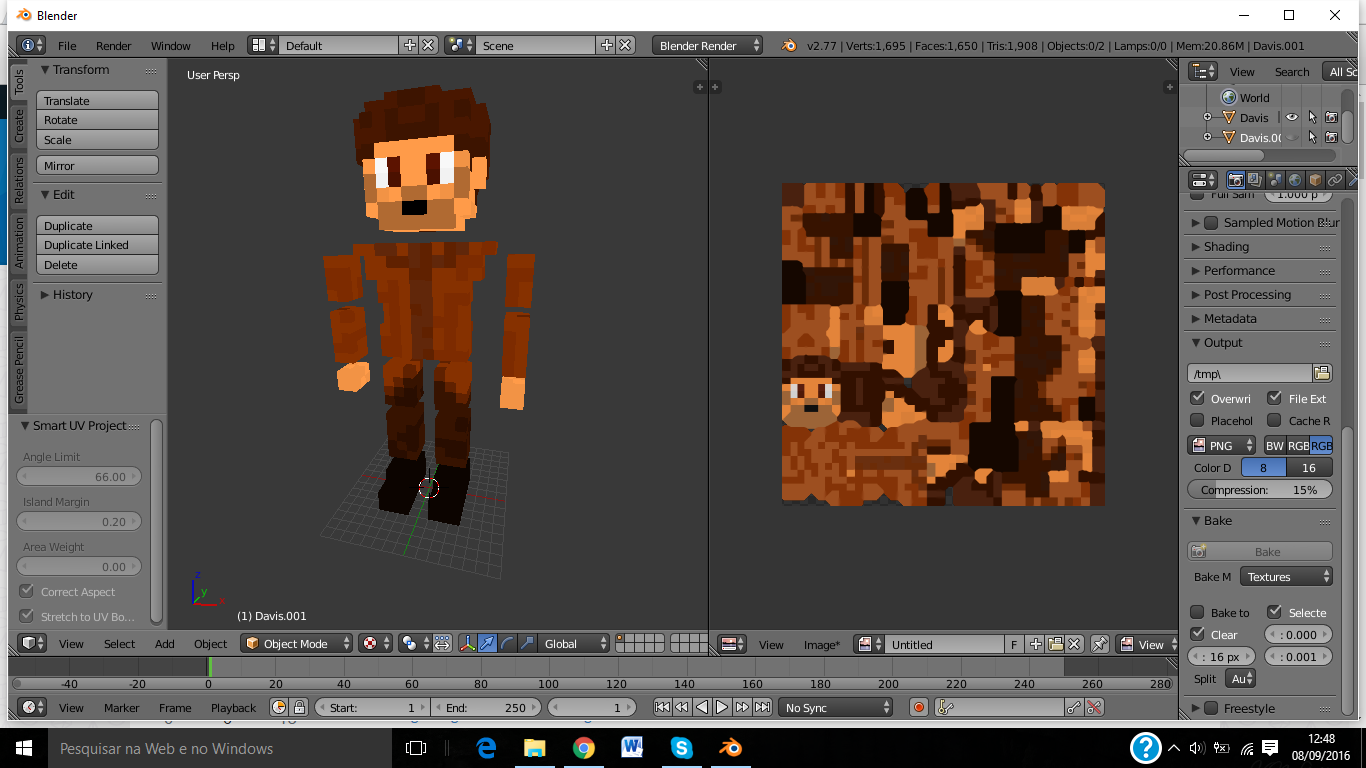 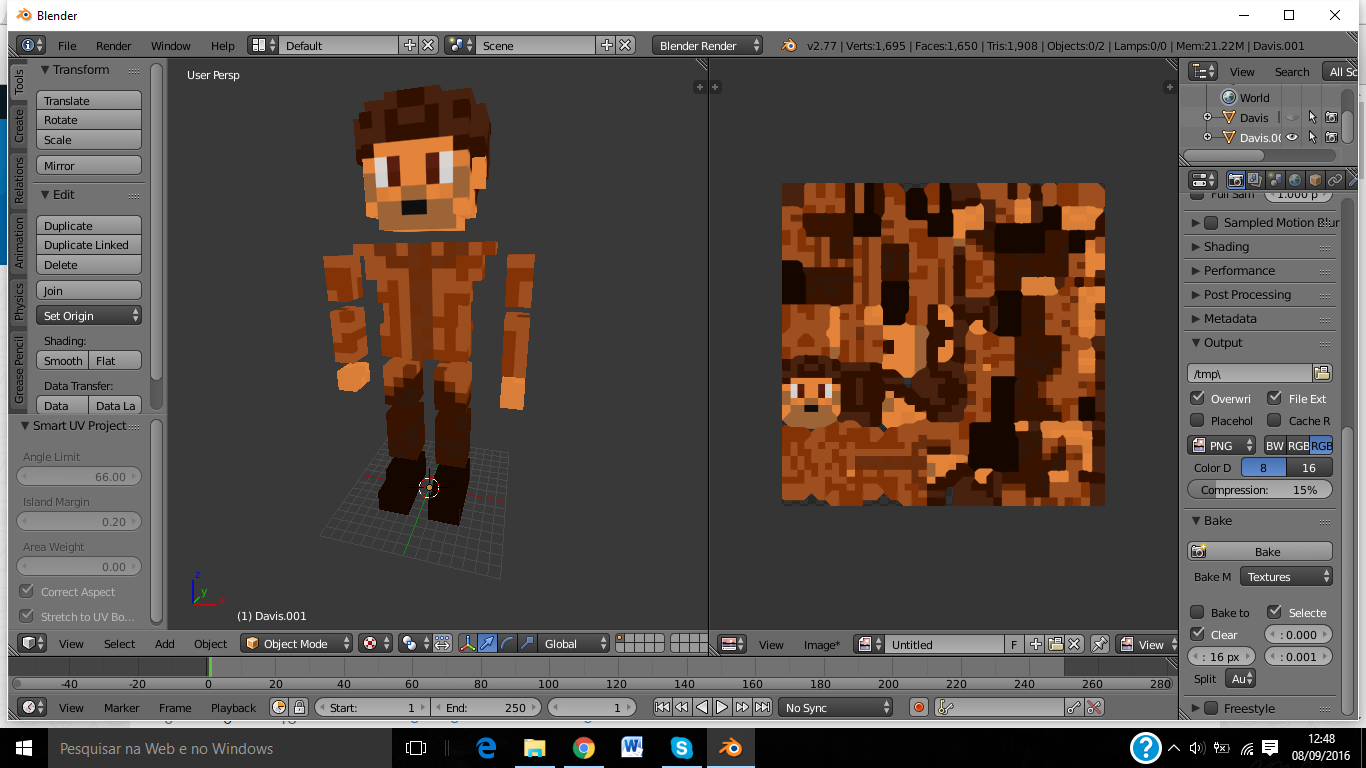 Not only that, but the texture also comes out blurry, probably because it tries to smooth out the texture, even though I really don't want it to: 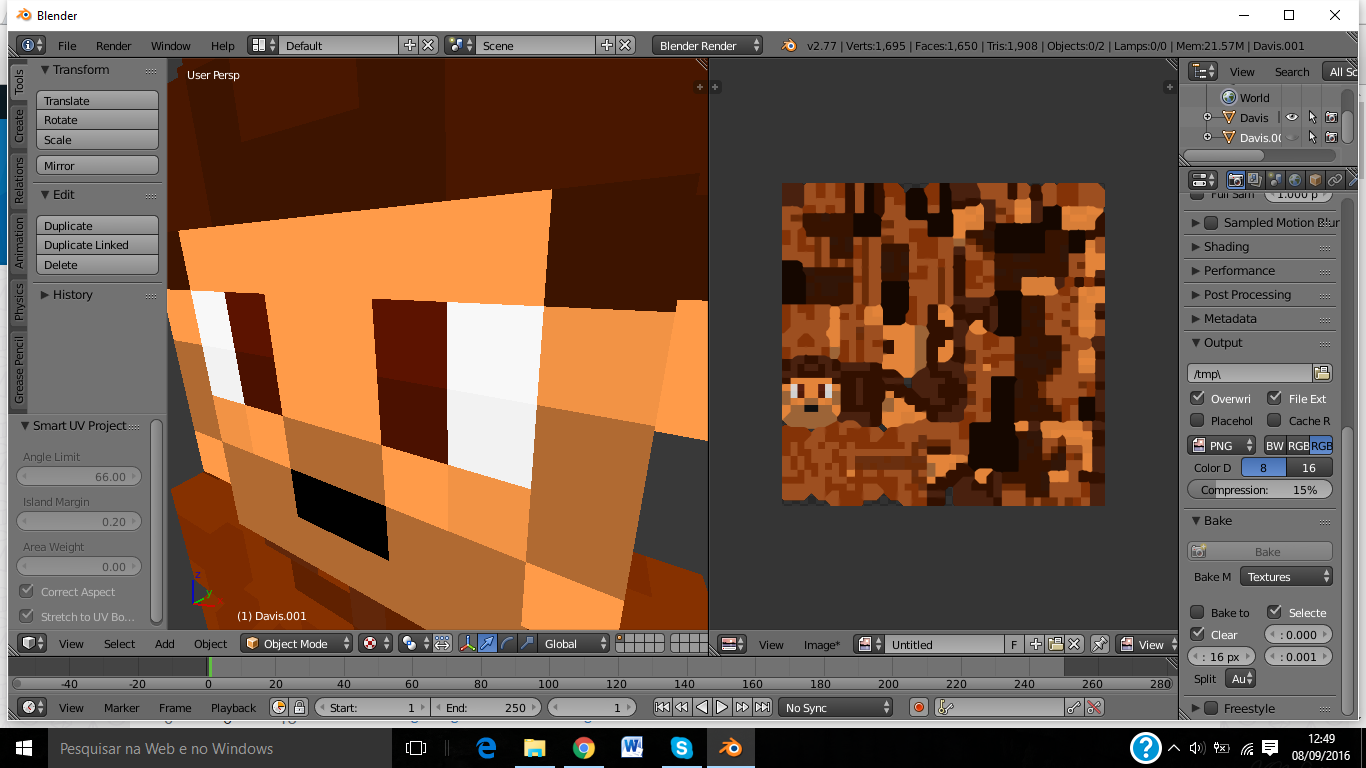 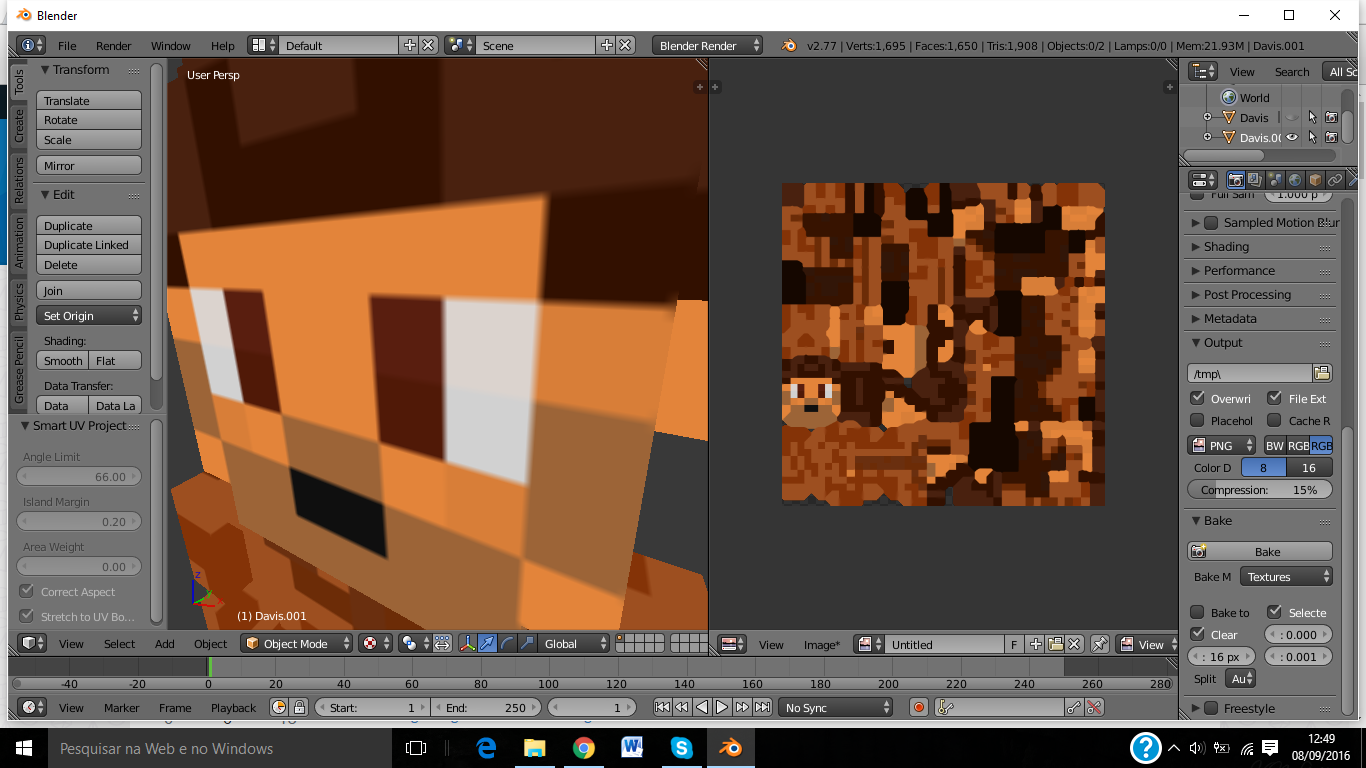 Is there a way I can fix these 2 problems? If you want to reproduce this for yourself, follow the steps I made in this tutorial: https://www.youtube.com/watch?v=5MY3rsq5JGw.

I fixed the incorrect color problem! I unticked "Interpolation" and "Mip Map" from the Original's Image Sampling panel, and then baked the texture. I still have the blurry texture problem, though. What I noticed is that the texture image itself isn't blurry, only in the model it's blurry.

I fixed the incorrect color baking problem by unticking "Interpolation" and "Mip Map" from the original's "Image Sampling" panel, and then baked the texture. As I'm using the model in Unity, I fixed the blurry texture by setting some values in Unity's inspector panel.