I'm trying to find the most simple way to put a spherical gradient texture on a plane (square) so that the circle of the gradient and the plane are aligned center to center and the circle fits the plane.

Using the node setup posted by LukeD in his answer, I do get the desired result starting from scratch, using the startup blend file. But with my project file, using the same node setup, the plane remains just black. Then I noticed a tiny little dot of a gradient circle in the middle of the plane, when rendered close up. It's very tiny and even pushing the colour ramp handles extreme to the edge just barely makes it bigger. I have my units setting on metric, with a scale of 0,01 because I work with centimeters. Changing the units to "none" and the scale to "1" did not seem to have any effect on the result. (see screenshot)

I added a mapping node with the "texture" tab clicked and a scale of x1000 to all 3 axes and this fixed the problem, giving the expected result (see screenshot) 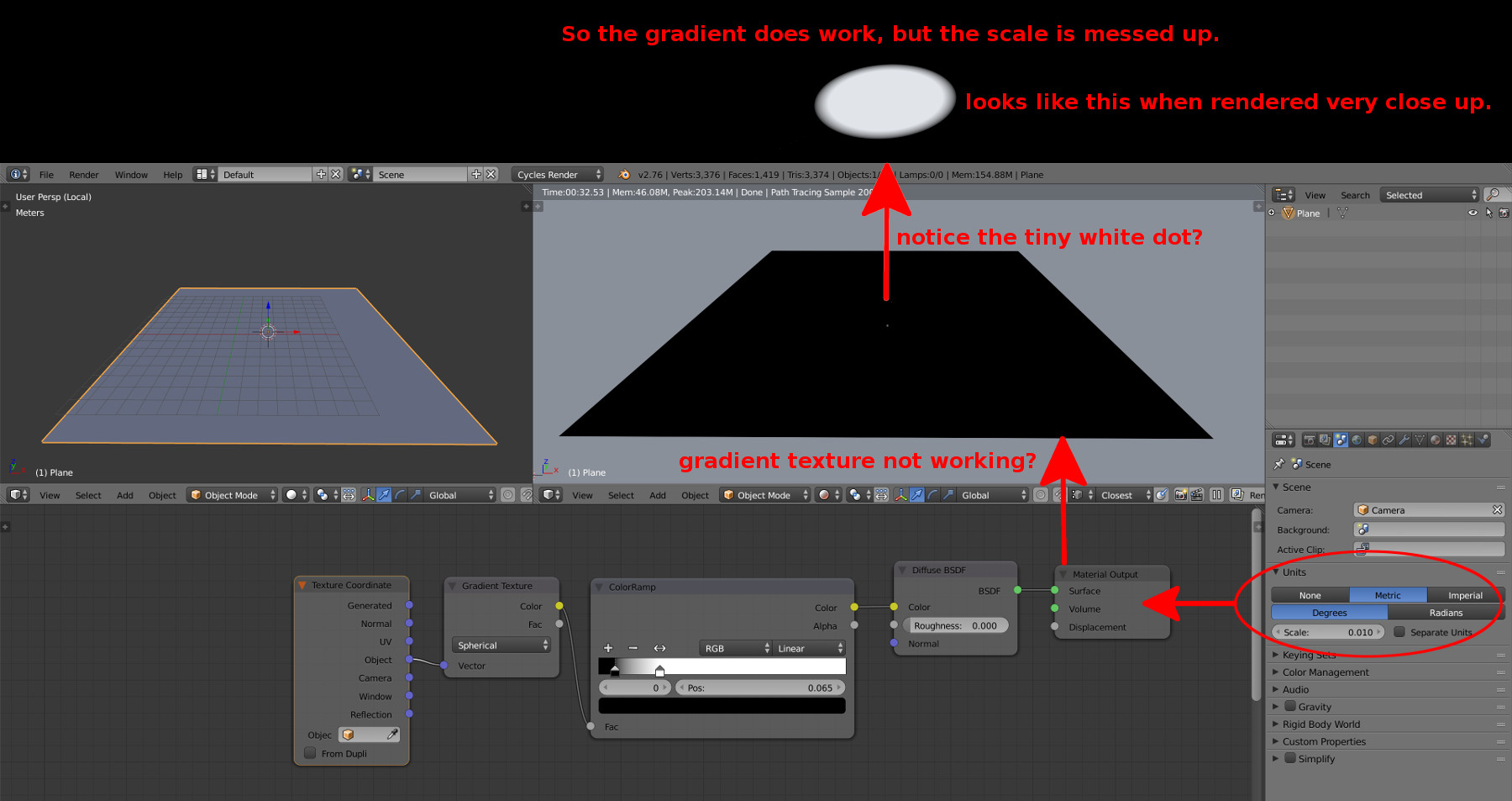 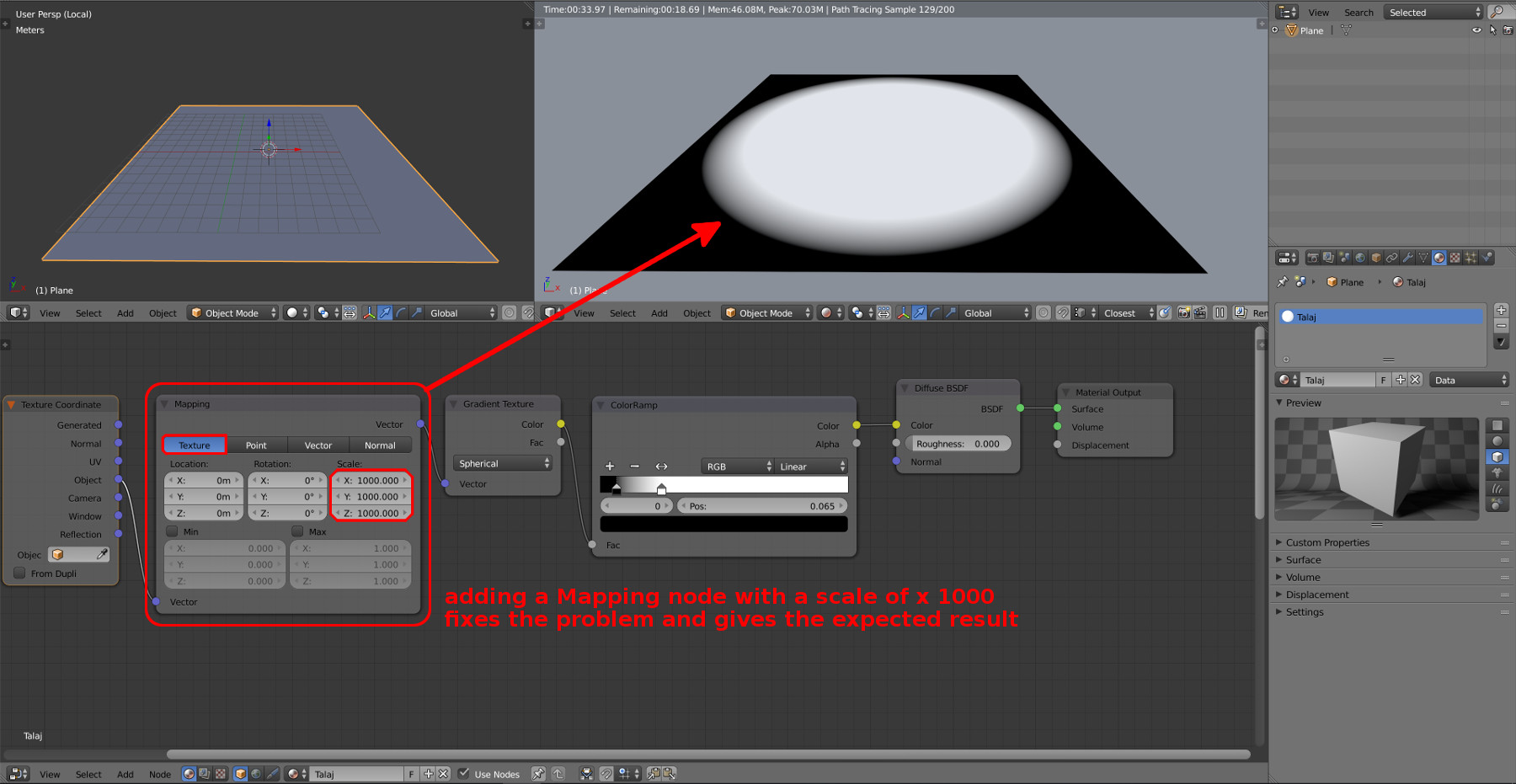 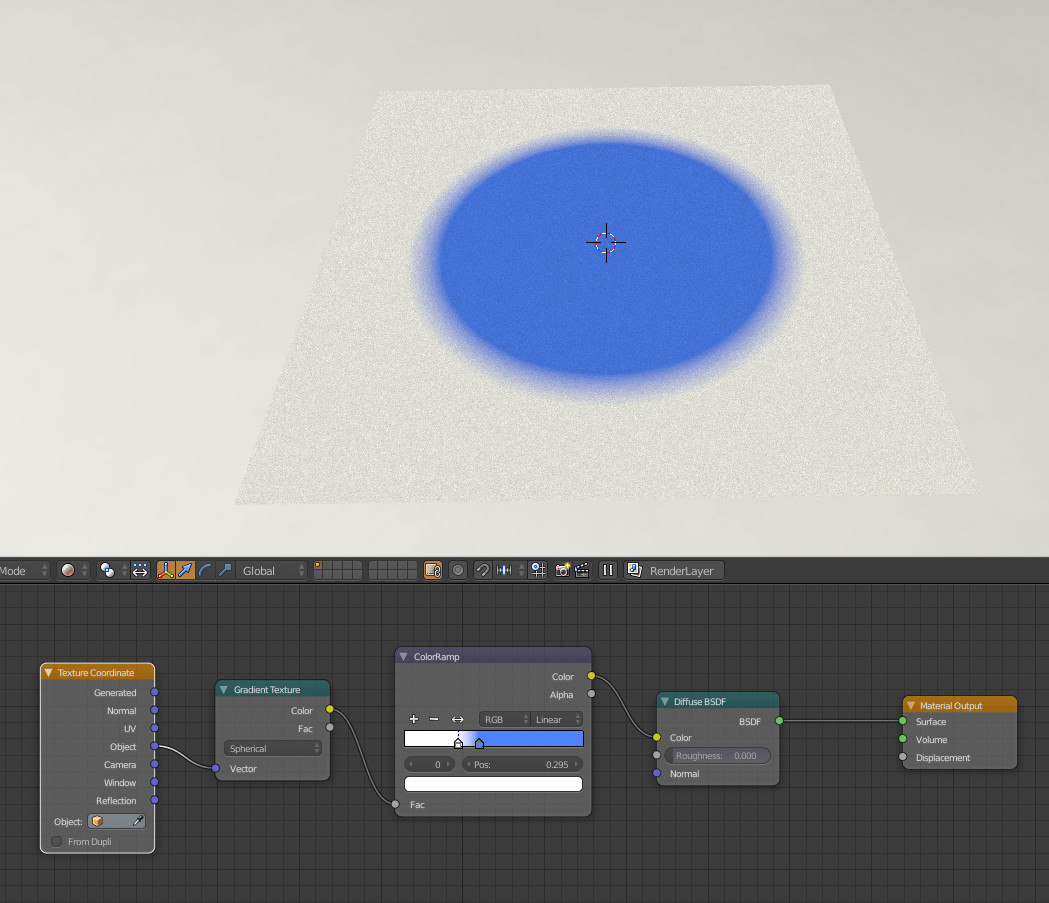 For transparency you can choose Color Ramp as factor for Mix Shader. 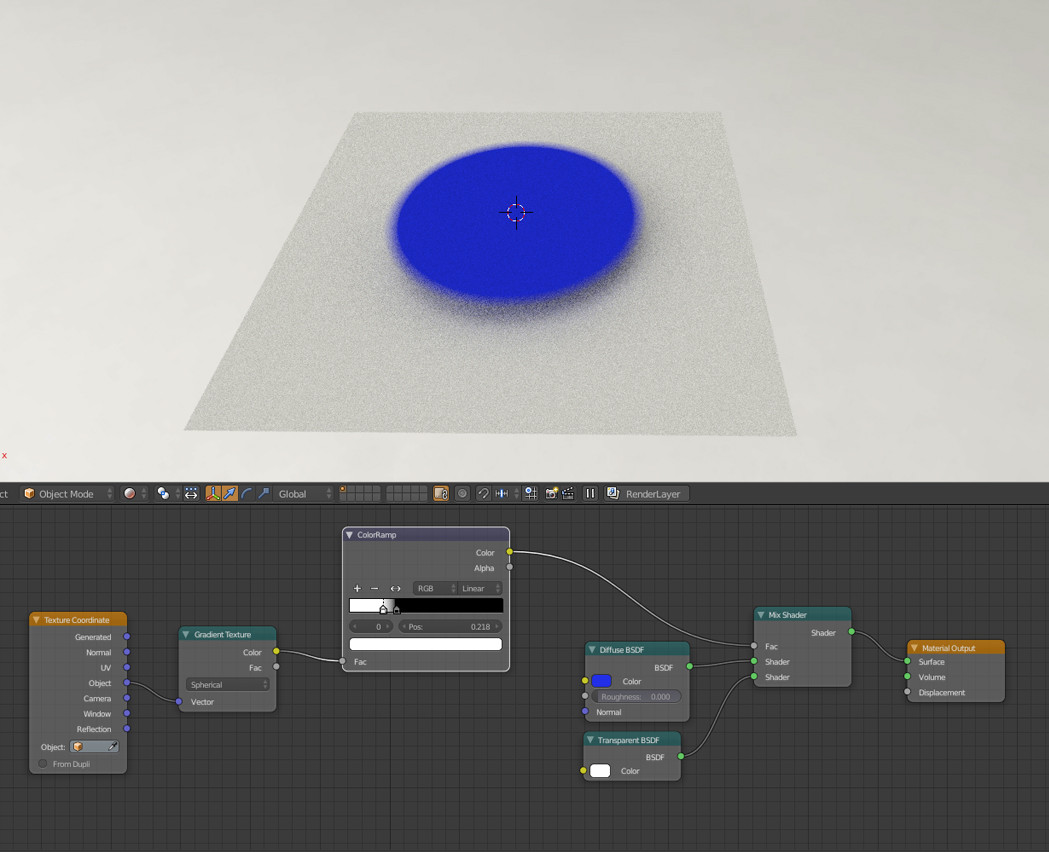 I have created scene with the same unit settings as yours and here is what we have: 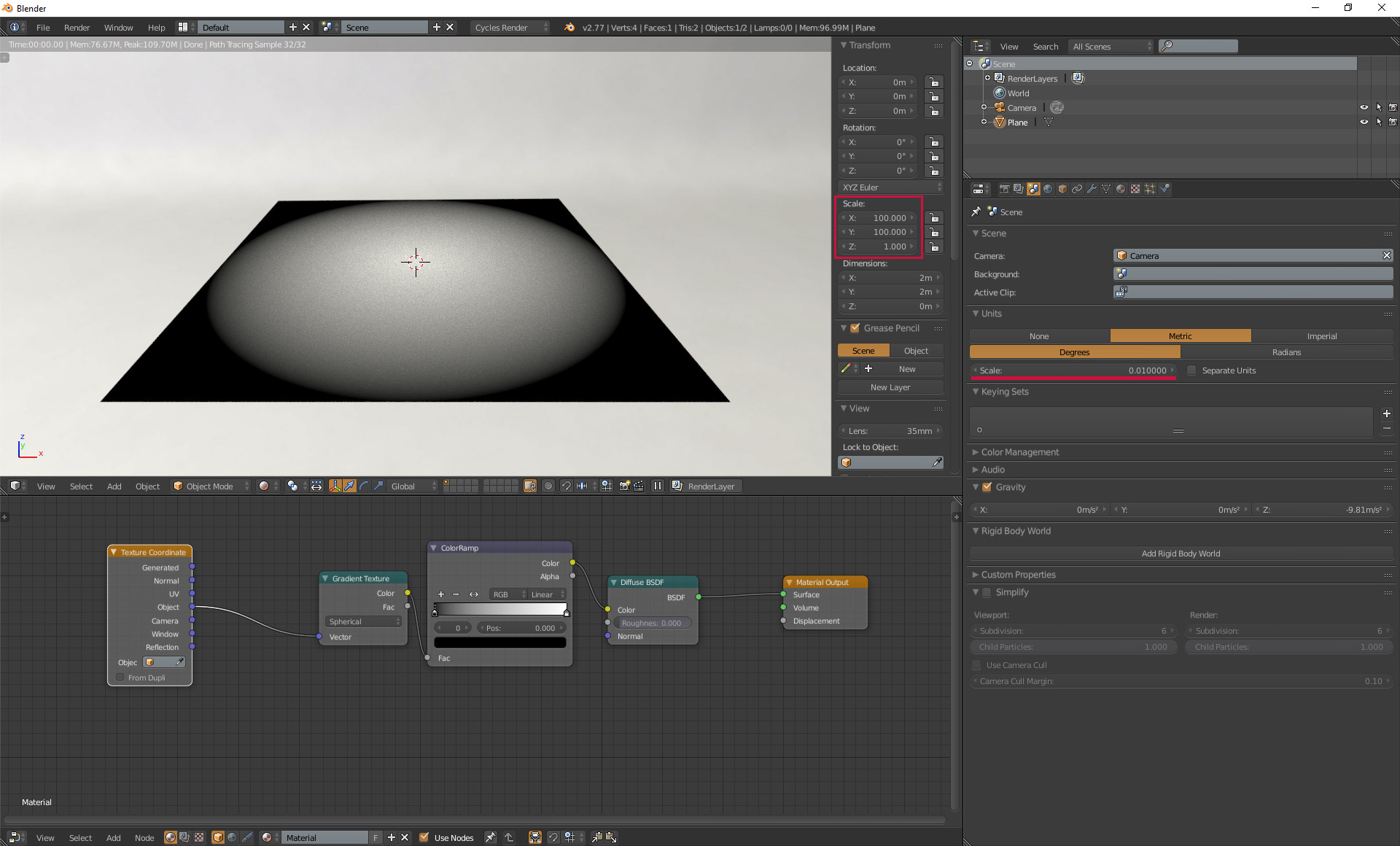 And this very same setup but with applied scale (CTRL + A). 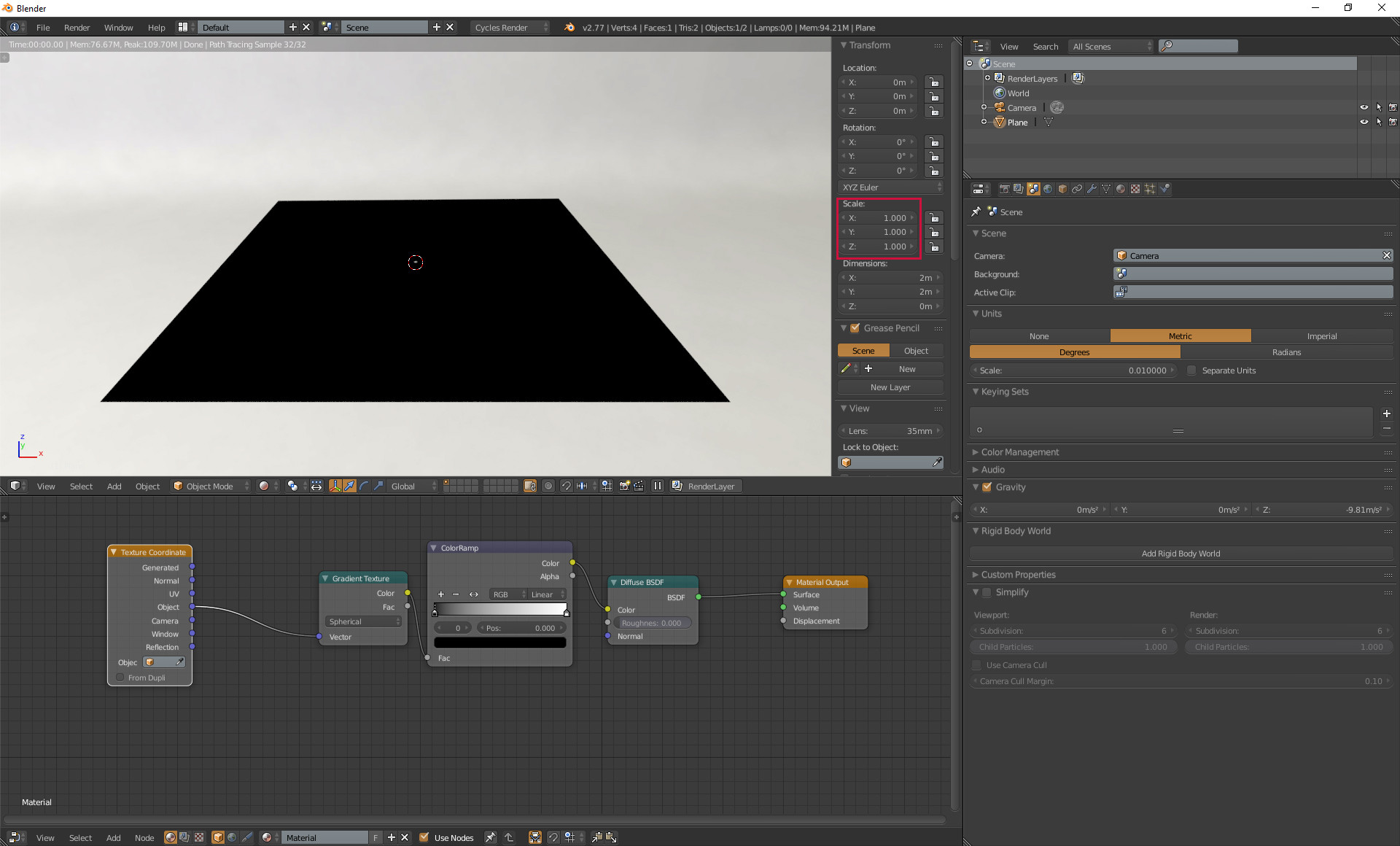 I have checked it in Blender 2.77a and 2.78 RC1 and it looks all the same. So my guess (as Blender docs doesn't cover much about Texture Coordinates > Object) it's not a bug but this is how those calculations works. Other textures behave the same. You can 'fix' texture scaling in Texture tab without setting Mapping node and calculations there are correct - scale 100. 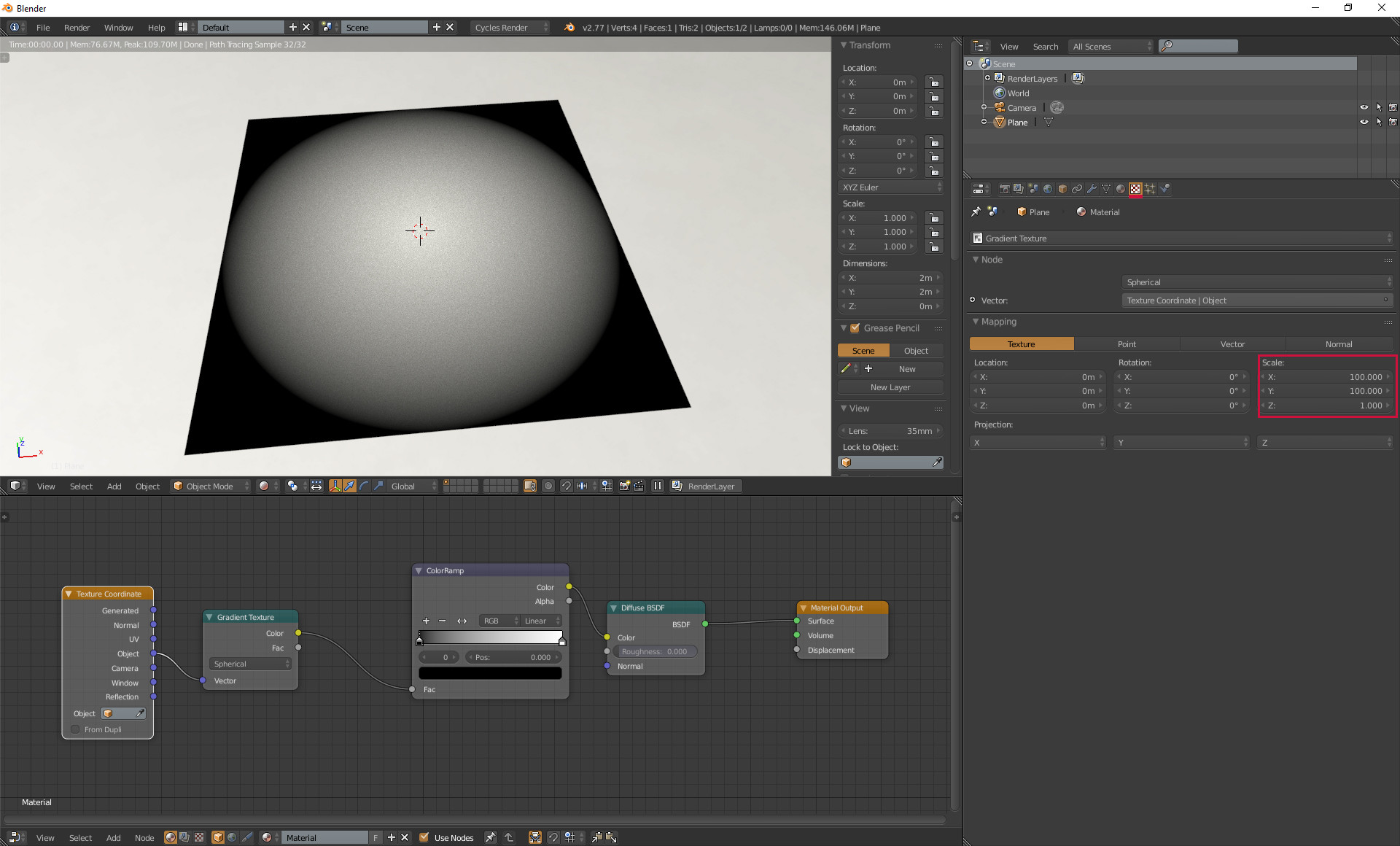 Good catch with other dimensions. Now I'm totally stuned about it. But here is a method that is working with every dimension scale (applied or not). Don't ask me why it is working, but it is working :) 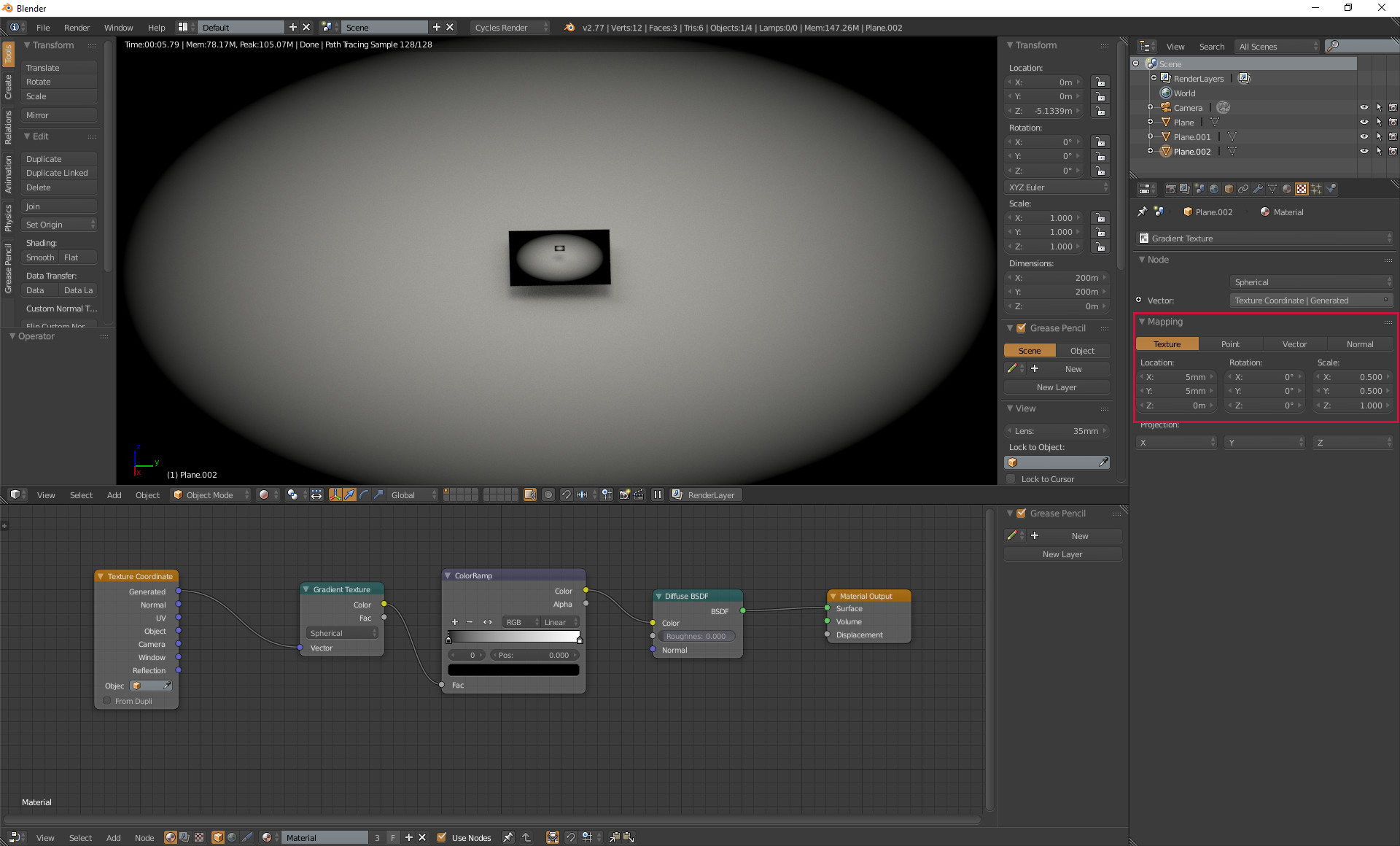 7
Repeat a generated texture in Cycles?
11
How to repeat an image which uses Sphere mapping in Cycles
10
How do I scale down/zoom out an environment texture?
0
texture coordinate node in blender - how to control textures with it
3
Spherical Distance-From-Center Gradient
6
How to make tileable procedural noise texture?
0
Gradient (spherical) on combined surfaces not working