how to set white or black background of textures transparent

I have a muzzle flash texture I want to use for my game. But they all have black or white background. It doesn't look natural on shooting and I want to remove the background. 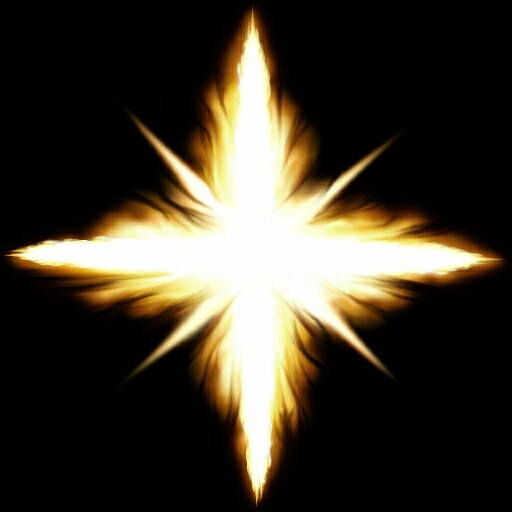 This is the texture I had in mind

There is a method to extract foreground from black background - in this answer I implemented it in compositing nodes. It works like this:

You can use this in any app you like (photoshop, afterFX, etc.) or you can implement it inside Cycles nodes (click to enlarge):

You can use other shader types than emission, but you have to have 3 copies with R, G, B colors.

There are 2 possible ways you can composite an image with black background - treat it as emission (with add operation) or occlusion (with this per-channel masking method). For both in single image (like object with glow) you need associated aplha (and .exr in Blender). 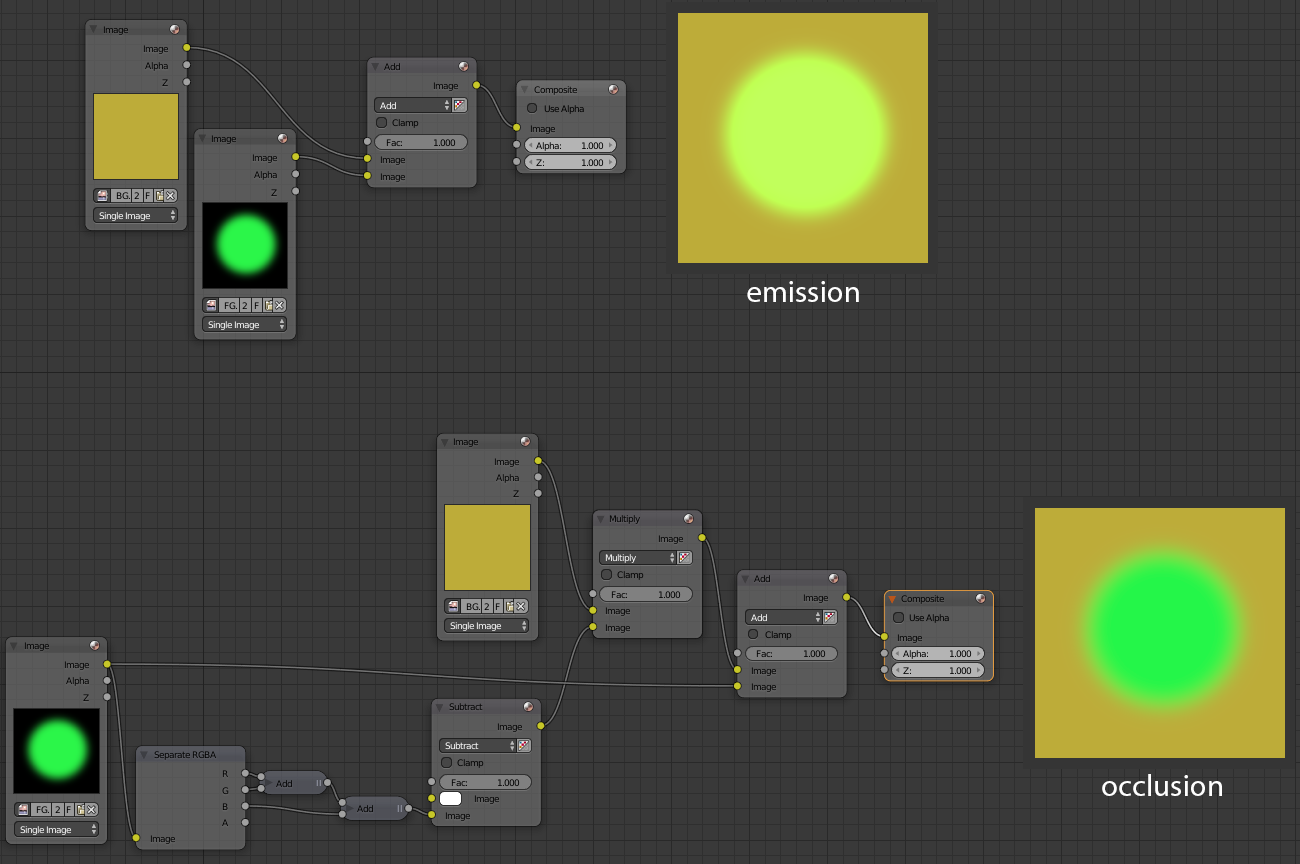 Alphas are far more nuanced than people would typically know, or choose to acknowledge.

An associated alpha image is effectively a record of emission (RGB pixels) and occlusion (the alpha channel). If we view such an encoded image without alpha, it would appear as nothing more than the image composited against black.

If we apply this logic to your question, we can see that we have the emission recorded fine. We simply don't have the occlusion. In short, with a composited on black image, we are already halfway there. The second half would be via a generation of the alpha channel.

There are two manners to generate alpha, and given that this is a fire-like explosion, it is a perfect example.

When captured in an image, fire has both occluded areas, where particulate and such occlude a given ratio of a pixel's window. That is, we could consider a pixel grid as being a wire screen, and the unknown geometry that lands across any particular grid as being the occlusion ratio. Where there is solid geometry occluding the pixel grid, we set the alpha to 100%. Where there is zero occlusion, the alpha is set to 0%.

But what about fire and the atmospheric glowing emission that isn't occluding at all? That would be 0% alpha and any nonzero RGB value.

So in your above image, you have two ways to set alpha:

The following demonstrates such a node tree that covers both versions, the upper being the alpha that will embody a glowing bit of emission and some occlusion, with the lower being a more "vanilla" alpha where the max(RGB) represents the amount of knockout: 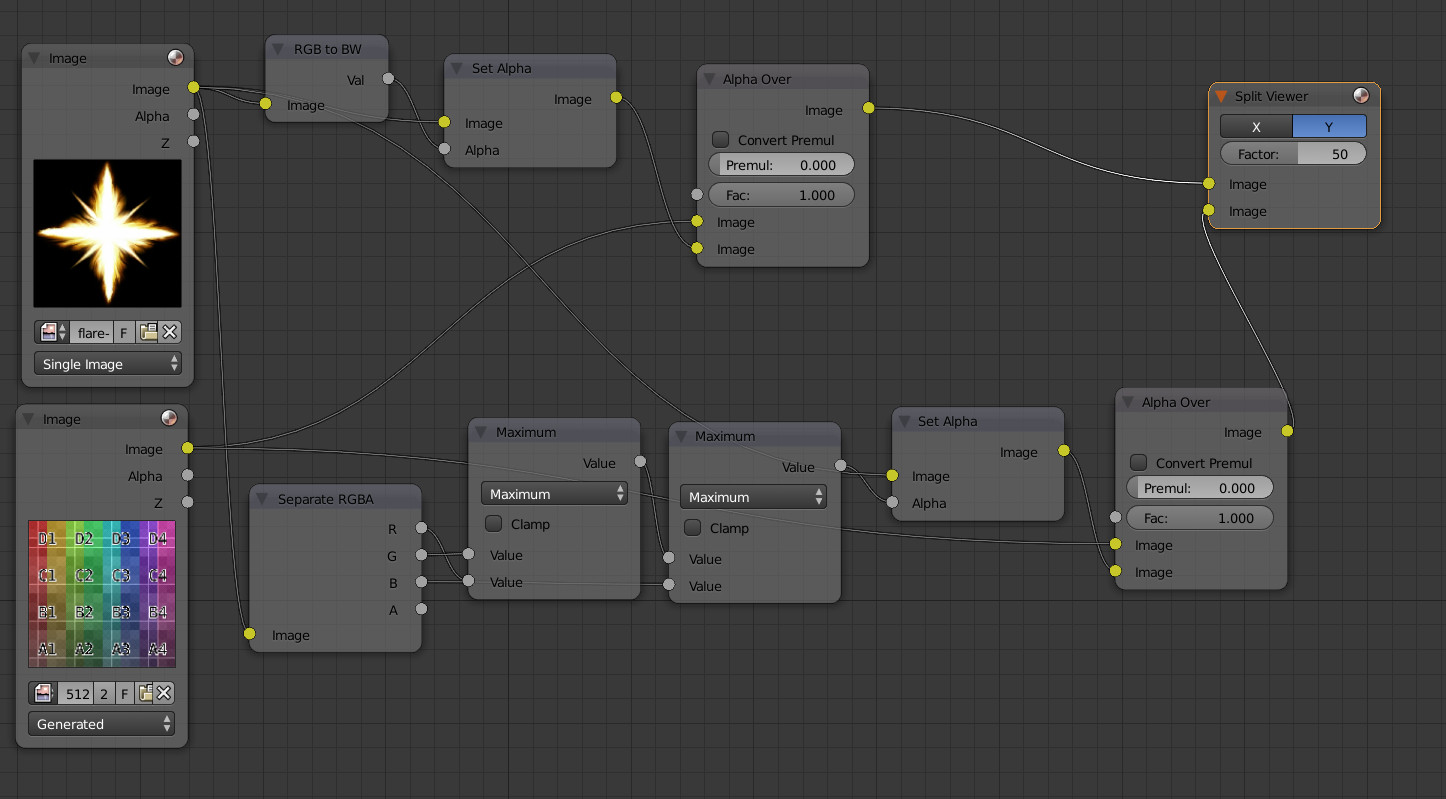 And the result, in animated form to demonstrate differences:

If you try either of these techniques, you will likely find that the latter has a more nuanced look because it is closer to a physical reality within the confines of our image manipulation models.

Always remember, there is only one true alpha, and it is the one that can represent both occlusion and emission. It is not unassociated (aka the awful terms straight, key, etc.)

PS: This is why frequently element plates will always be shot against black, not white. If it isn't going to be keyed, black is the ideal background.

For a muzzle flare, rather than using alpha, you will get better results with a Screen or Add bending mode. In the game engine, your only option among those is "Add". It's an "Alpha Blend" setting of the "Game Engine" section of the material properties. Here are some old docs: https://wiki.blender.org/index.php/Doc:2.6/FAQ/Game_Engine/Transparency

i usually use an easier method where i plug the texture to a shader(usually emission) and use shader to rgb node, then a color ramp and give it to the factor of a mix shader between transparent bsdf and the first shader we gave the texture to. I get good results usually just playing with the color ramp handles.

11
Combining multiple textures with a white background
0
Transparency not working in cycles
0
Texture problem: model only renders in black and white
0
Can i colour black and white textures in Eevee?
0
Imported OBJ file with transparent texture has black background
1
How do I eliminate the white outline on my layered textures?