I have two different cameras covering my animation. Is there any way that I can make them both render at the same time so that I don't have to render each view out manually?

Next select the inactive camera and make it active.

Then go to compositing and check Use Nodes. Now delete the Composite node and add another Render Layer node (Add > Input > Render Layer).

Lastly, in each of the output nodes, navigate to the paths that you want each camera location to be saved to. But be careful not to choose the same path for both nodes, because one output will overwrite the other.

All that's left is to hit render animation and watch the magic happen.

I think there is even faster solution to do this. It might not cover your question properly due to the fact you said you wouldn't like to render them both manually, but in that case, keep in mind that you are loosing a lot of time rendering in this way.

I had the same situation before with some scenes, and the answer above (from palkonimo) is correct, but it might slow down your rendering time drastically due to the fact that your PC is using either CPU or GPU (depends which one is set as default) to render the whole scene together. This means your PC will use 50% of power (for each camera) to render both of these two render layers separately.

I advise you though, not to do this if your PC is not well ventilated, so watch out for your hardware temperatures! Also keep in mind to have enough powerful PSU to do this, because both CPU and GPU are going to be working on 100%. I should also emphasize that this works only with Cycles as much as I know. 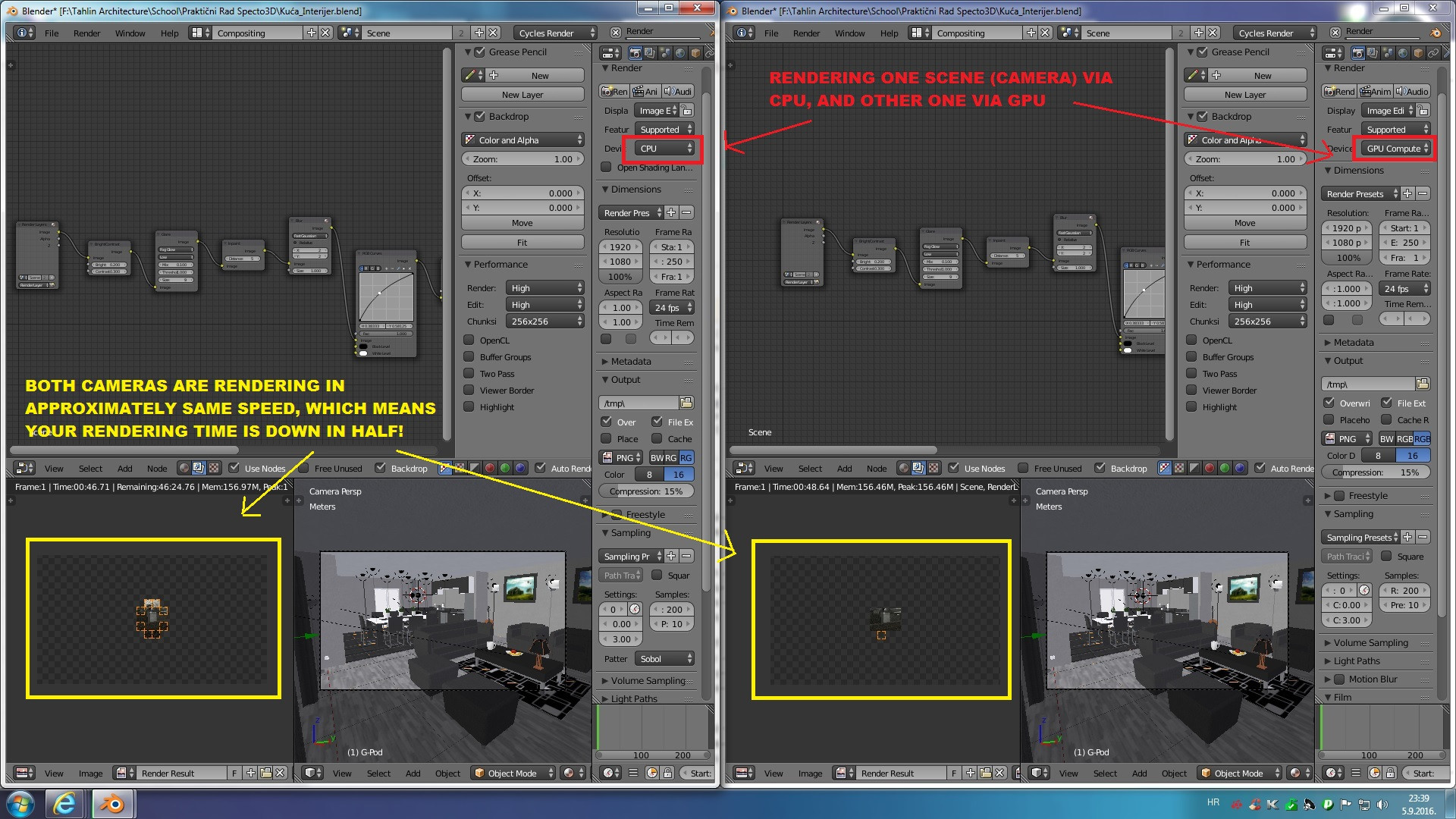 There is another way - set up Multi-view cameras. This will result in multiple frames being rendered for each frame of the animation, one from each camera and each with a suffix specific to that camera.

4
continuous sequence of frames with multiple cameras with each camera starting at start of animation?

0
How to prevent unused cameras from playing their animations?
1
How can I render different scenes at different frames?
5
Need to get a 360 view of the object using cameras
2
Multiple objects following the same path at different rates
3
Animating judo throws and working with two animations at the same time?
0
How to render all cameras in the scene automatically
1
All cameras looking the same way despite being directed another way
0
Keying two armatures at the same time
4
Look through 2 different cameras in 2 different viewport?