For an animation project I'm working on, some vehicles with a warning light - these plastic ones with a rotating mirror inside which you can find on top of police cars, firefighter trucks (blue) or excavators and construction trucks (orange).

Some time ago I read a question (I am not sure if it was on stack exchange or somewhere else) where someone wanted to create glowing buttons. The answer which was given to him was something like "cycles is a physically-based renderer, so try to model like in the real world". So the solution for that was to model a button and put an object emitting light below.

With that answer in mind, I modeled the light as it looks like in the real world. A basic plastic casing with a separate transparent part (Glass BSDF), the mirror (Glossy BSDF) and a kind of light bulb (Emission). So far so good. The problem with that is, you need an unreasonable number of samples to make it look alright. You can have a look on my results below. 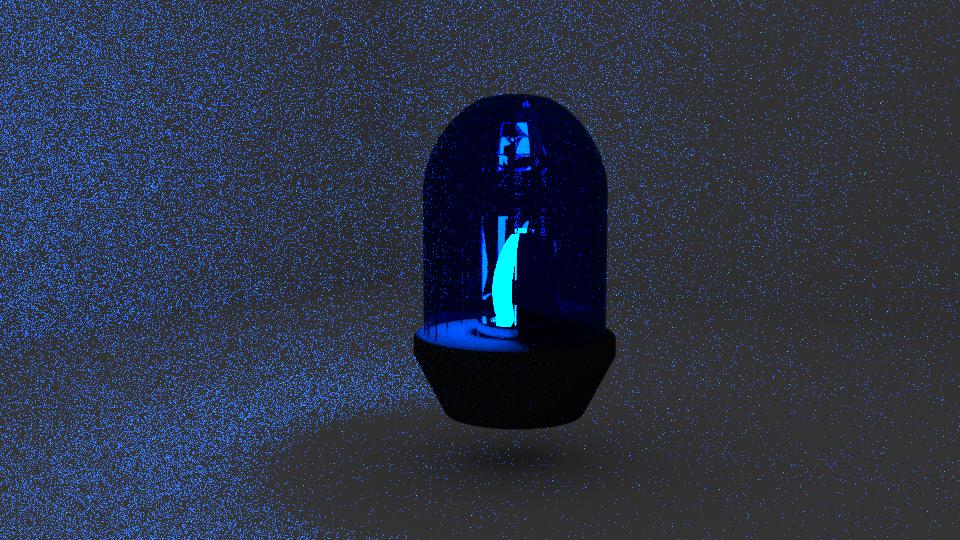 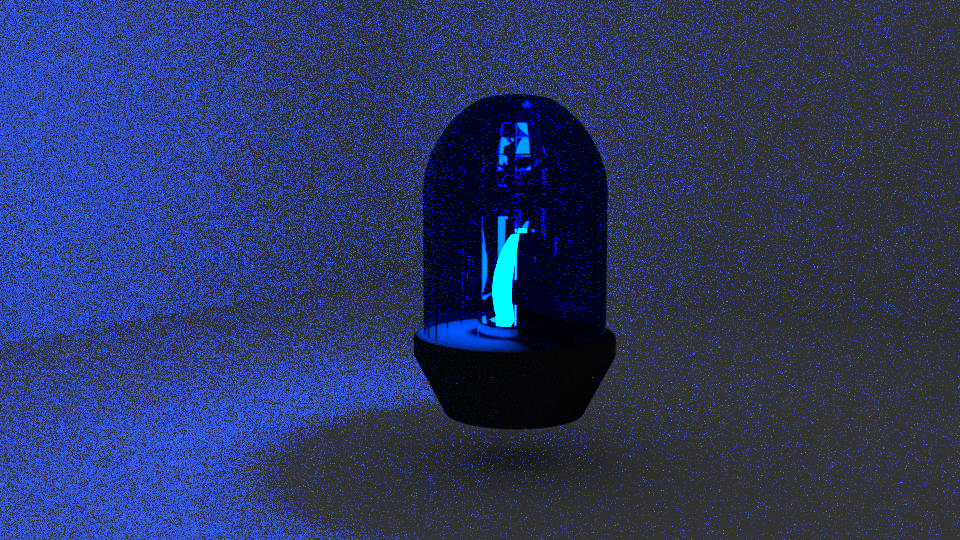 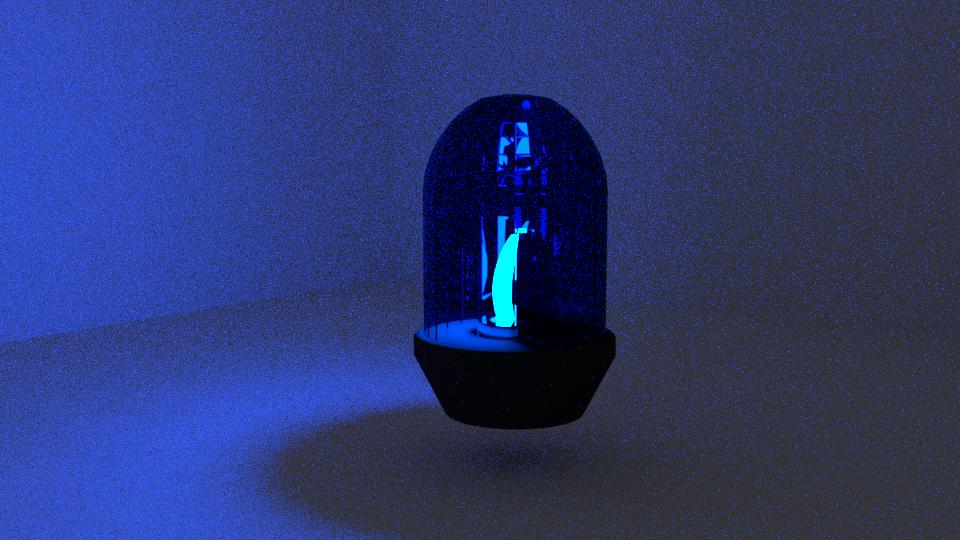 This example scene has only ~1500 verts and the same for the faces. The vehicles I made have up to 80k faces and there is also a landscape around.

My question is: Is there a better way (in terms of rendering time) to achieve the same or a similar effect? 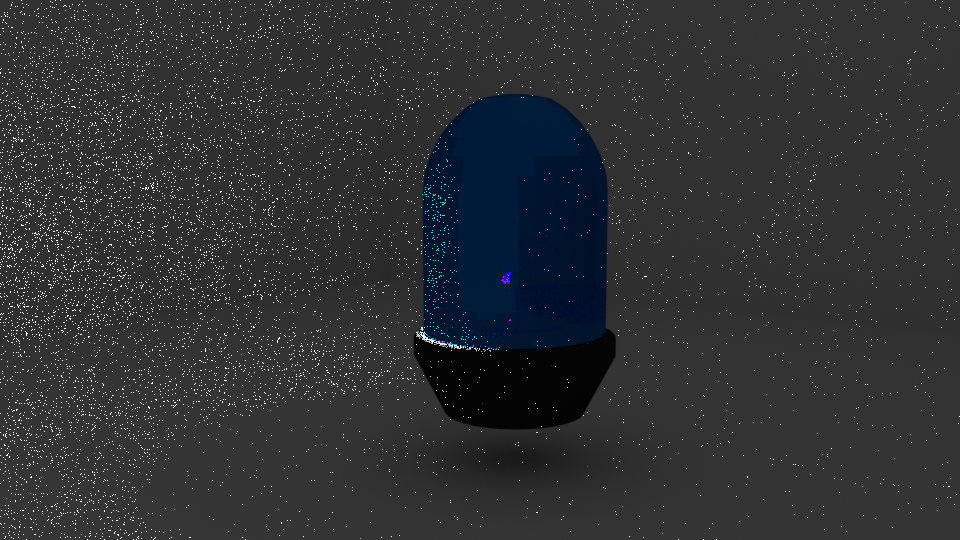 I can't see any real difference between my first try and the suggestion by pycoder, except that there is no illumination from inside the hull. Even the time needed for rendering does not realy changed. Did i do something wrong? 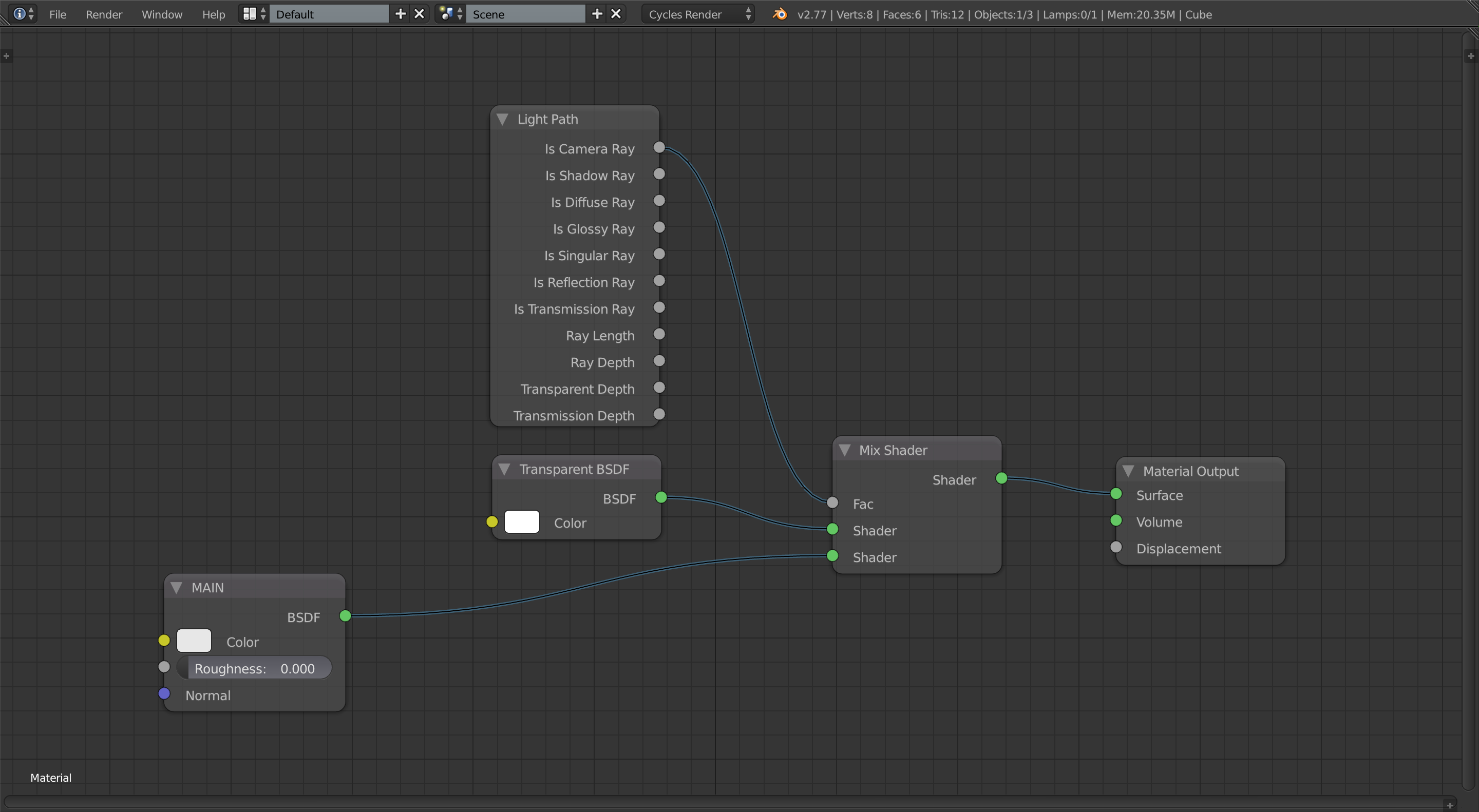 This will make your glass look like glass when the camera sees it, but not even exist when other objects see it. Doing the same with the bulb and then adding a point light would also be an improvement to sample count.

Note: This is not physically correct. To get better render times from cycles, you need to pull tricks like this to improve sample count.

After playing with your file I got this (25 samples): 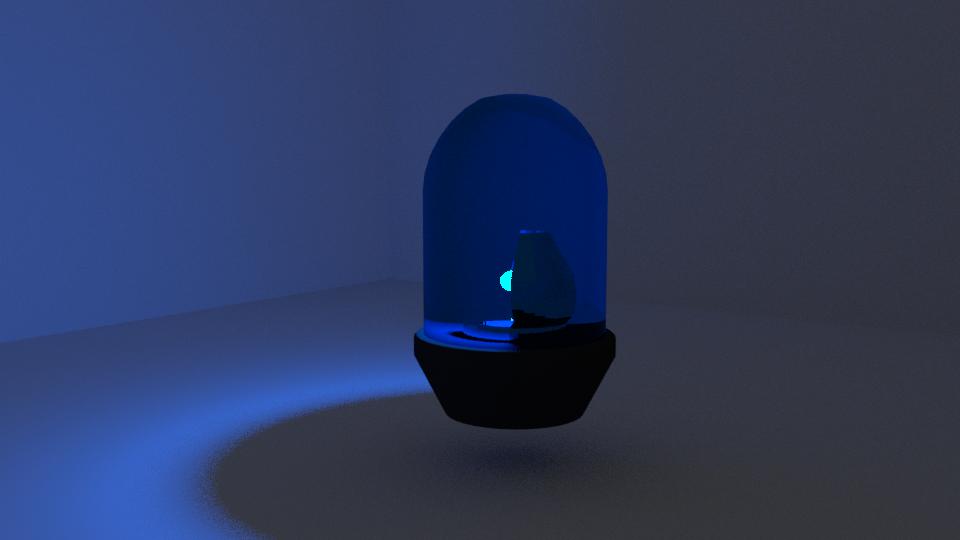 Here's what I did - switched device to CPU and disabled reflective caustics. (I also did a little trick with smooth shading to improve the look of the siren, but that's another topic.) 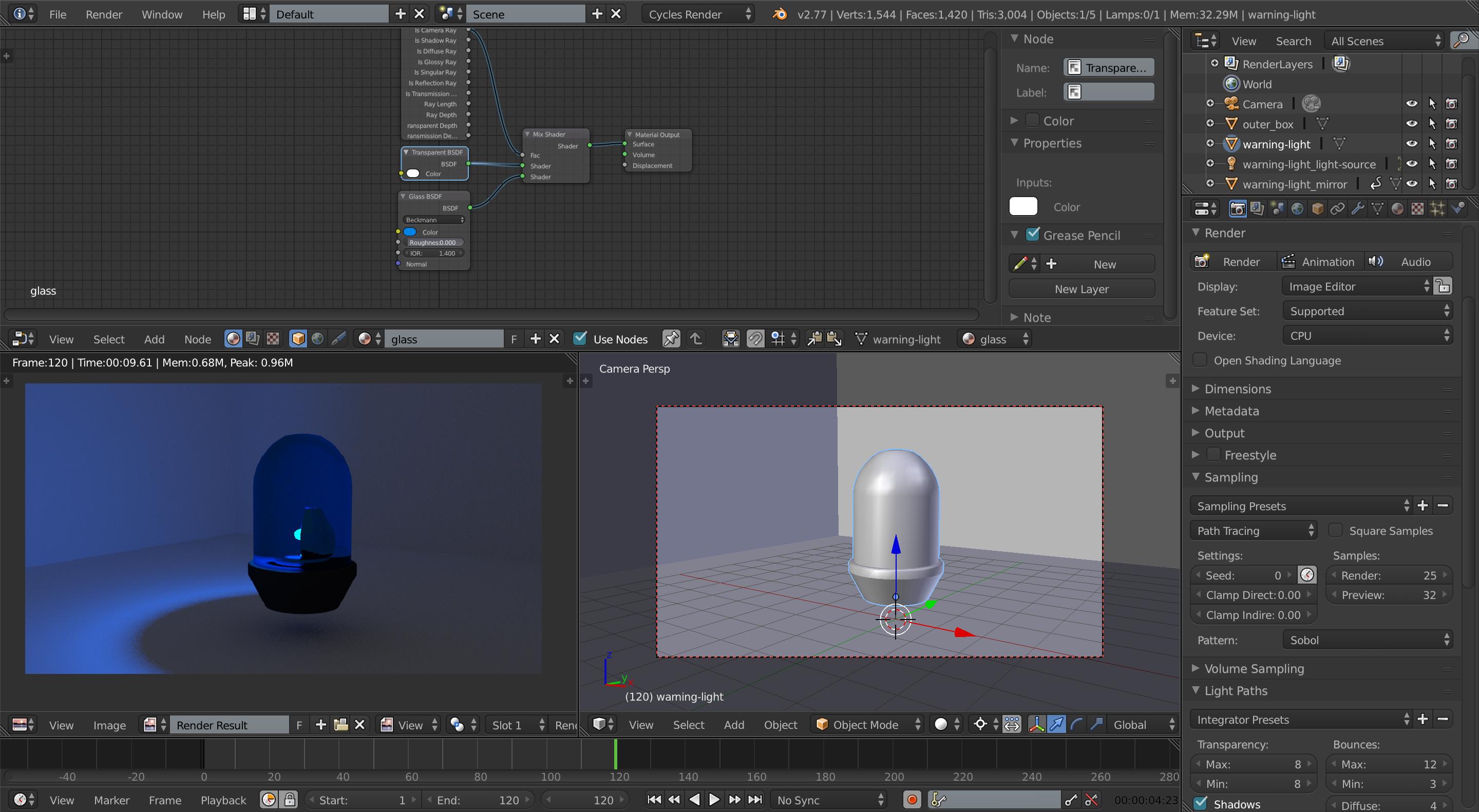 Other than the changes in materials you might get as answers. You can try clamping, filter glossy, and using a stronger light source. If the plastic casing is made from many materials with a mix shader, set the factor as (is transmission ray) from light paths where the blue-coloured material is the one on the bottom. Clamping can be found under sampling, set the clamp indirect to 9 and keep getting down until you find a noticeable effect. Filter glossy is under light paths and I usually set it to 0.5

Lots of changes which could be made to reduce fireflies could be found here.