How do I stop hair particles going through the body and the head?

Target : I intend to have long lady hair that go swirling in the wind. I am trying to achieve that through hair dynamics.

Problem: Hair are going through mesh(body and head). I am using blender 2.77a. I have read other existing solutions, but none of them helped.

Solution 1: I am able to achieve mesh collisions(using some other object)with hair particles. But when I am placing some proxy object under head, thats not helping. I have tried collisions to be as slow as possible.Here's the link to similar approach. Stop hair from falling through emitter mesh

Solution 2: I have also tried using force field but that didn't help either. As when wind comes into play, hair particle stop respecting body mesh. I am newbie to the blender world, and I would appreciate any help from blender community. 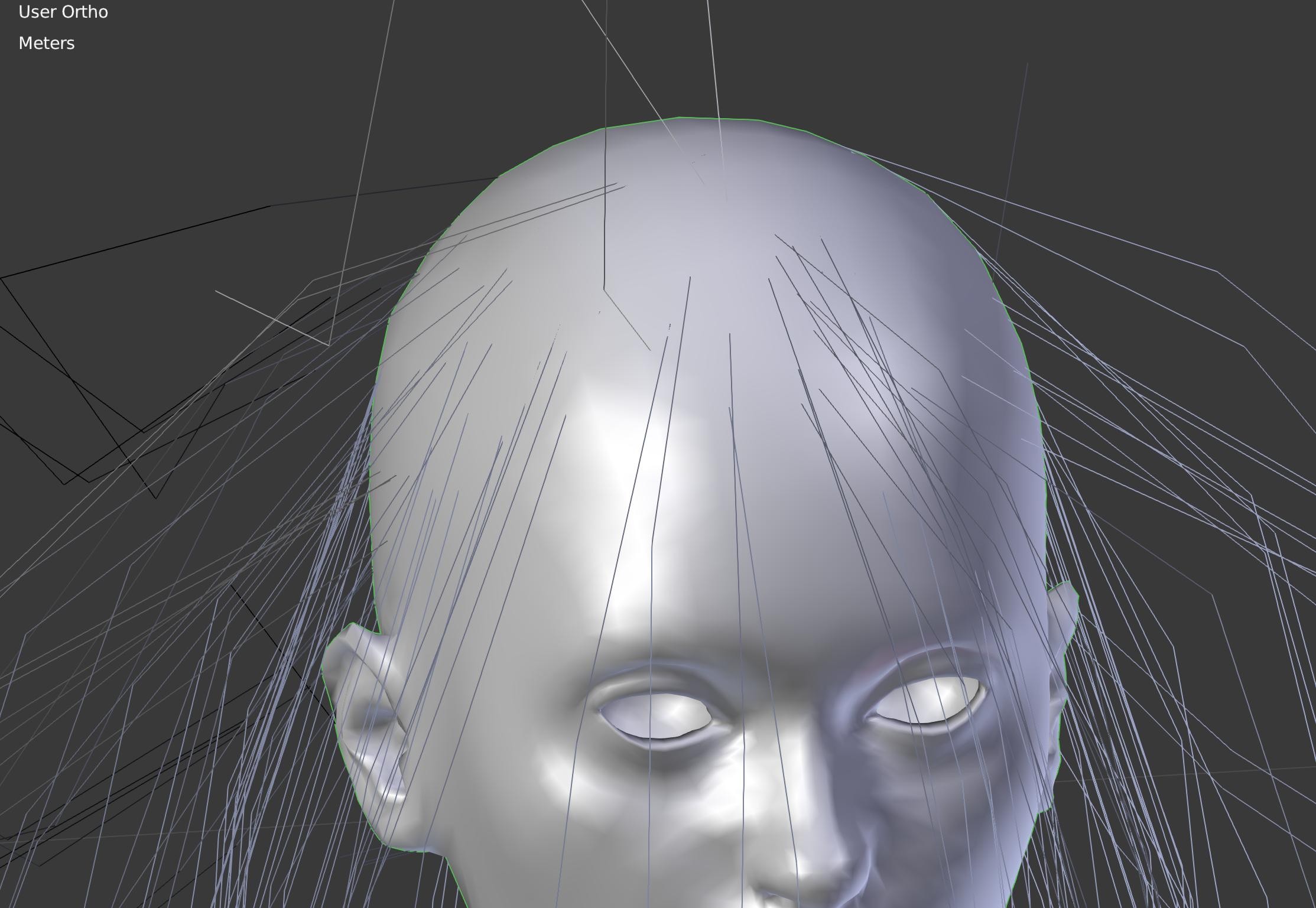 Collision with the emitter is not supported yet (2.77).

But there is a workaround for this problem. So you want to collide the hair with the emitter but there is no self collision? Well but collision with other objects works, right? Right! So you simply have to duplicate the entire emitter mesh and set it to a "fake self collider!

How it is done:

Now your hair should collide correctly with the emitter!

The issue is...that the calculations are not precise enough to work in the default scale of scenes in blender (1U=Meter). To get HairDynamics to collide properly. You have to scale up the entire model (e.g. 1.75m human) by 10 or 12 times. Then even Steps=1 is enough to get porper collision.

One issue that still remains is:

that the hair will ignore the part of the collision mesh that is being "covered" by the emitter(scalp).

I also tried forcefields as you suggested. But the hair never comes to a rest. It keeps wiggeling around like in strong wind. Even with excessive amounts of damping.

What I did is the following:

That way...the part of the Hair that ignored the collision mesh earlier stays still...while the rest of the Hair properly collide with the shoulders and the back of the character.

Well, actually the problematic hairpart is still sinking into the mesh..but due to the GoalWeight..it sinks so slowly that one can run a Simulation for hundreds of frames till it starts to sink into the mesh again. (Enough for most scenes)

The only issue is that the upper part of the hair looks really "static" now. (I'll propably just put 'hairclips' or some sort of 'bandana' there, so that it makes more sense to the eye ;)

Not the answer you're looking for? Browse other questions tagged particles physics hair collision or ask your own question.

2
Hair collision problem in Blender 2.8
0
Is it better to use a cap when using the hair tool to avoid the hair particles from entering the mesh?
1
Stop hair from falling through emitter mesh
0
How to prevent the rigging hair pass through the body, object or mesh while animated?
0
How do I keep Hair particles from going through separate mesh? (eye's to be exact)

1
Stop hair from falling through emitter mesh
3
How do I make hair particles appear on top of the emitter and not through it?
3
Soft Body object going through object with Collision?
1
Trying to get solid physics working coherently