I am playing around with the screw modifier for the first time. My aim for this test is to create a very simple loading animation.

Start point is an edge. With the screw modifier I can create different shapes (triangle, square, star, etc.) by increasing the angle over time. This is the whole animation (the pentagon around the star is another object I don't want to talk about, as it's unimportant for the problem [as I think]).

However. In the viewport (no matter whether solid or rendered) it behaves as expected. The shape in the middle of the frame I rendered in the following picture for example were a star originally (actually I wanted to show you a pic of the expected behaviour (in solid view), but thanks to the reputation system I cannot add multiple pics).

So for some reason I don't know the final render result is NOT the expected star, but this: 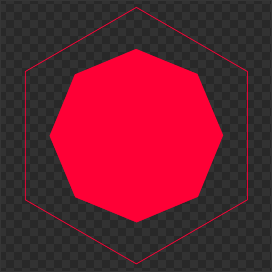 Are there any ideas out there how this can happen? There are no more objects that might be hidden in viewport and rendered later.

Alright, I am dumb.

The problem was the different between "Steps" (5) and "Render Steps" (16) in the modifier. That lead to a different result after rendering, ofc.

Still thanks to LukeD for the tip how to upload files.

Not the answer you're looking for? Browse other questions tagged cycles-render-engine modifiers 3d-view screw-modifier or ask your own question.