I imported my video file and for some reason (even though the video is one frame smaller than the audio) the video and audio do not sync after being played back for a certain amount of time. If I were to click on the sequencer and place it at any point in time, the audio and video would start off in sync, but if I were to play it from that point the audio and video would gradually de-sync. Also, the video was recorded in OBS but it plays back well and in sync using VLC.

Here is information about the video file and more info about obs and the video file itself (it was just for testing purposes): https://mega.co.nz/#F!rRcSXCQT!fpjUOjGYzolRO-6zfZgpbA

The easiest way of understanding what I mean would be to listen for the sound of the clicks during the video then pause and start it mid way. You will then hear the video and audio re-sync and start off from where it should have but then gradually de-sync.

If they start off in sync at any point when you start playing, and gradually goes out sync, it means you don't have AV Sync turned on in the timeline panel.

In the VSE the video and audio tracks are separated and use different ways to measure length. Video is measured in frames while sound is in seconds.

Adjusting the frame rate of the video will alter the playback length of the video but the audio will always take the same amount of time to play. 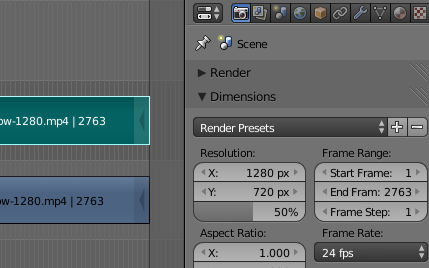 By changing the frame rate to 25 fps the video remains at 2763 frames but the audio length extends to 2879 frames to maintain the same length in seconds. This will gradually put the audio out of sync with the video. 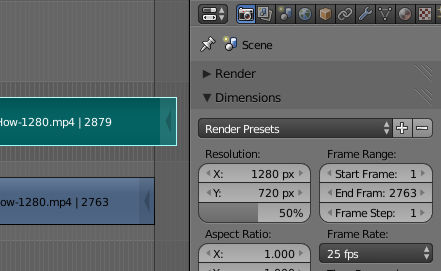 You need to make sure that the frame rate in the render settings matches the original frame rate of the video so that it's playback time matches the audio length.

I had a lot of difficulty with a similar problem. In particular I had 2 video sources which I recorded with quicktime that had different frame rates. The first one would be synced with the audio but the second one would inevitably not be synced up. I tried various combinations of custom frame rates and frame rate bases but nothing seemed to help. Worse was sometimes the video seemed to by synced with the audio but when I rendered it several hours later I would find it not to be.

What I ended up doing was using a transcoder (http://handbrake.fr/ cross platform mac/windows/ubuntu linux and free) to adjust the frame rates of both video sources to a standard 29.97. This was friendlier to blender and the problems all went away when I set the properties Frame Rate to 29.97 fps before importing to the Video Sequence Editor.

Here was the best solution I came across.

He just dragged out the end of the video snip by grabbing it then dragging, he added speed effect by selecting the strip and then going to Add > Effects Strip.. > Speed Control, then he made sure the box that says "Stretch to input strip length" in checked in the Speed Controls.

As a new user to blender I experienced the same problem mentioned above and below by swiftsword94:

What I realized after being unable to make them sink up properly is 'Preview mode' is not an accurate representation of what the video will play like after it has been rendered when you click the 'Render' drop-down menu and select 'Render Animation'. After the entire video has been rendered the video and audio should sync up perfectly.

The accepted answer by @Mike-Pan worked for me, but in 2.82 it's in the bottom left corner at Playback > Sync Mode 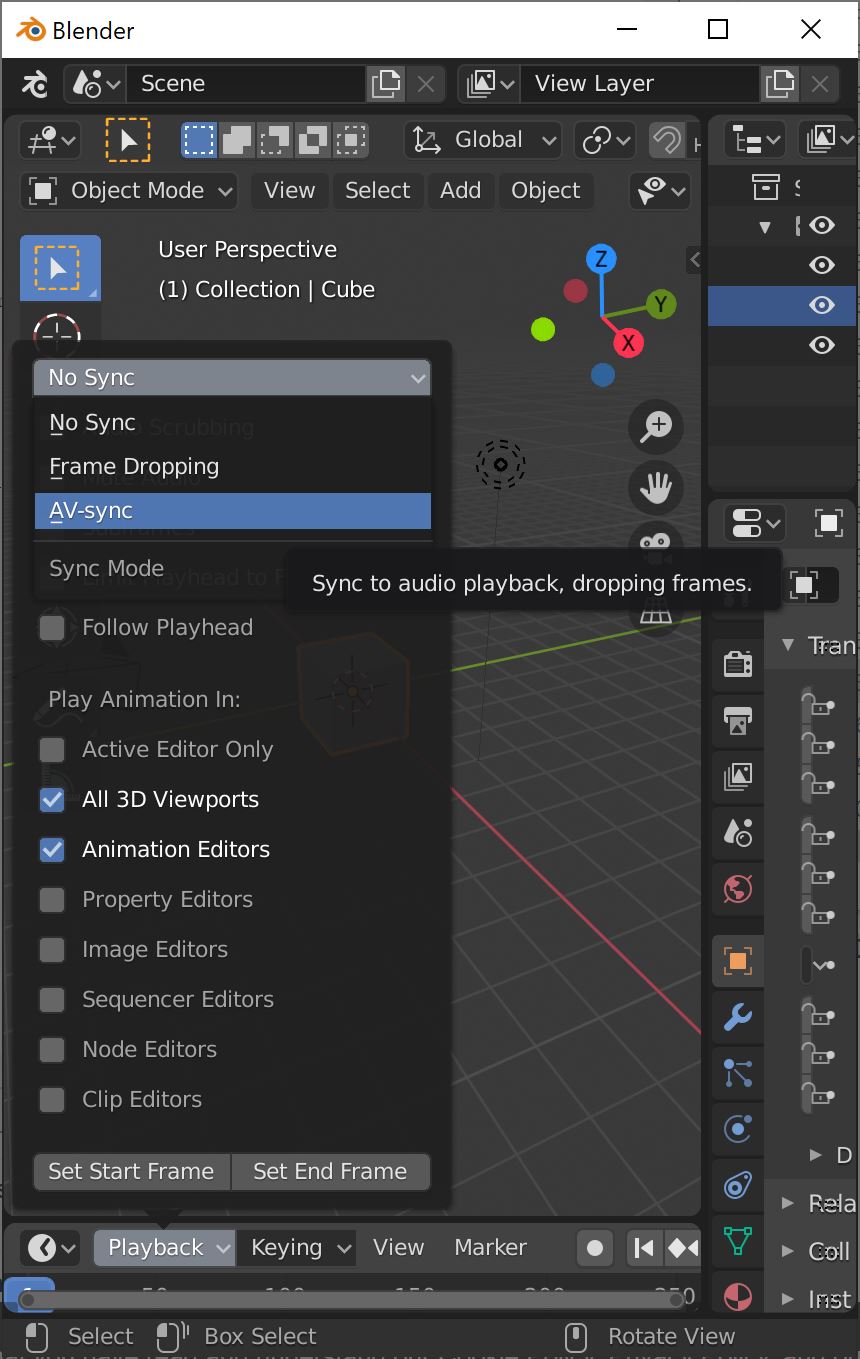 Unfortunately, there doesn't seem to be a way to set AV-sync as the default, so I'll have to remember to set that every time I load Blender to do video editing.

9
Why will audio and video not sync in rendered video file?
15
audio track and video track are not the same length
5
(v. 2.72) Input movie's audio/video is in sync, but VSE output is floating and desynchronized between audio and video
3
Audio/Video out of sync in rendered video
2
Imported video's audio has different play time when watching in vlc
0
VSE: Imported audio not in-sync with video after 10 minutes
0
Blender VSE Audio out-of-sync when animation (video) is rendered