Perhaps a reference video would be needed to show this, but to clarify, merely the portal and its animations appear nearly impossible to create, the frame itself is simple diffusion and optional reflection. Mind this is using cycles. 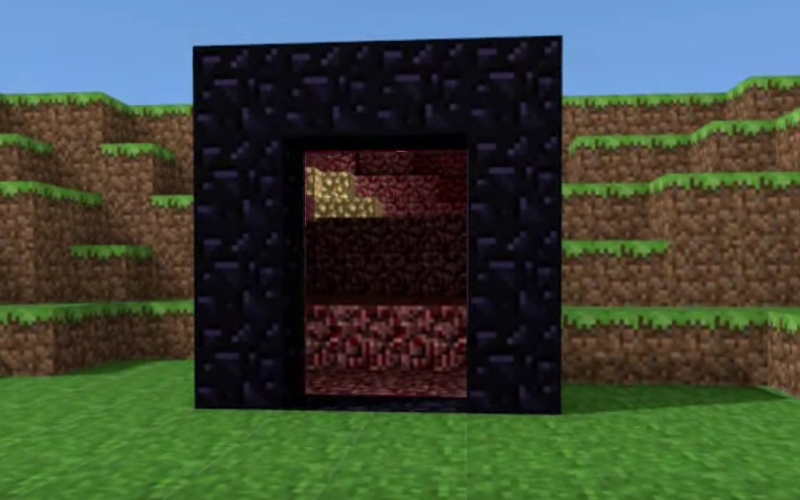 I though the best way to attain this would be to have the position of the camera changing cause a movement of the portal textures however it has proven futile.

And so I ask, is this possible in Cycles?

My original plan was to use the UV Warp modifier to create the movement effect, with several planes underneath each other to create the depth. However, the way it appears to be a void, another area is the piece I lack.

The frame of the portal, again, is not a problem.

In reference to a comment that referenced a similar concept using a Nether portal that showed the Nether upon the other side, is similar, however there is no need to create another world on the other side, as I want to stay true to the visual mechanics of Minecraft.

Here is an example of the in-game version of what the goal is. https://youtu.be/ZpJiEbgo3Z4

In Cycles you may achieve this cool effect creating two different Scenes and combining them in compositor using the Alpha Over node (with a Holdout shader as a mask).

Create a plane and place it so it fits the door's jamb. Give it a Holdout shader. It will be used as a mask for mixing the two scenes in one render. 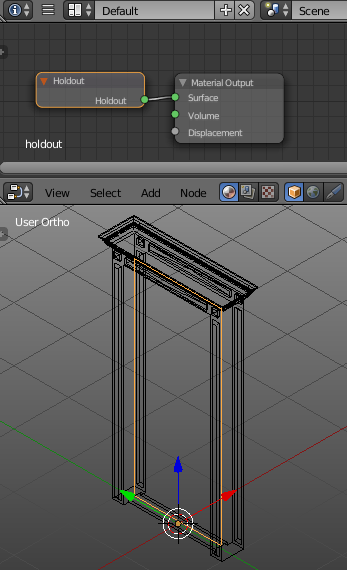 Create a new Scene (press the + button in the very top header), then choose New.

Now you have two scenes. You may switch between them as pictured below. Build two different worlds in each one. Your Camera and door object with holdout plane should be in the first Scene. NOTE: Remember to change all the settings (such as render engine type, render settings etc.) for the nelwly created scene, so it fits the previous one.

Now select the Camera and door object, press Ctrl+L-->Objects to Scene and choose the second Scene (Scene.001). Objects origins should change their colors to blue- it means they're linked. Now you got them present in both scenes.

Now being in the first Scene go to the Node Editor (compositing nodes), add two Render Layers nodes, choose different scene for each one, render each scene (press the camera icon) and finally mix them using Alpha Over node (Add-->Color-->Alpha Over). 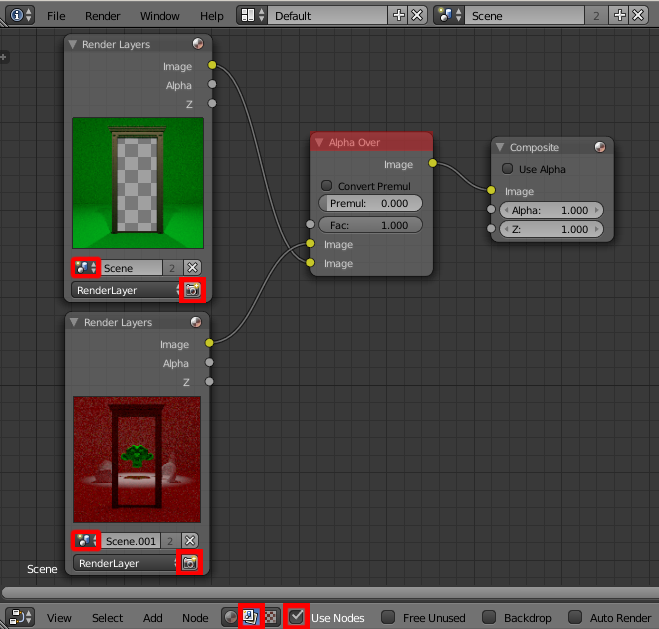 Open the Uv Editor in separate window and render (F12) being in the first Scene . Thanks to Alpha Over node your 'magic portal' is ready. 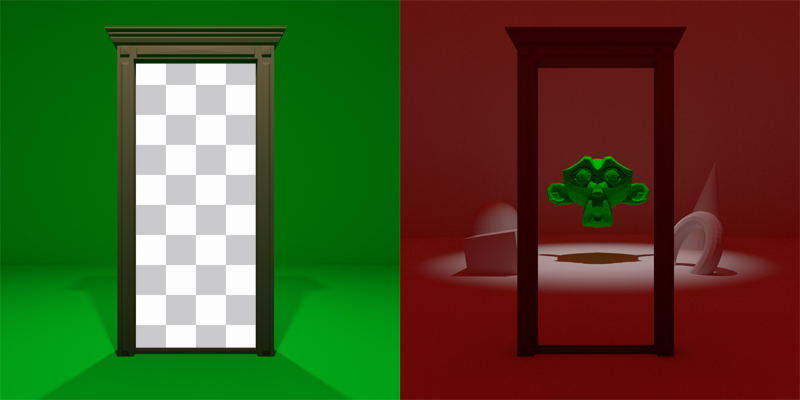 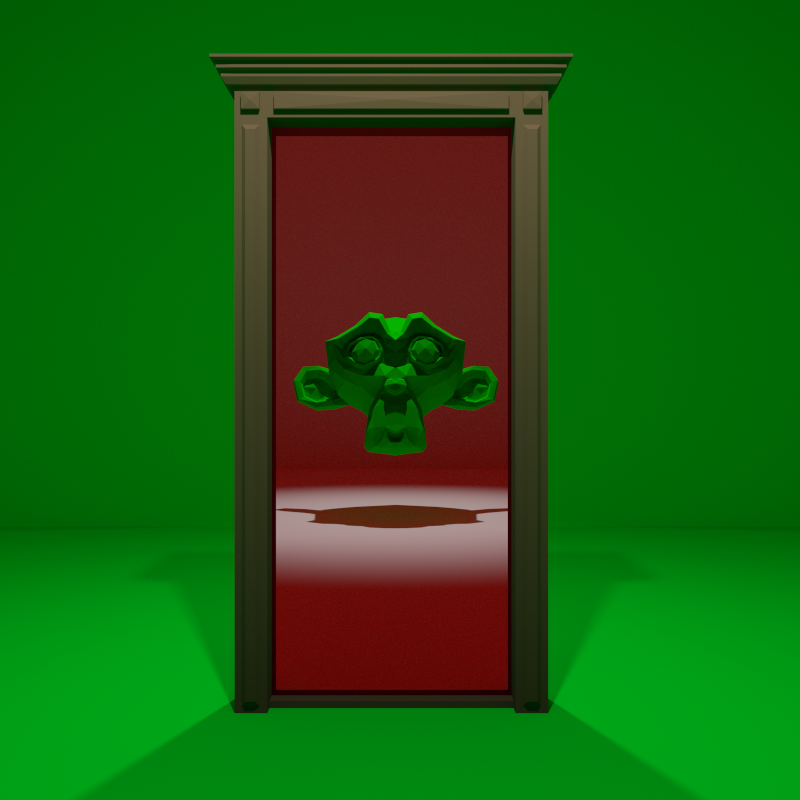 Not the answer you're looking for? Browse other questions tagged modeling animation texturing or ask your own question.

11
How to align multiple wave textures?
1
Creating correct proportions for Minecraft projects
3
Fading and animating objects without materials
0
How do I get the correct color for Minecraft swamp grass?
4
Metaball-style merge effect on two modelled and realistically textured human heads possible?
0
Animating separate objects / items independently in the same action