Can action strip converted back to keyframes?

In the NLA editor when you convert an action to a new strip then the keyframes disappear, is it possible to "get them" back?

The action editor and the graph editor both allows us to edit the active action of an object, only one action can be active for an object at any given time. When an action is added to the NLA editor it is unlinked from being the active action for the object.

While an action is removed as the active action for the object, it is still an action which contains the same editable keyframes and f-curve data, it can be edited again at a later time by making it the active action again. This can be done by selecting it in the action editor when the object is selected.

You will also find that it can also be associated with a different object and added to the NLA for both objects allowing both to be animated the same with the timing being offset for each object if desired.

The NLA Editor is designed to deal with a 'higher form' of animation than usually necessary so it automatically removes any actions from Action Editor. 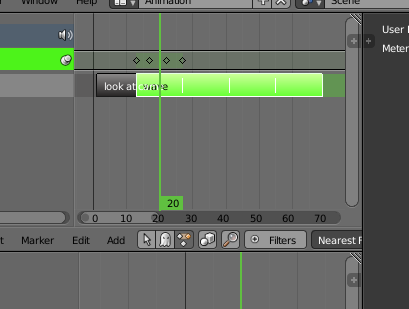 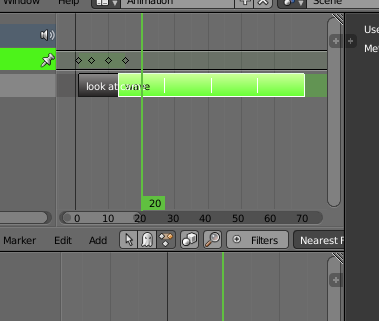 3
How can keyframes of properties be added to an action?
0
Which action should take newly created keyframes?
2
How can I edit F-curves of an action already put in the NLA editor
0
How can I use a single action to trigger animations in multiple objects?
2
How can I copy frames from one action to another action?
1
Animating orthographic scale on a camera, can't select the action in the action editor
1
How can I edit an action strip while seeing the global NLA animation playing?