Im new to blender, and i made a simple mesh with simple rigging but as i try to move it around the mesh gets all squished up and stuff, so internet said its good to use "mesh deform modifier", so i tried, but it says "modifier disabled, skipped to apply"

Then i thought maybe my mesh is all messed up, so i tried it on a simple cube, but still the same problem.

I looked for solutions but nothing really helps, some said to use "boolean modifier" but same problem, it is disabled.. 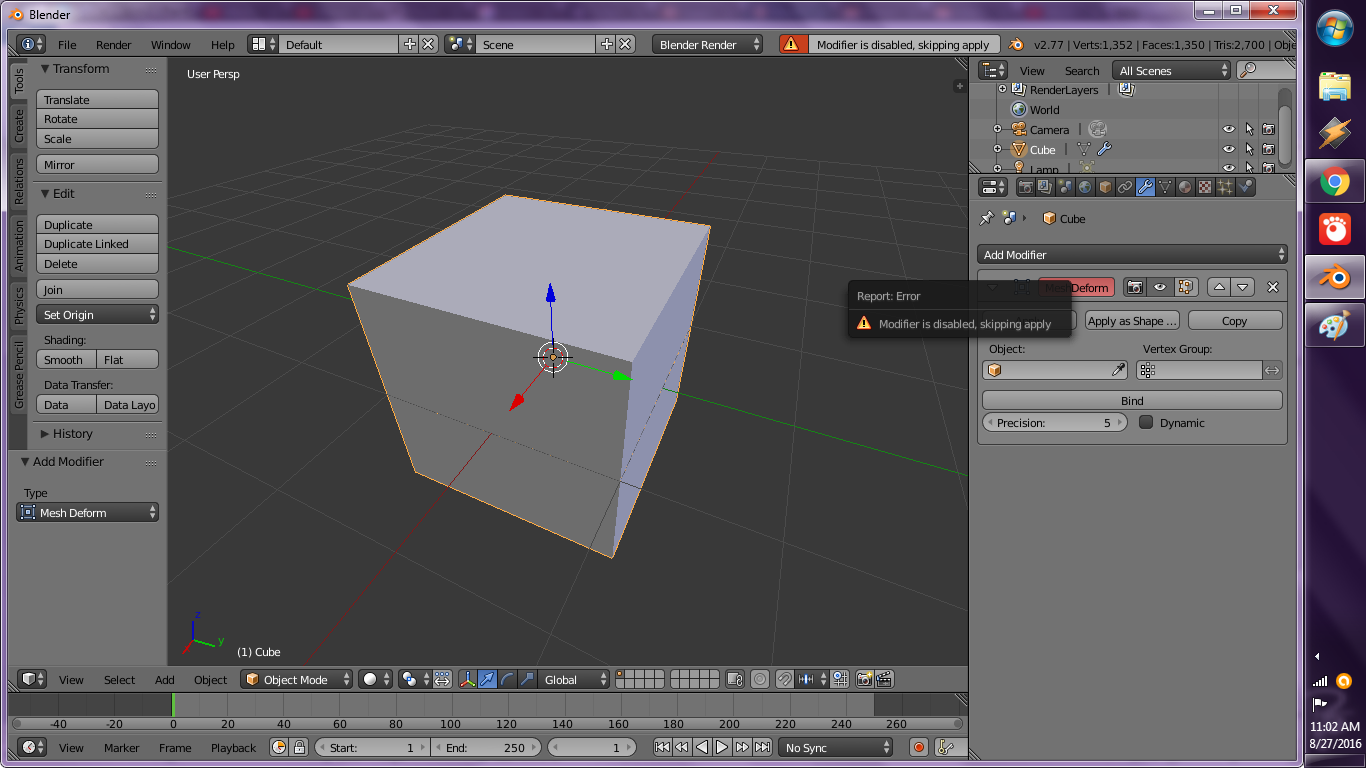 Mesh deform (and other modifiers, like boolean) uses two objects.

Now select the cylinder, add the modifier and set the cube as deforming object : 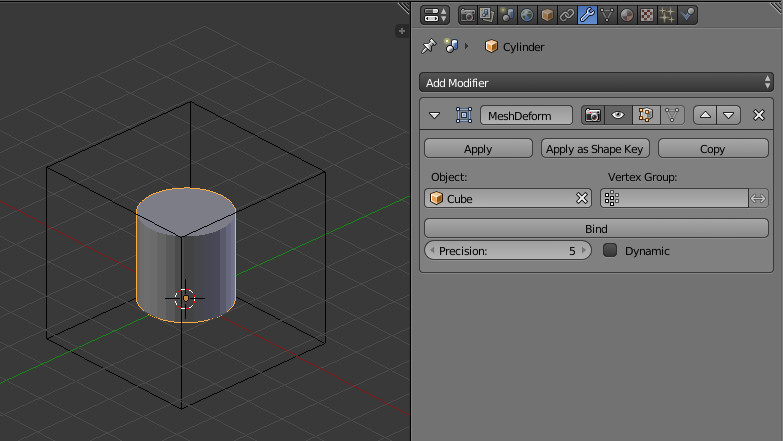 This modifier has a particularity : Blender needs to do some calculations before the modifier can be used. As these calculations can be a bit long, it is needed to click on the "bind" button to make it work (above the calculation time, bind/unbind is also a way to change the initial configuration if needed, clicking on the 'unbind' button available once the binding is done).

Once bound, you can edit the cube mesh to deform the cylinder :

Concerning the warning you indicate in your question : this is because the object field is not defined in the modifier panel.

The "apply" button (for all modifiers) is used to freeze/transform the object at the position (or geometry, etc.) it is when you apply. And once applied the concerned object is really modified and the modifier disappears from the panel.

I stumbled upon this question, but my problem is my mesh is not a closed shape. I make holes to extrude here and there, but forgot to close the face.

When you press Bind, no error will comes up but it will be very fast and it will not work at all.

9
Deform mesh along two curves
2
Stamp Cut another Mesh
4
Deform Mesh Subtly, randomly across many Objects
0
How to avoid Mesh Distortion when Curves cutting themselves, especially with Subsurface Modifier?
0
How to simplify/clean up a mesh?