Vertex dots in Edit Mode disappeared- how to get them back?

I accidentally pressed a button and now the vertex dots on my mesh have disappeared. They are now just junctions of edges that light up when you select them. I can't tell where my vertices are anymore, except for some of them. 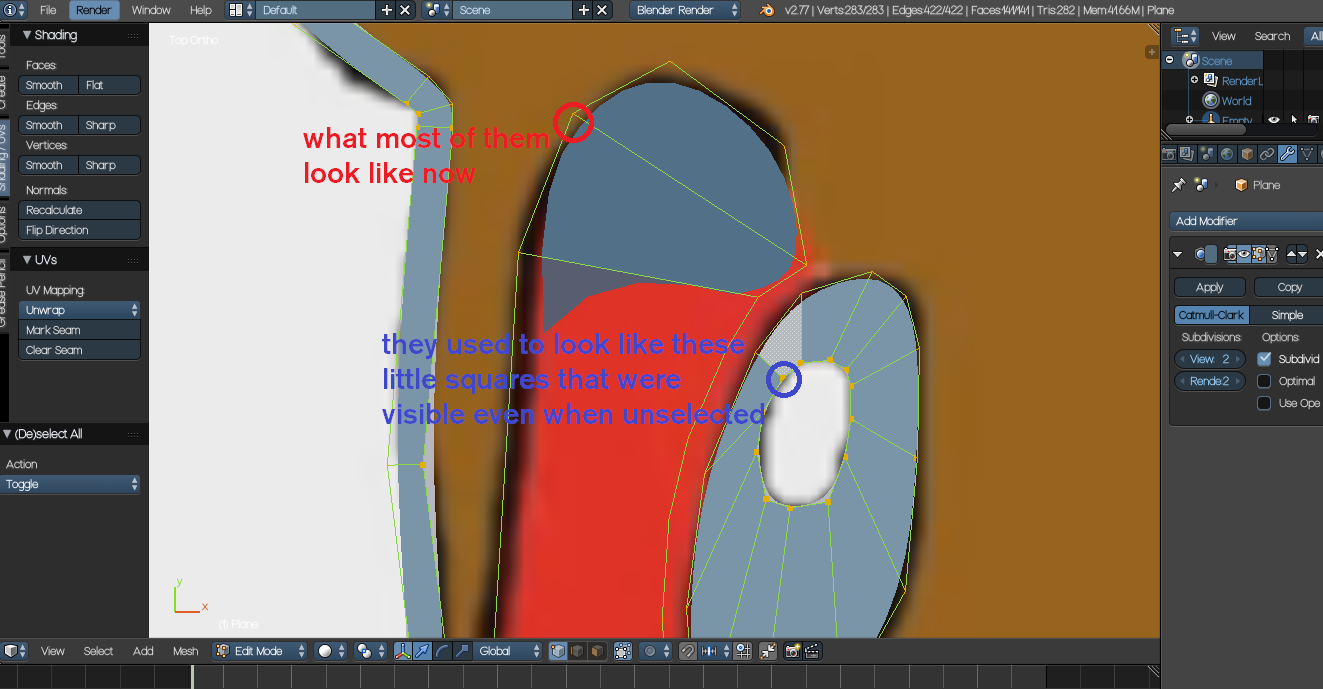 How do I get the normal vertex dot view back? (Posting a .blend file may not work, since this is something I may have to tinker with my User Preferences on my end.)

Spontaneous problems in Blender's 3D viewport can happen due to various reasons. It's either a setting changed unintentionally by the user due to Blender's extensive use of hotkeys or it's a momentary hickup.

Accidentally changed settings can be identified by either starting a new instance of blender or restarting blender. In both cases Blender will reload the user settings from their last saved state.

Drawing errors happen mostly due to driver problems and sometimes also on older GPUs. In my experience GPUs with shared memory sometimes do weird things once their memory limit is reached. If the problems occur often it might help playing around with the settings in "File" -> "User Preferences" -> "System".

On my old(ish) Laptop from 2009 for instance, edge select stops working after a while if I activate "Anisotropic Filtering" (it still works but the lines won't turn yellow).

If it's a general hardware-related problem, it will show up even in the default scene. If it's a memory-related glitch it most definitely will occur only after some time and often can be fixed by restarting Blender.

You might have set the vertex size in your Theme Settings to a very low level. Go to User Preferences -> Themes, and choose the 3D View Section:

From here, set your Vertex Size to something you desire (10 seems to be the maximum): 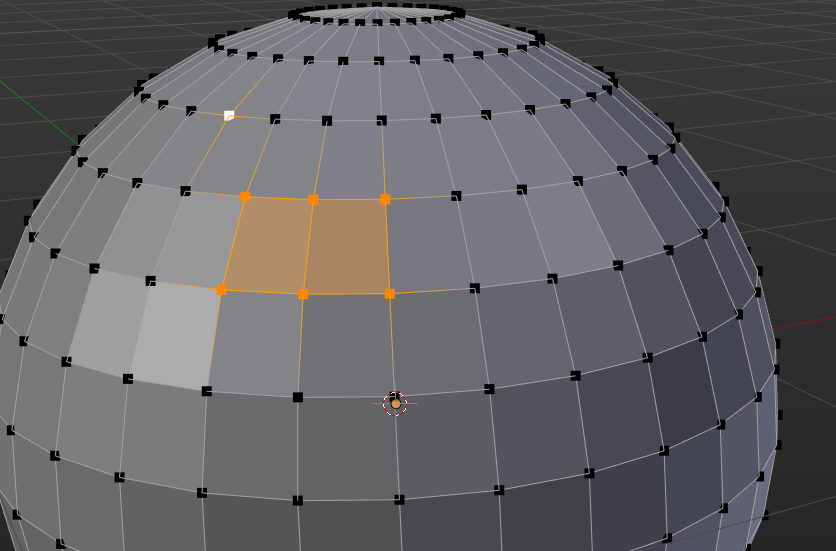 Not the answer you're looking for? Browse other questions tagged edit-mode customization or ask your own question.

0
Is it possible to change the colour of vertex indicators in Blender?

1
Hide subdivision dots/normals in edit mode?
0
How to get more points on a mesh (edit mode)?
0
How to avoid reflected dots?
1
How can i switch form Circleselecion back to Boxselection in Edit Mode
0
edit mode grab tool doesn't work as expected
0
Cannot edit vertex after join
1
Edit mode 2.91 very slow and cpu intensive compared to 2.79