Cycles: objects appearing in 'Render' render but not 'Animation' render

I'm not really that familiar with cycles textures, so there's probably something wrong there.

Anyway, my objects appear when I hit the 'render' button: 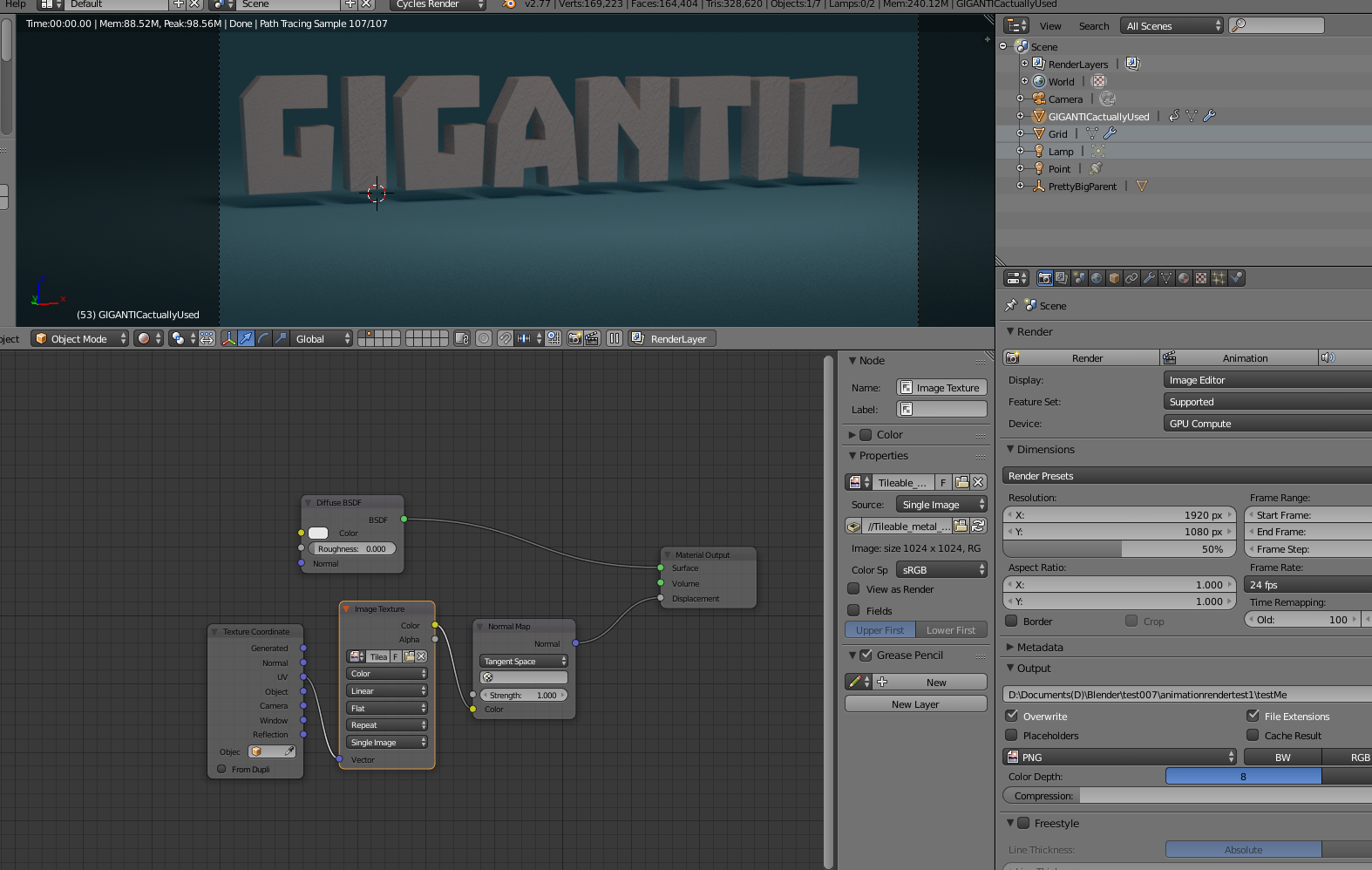 But not when I try the 'animation' render. All I get is my grid object and my lights.

I have another file with versions of the objects with the single basic node that appears when you first add a texture, and those will render in the animation render, but not the rest of them.

What am I doing wrong? Node setups are shown. File is here: click. All the objects are on the same render layer, and they're all set to display in the render.

EDIT: No issue to speak of here. I just forgot that nothing is in the render area until frame 17... I'm silly.

You only see the background on because your text object is not in frame until frame 17...when it drops down.

22
Can you change the render seed for each frame of an animation in cycles?

1
Objects not appearing when I render my model
2
Objects not visible in other frames/window but all the objects are in the library
1
Text not appearing on Blender Render
0
Planes showing in render preview but not when rendered
1
Blender 2.83 Cycles not rendering new objects
2
Streaking Behaviour of Lights - Render but not Viewport