I want to suppress self-shadowing, but allow to receive and cast shadows otherwsie

To make a forest for a project I'm working on I am using simplified cutout trees made from three intersecting tree image planes with transparency. these have the three planes spaced 60 degrees apart sharing a vertical central axis. I'm using Cycles.

The issue is that when rendered, the planes cast shadows on the other planes of the same tree, which pretty much ruins the illusion. The shadows cast on the ground are OK, just not the ones falling on the tree itself cast by other parts of the same tree.

I tried using an emission shader, and get pretty good results but only so long as the tree isn't being shadowed by something else (in that case, they seem to glow like they are radioactive).

You can avoid casting shadows yet still receive shading by using the Light Path node along with a Transparent shader: 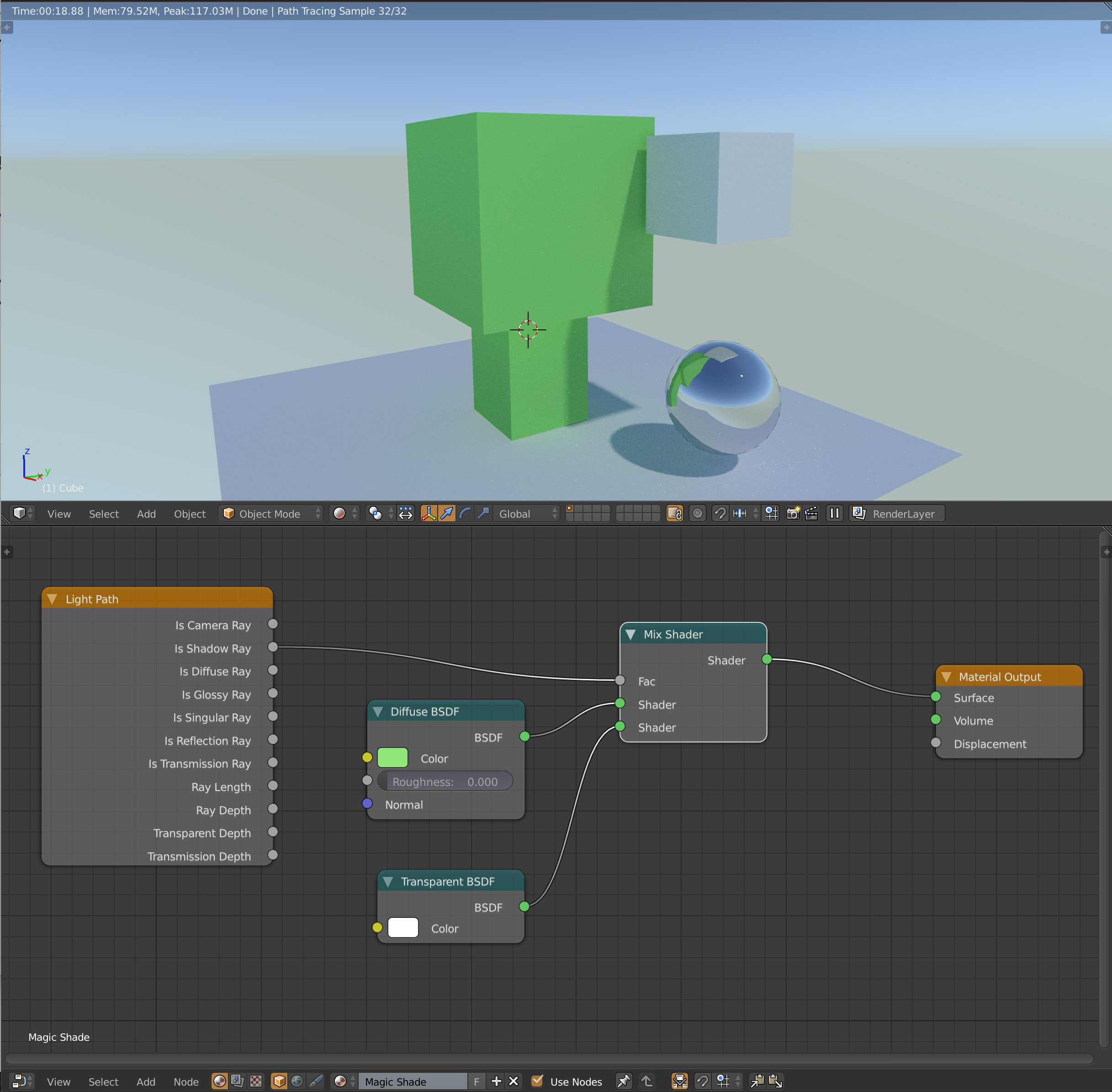 Unfortunately, the only way I can think of to cast shadows on other objects but not from itself is to use render layers and create two passes - one with trees that have a material that casts shadows and layer with threes that cast no shadows, and use an object index mask to merge them.

Another Very Unsophisticated but simple method that worked for me, after finish your scene:

3.flat one of the duplications (the 'shadow') to be plane, face the light source.

I did it in order to save render time.

You might want to switch to using Billboards. You can use a single tree image and arrange for it to face the camera using a Locked Track constraint.