I have a problem with a textured object in Cycles:

On the Render and Viewport I see a missing texture, but no texture is missing.

It seems not to be a matter of included or external stored textures. In both cases I have the same problem. The texture shows up correct in the Viewport after reconnecting the Materialnodes in the Node-editor, but after switching to solid Viewport Shading and switch back to rendered it shows the missing-magenta again.

The material nodes I used are the ones I always use and they worked fine until now. The problem seems to be independent from the used Blender version. Tested the scene in several versions.

How can I fix this?

To explain some uploaded Screenshots: 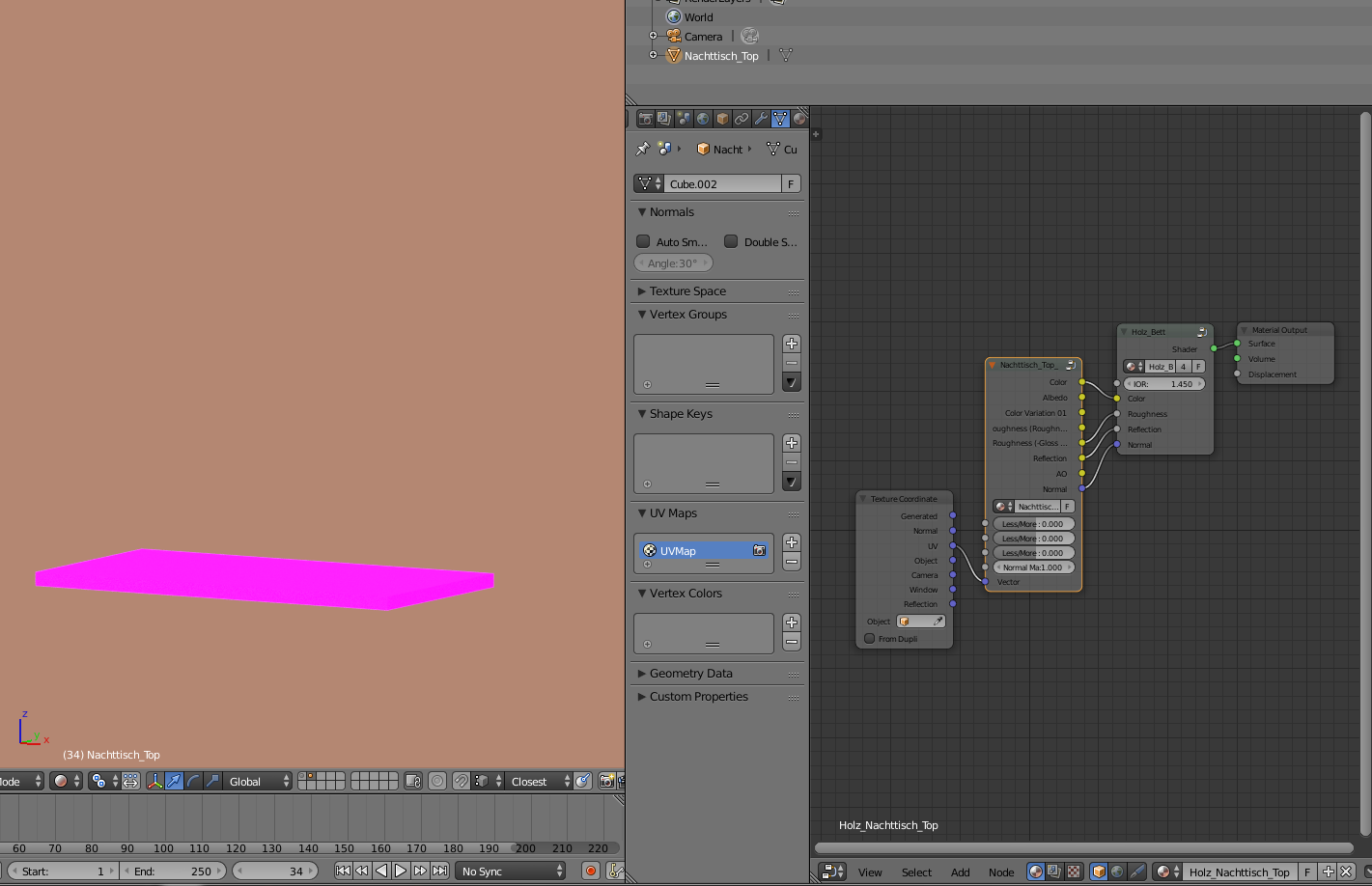 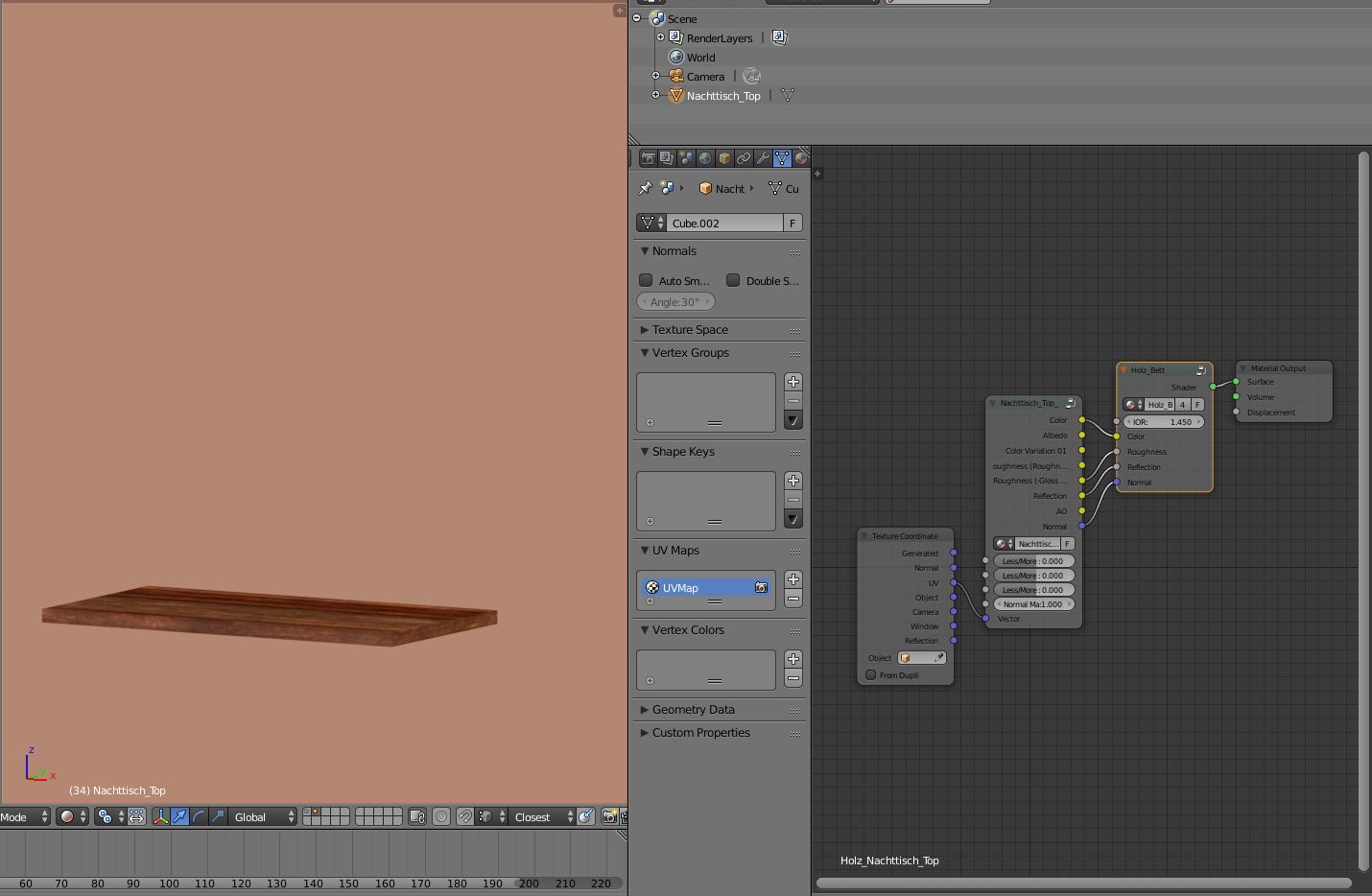 After some more experiments with that problem i found out that the problem seems to be triggered by the Reflection Map. When it's disconneced it works fine. When i connect it then it still works in the viewport and it has the right influence on the used Material. After switching the Viewport Shading to solid and back i have the Pseudo-missing-Texture (Magenta) again.

Update 2: Tested a bunch of different connections between the nodes... but after quite a lot testing i can find no conclusion where the problem is.

Picture of the Fresnel Node-Setup: 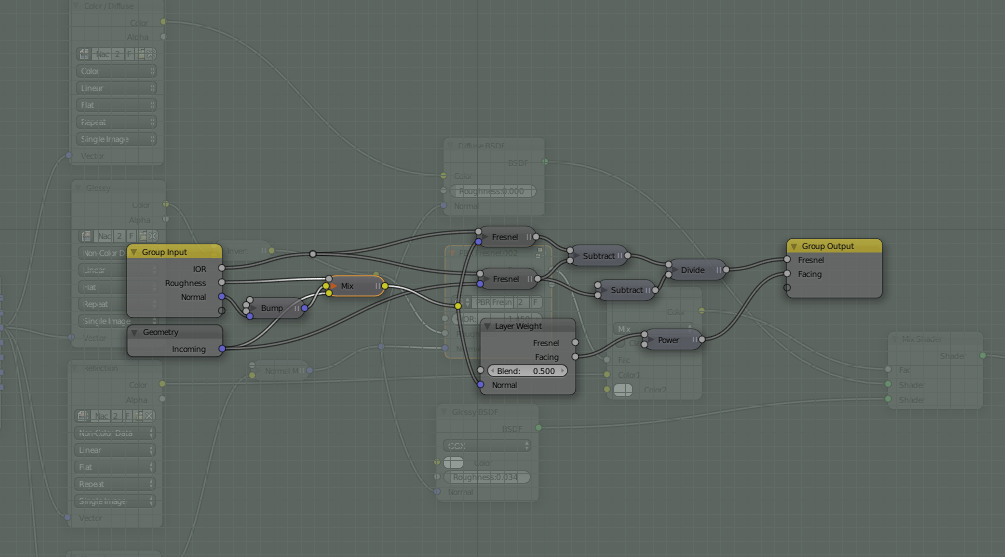 Here are some more pictures of the node-setups that i tested: The ones that seem to work: 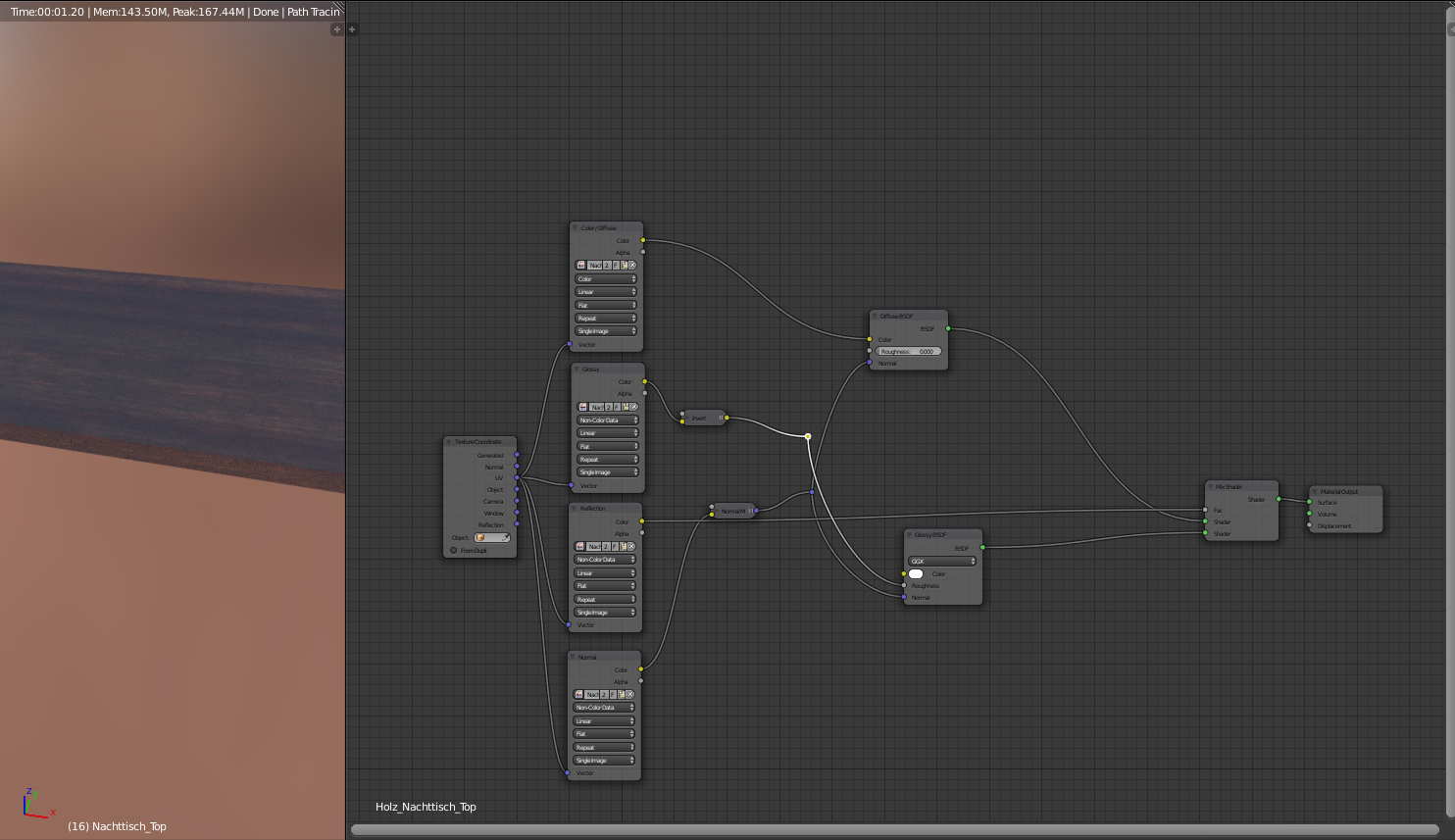 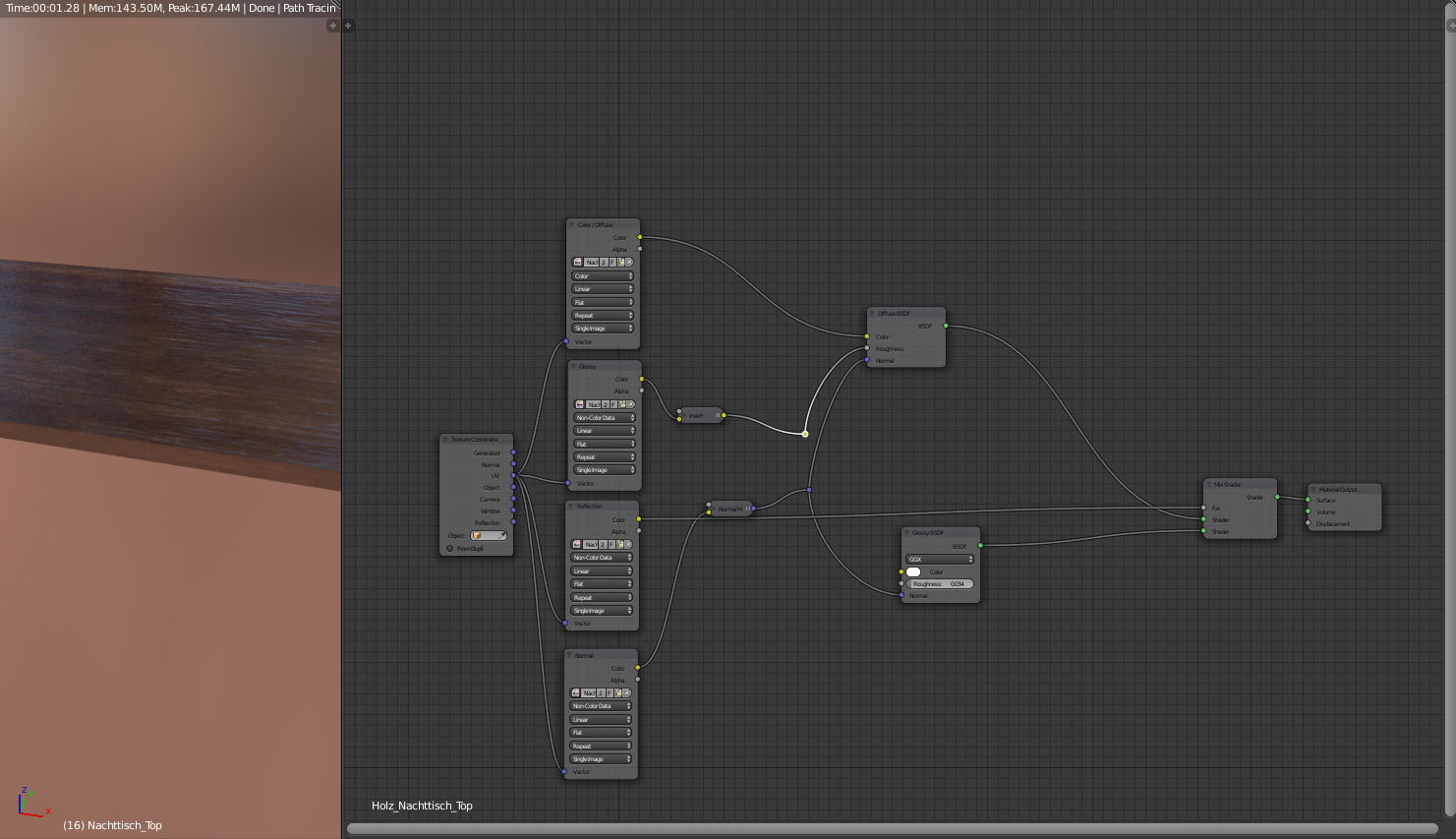 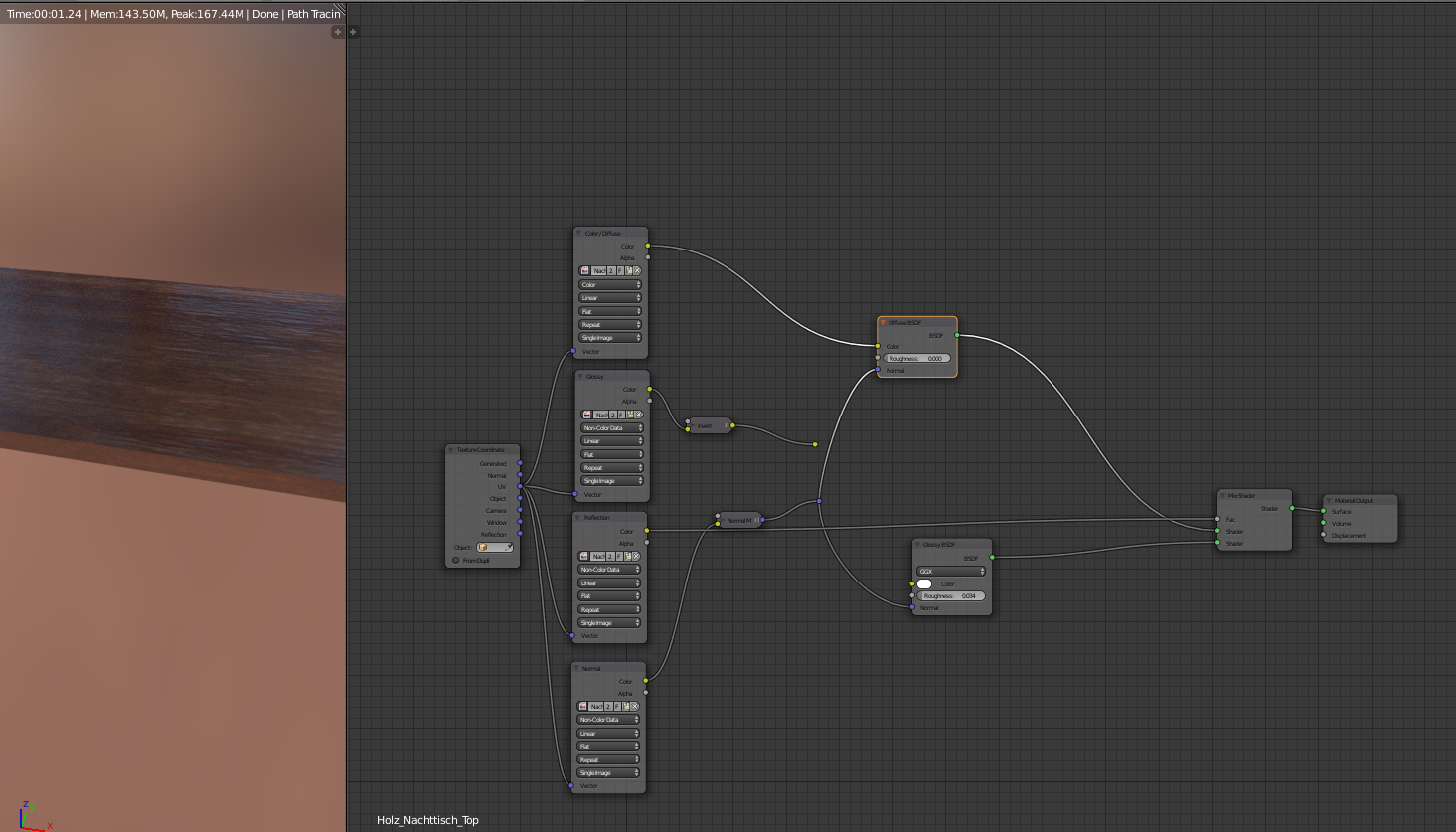 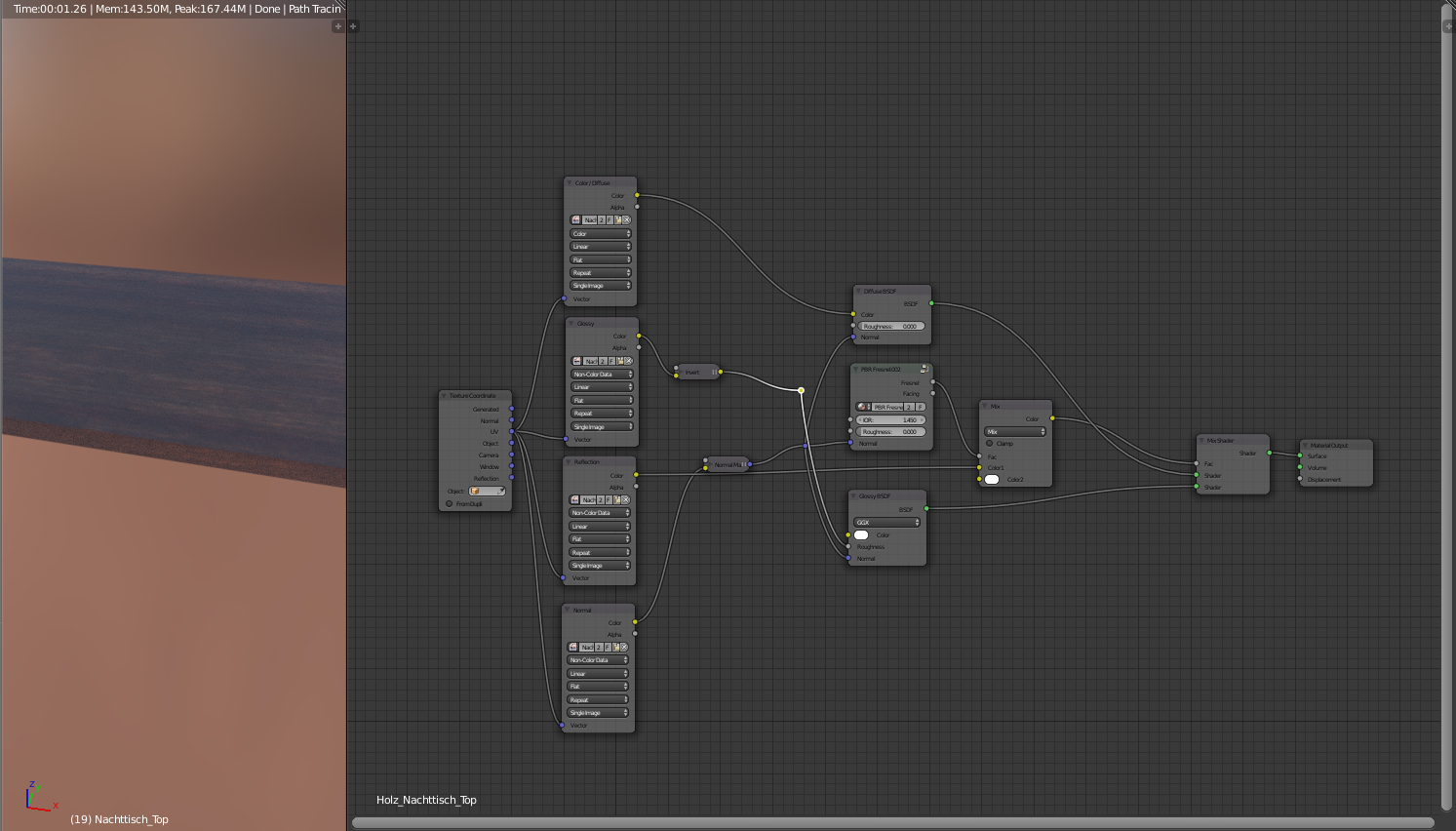 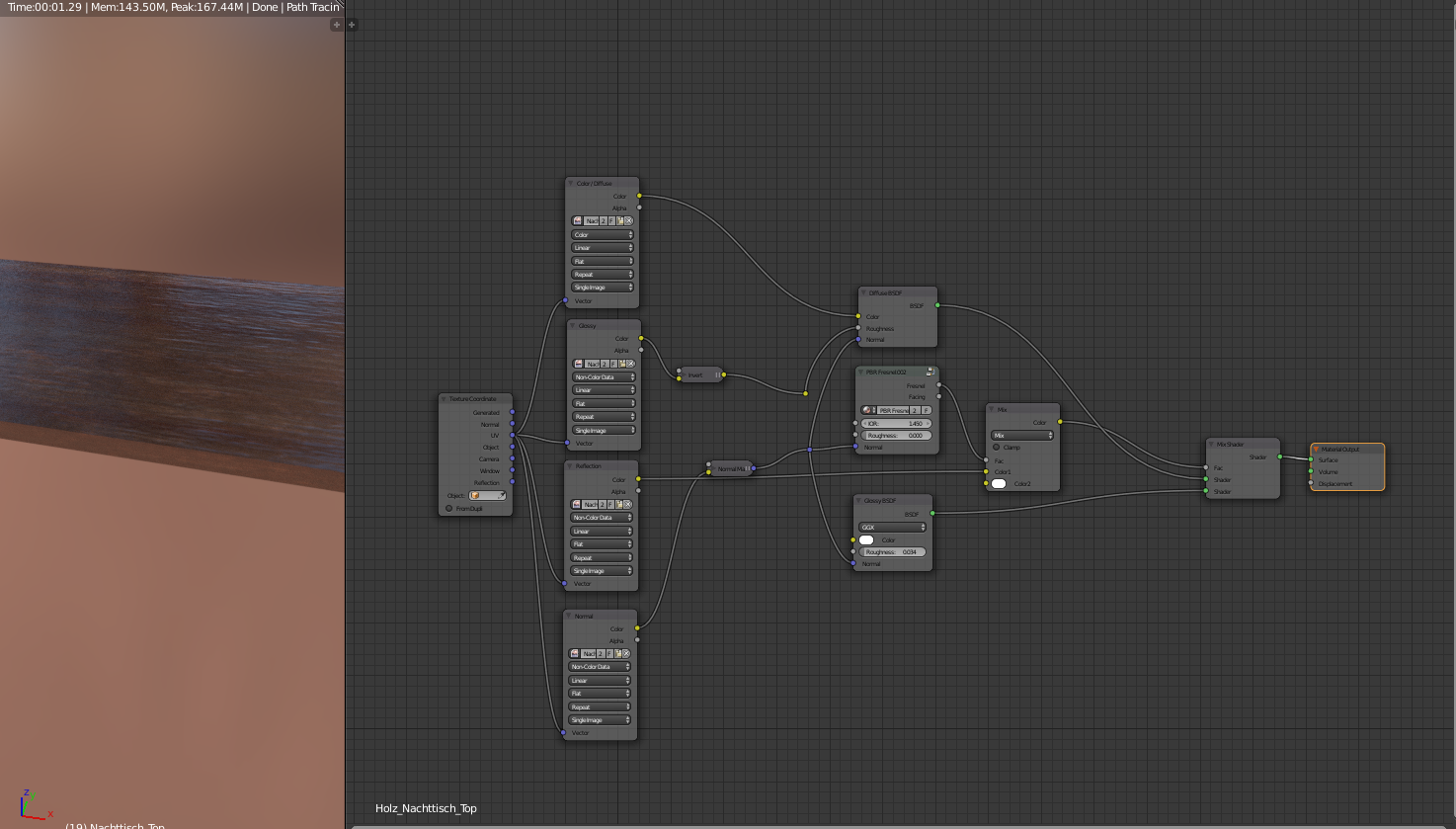 And the ones that bring me the missing-error: 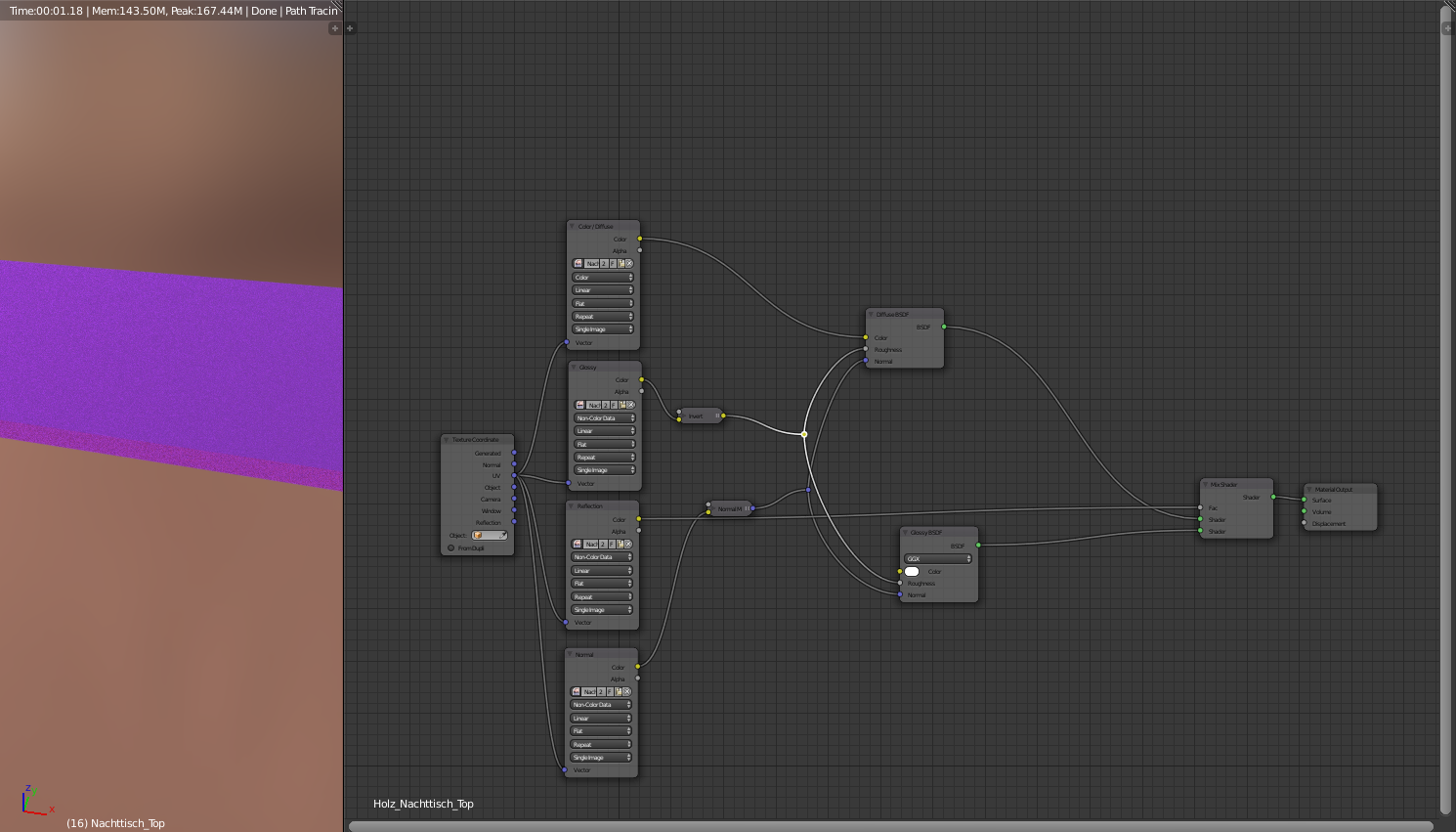 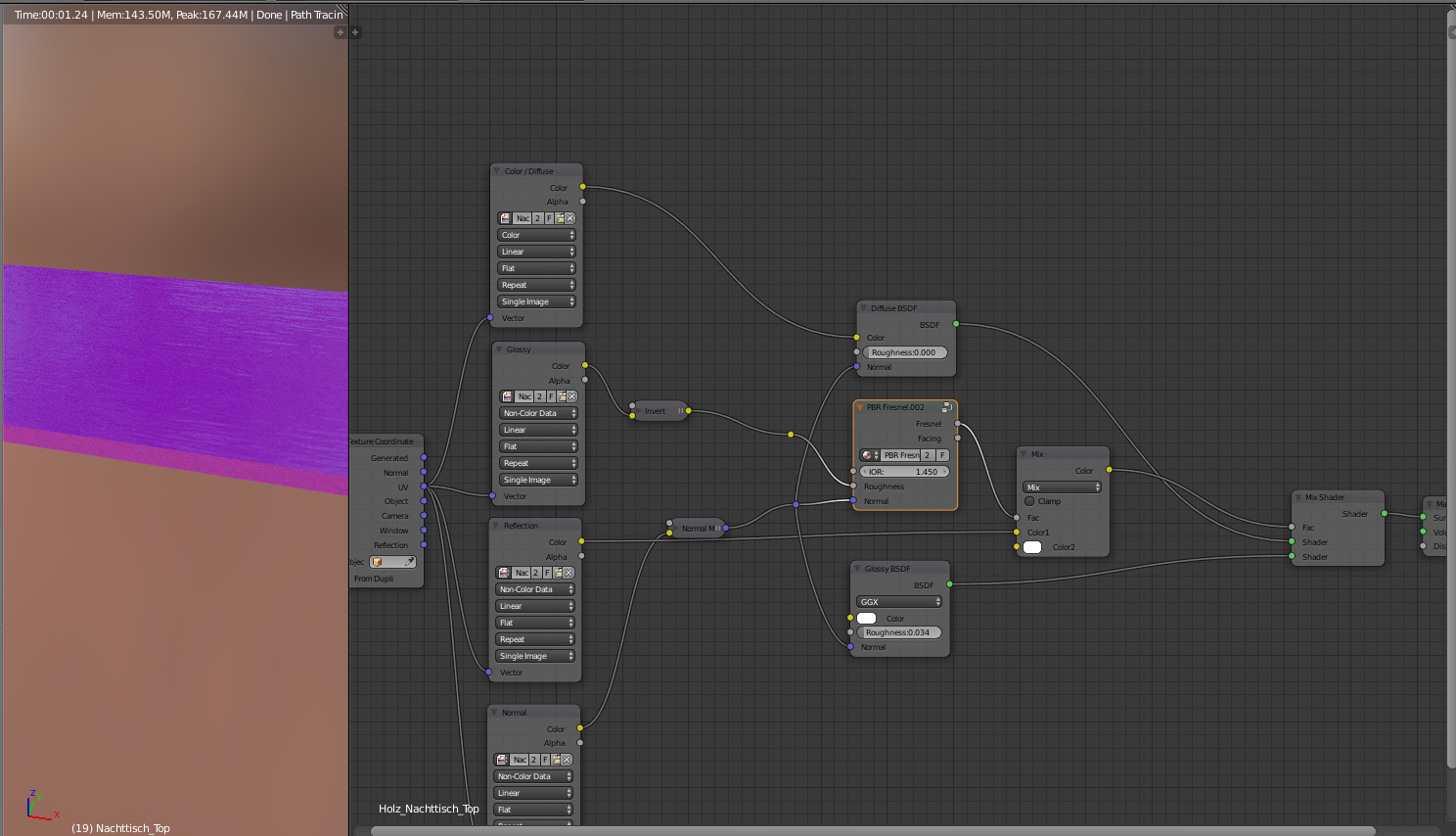 Also tested mixing the Glossy and the Diffuse BDSF with a fix 0.5 value instead of using the Reflection Map... that was resulting in absolute random behavior. Sometimes it worked... sometimes not.

Found a solution! Converted the 16-bit png-files into 8-bit png-files. With these the problem doesnt seem to appear. But I'm still curious. Perhaps someone has an idea why that happens with the 16bit Textures.

Found a solution! Converted the 16-bit png-files into 8-bit png-files. With these the problem doesnt seem to appear. But i'm still curious... perhaps someone has an idea why that happens with the 16bit Textures.

I'll have a look at the bugtracker... to see if it's been reported. If not i'll post that in there. (Thanks Matt!)

5
What is the purpose of the "Color Space" on image texture nodes?
3
Baked normal maps getting altered on save
4
Advantages/disadvantages of various file formats for storing non-color texture data?
2
How to control materials on the Brick Texture? (Blender 2.8)
2
Find list of missing textures / files?
0
Is it wrong to use Metal-Roughness-Specular etc. maps in sRGB mode?