Is it possible to animate a given object's visibility inside an Action in Blender Game Engine?

I've been trying to make it by animating the "Invisible" button in the physics tab (it enables the Restrict Render property in the Dopesheet). Every other animation plays as it should within it's Action, but the visibility won't.

The "Restrict Render" setting only applies to the Cycles or BI renderer, but not the OpenGL renderer (used in the viewport, and for the Game Engine).

If you want to achieve something similar, animate the "Visible" attribute instead. 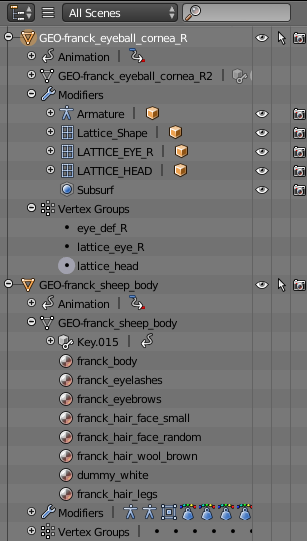 Note that this is a binary state. There's no way to fade, or gradually shift from visible to invisible. It will be totally visible one frame, and totally invisible the next frame.

If you're wanting to fade, you'll need to animate the Alpha channel instead (though there is some benefit to turning "Visibility" off, once something is totally transparent).

(inefficient on invisible or opaque objects)

0
How to start second action after check that first one is done in bge?