How to cut a complex shape into a curved surface?

I need help to make the cuts and place the rings exactly on the curve of the torch. They have to keep the overall shape of the rings, but match the torch.

I'm looking for a clear and quick solution. I can give you my blender file if that helps, and as many references as you need. 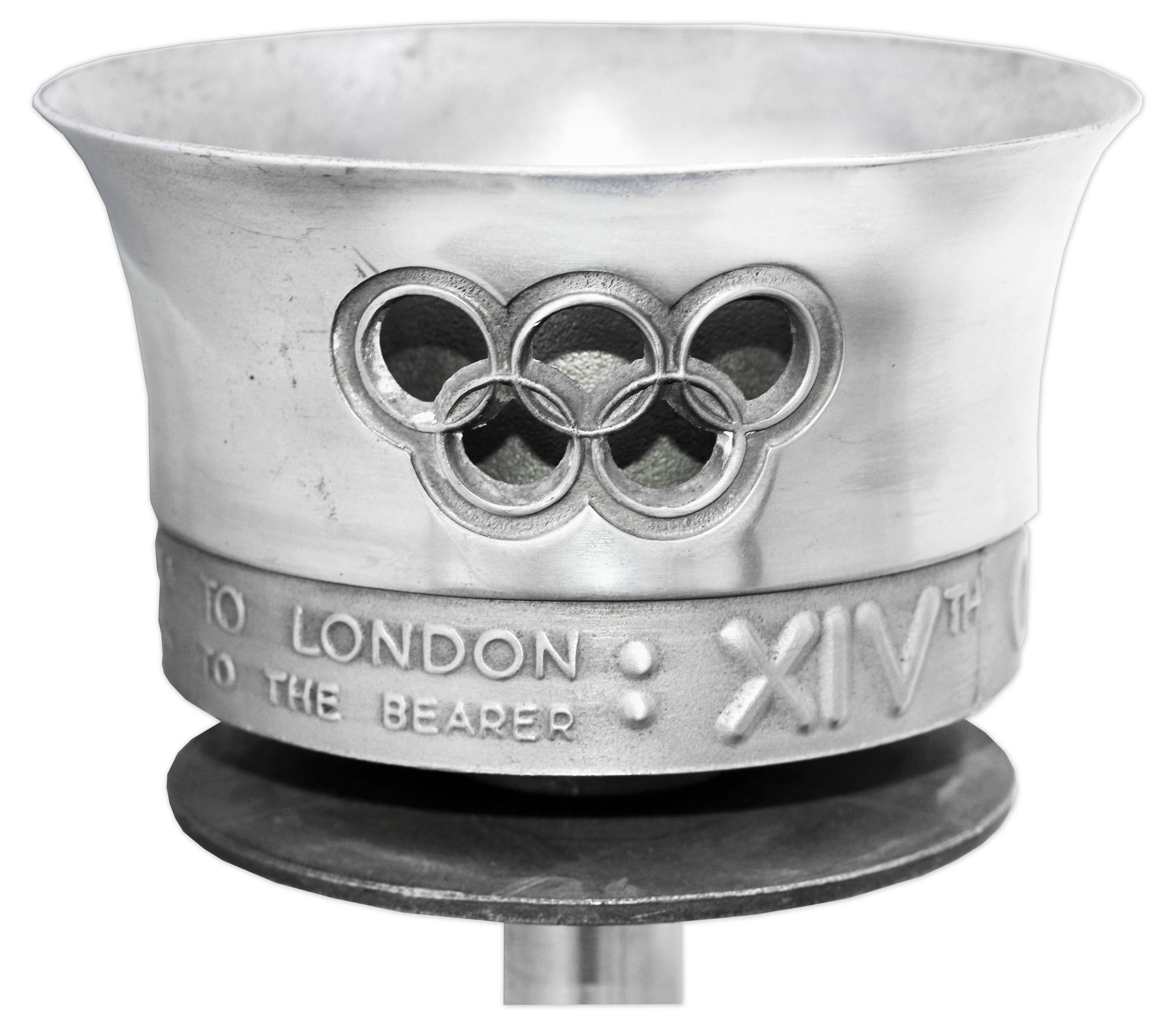 In complement to the answer given by Patdog (which stay the good answer corresponding to the exact question), you can also work on the ring on a flat surface and make the torch shape after, as it is easier to use the boolean modifier or other technics to make the rings when flat.

Here a stack of modifiers, starting from two flat shapes (the ring part and a slice to complement the torch) :

You'll need to adjust a bit the two base objects positions relatively to their centers in order to have a good junction with the array modifier (so make sure to work with rounded measures in cm for instance).

The amount of repetitions given by the 'count' of the array modifier will lead the torch diameter.

The curve (used in the curve modifier) shape can be adjusted on top of the stack so that you can see immediately the result on the rounded torch. 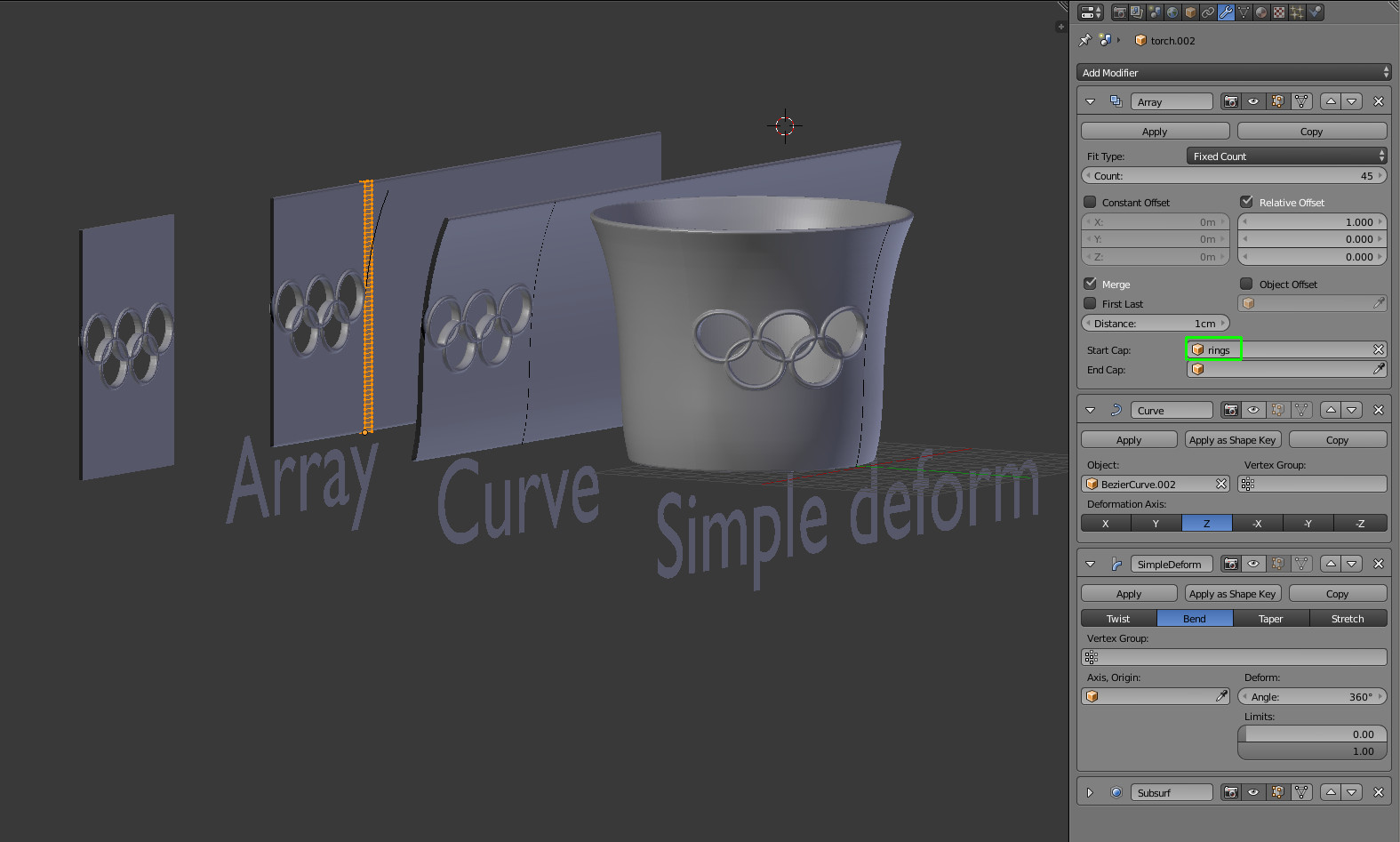 Once you have adjusted all as you want, you'll need to apply the modifiers and remove doubles to complete the junction of the simple deform bending.

The bottom part of the torch (with the texts) can be done the same way : a bent flat surface.

In both cases, just make sure to have the good/enough inner geometry so that the bending can be done smoothly.

3 Basic shapes need to be modeled: The relief rings (yellow), their background rings (orange) and a cutter (red). These can be created from duplicated circles that are joined into one set.

The important thing is that all three elements share the same origin - that way they move in tandem with the modifier curve. The same modifier must be added to each element. 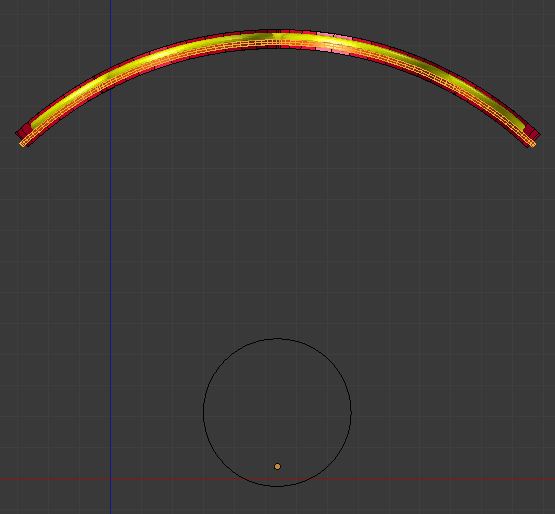 A Boolean difference is used to subtract the red cutter from the main object. The back ground rings (orange) will replace the void left by the cutter 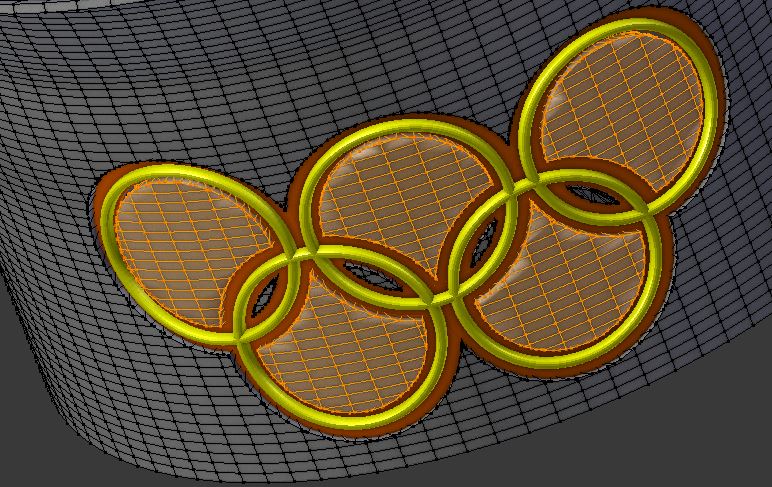 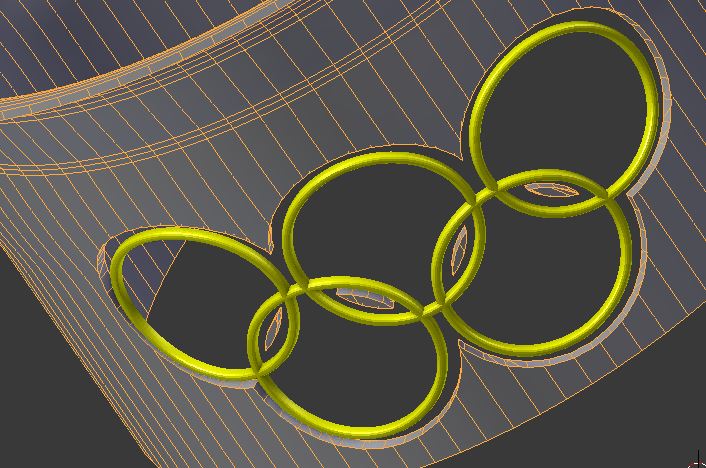 . All that's left is to select the islands formed with the L key and delete them.

The remaining elements can then be joined to the main object... 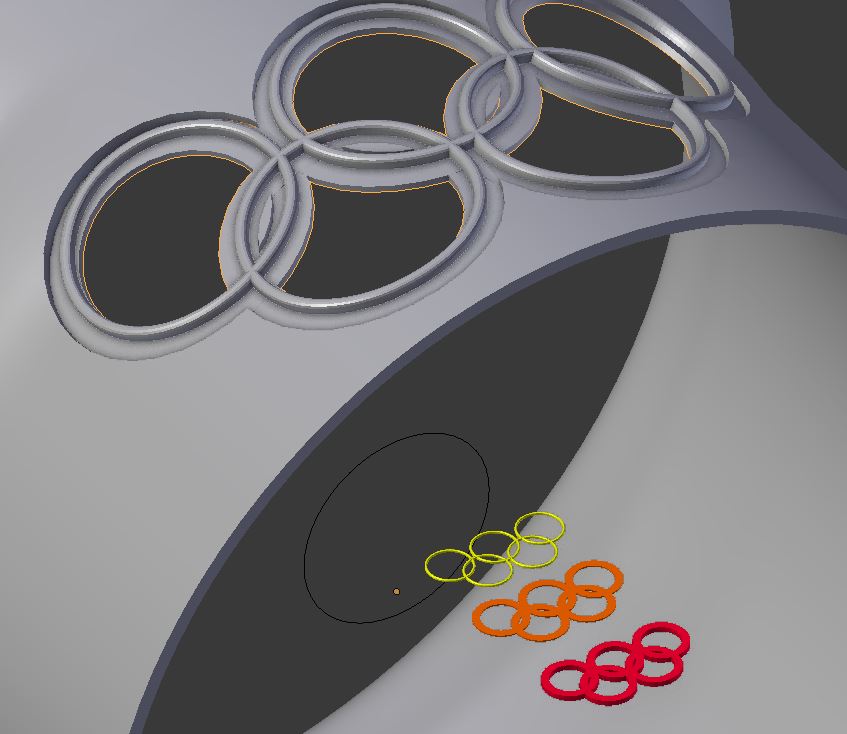 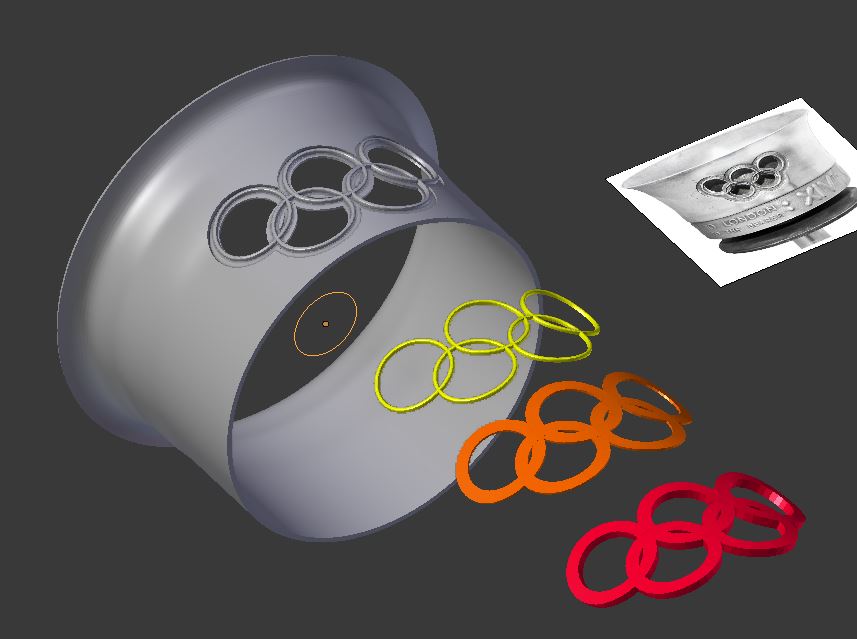 If you model each part cleaning they should be easy to print.

Not the answer you're looking for? Browse other questions tagged modeling mesh workflow or ask your own question.

5
How do I cut a semicircle into a curved surface?
1
Interpolate mesh surface between curves
2
How modeling a complex object into a shape draw by a sharp line?
1
Wrong loop cuts position offered by blender by default
4
"Cutting" a logo into a rounded shape?
1
How do you control an edge loops direction?
3
Rounded shapes with hard surface modeling (lubricant bottle)
1
What sculpting tools would I use to separate a jaw from the skull?