I am trying to create a 3D printable model of an existing nature protected area in Germany and kind of hit a wall since i am very new to blender and 3D modelling.

The end result should look like this (apart from my model only having one texture on the up side): 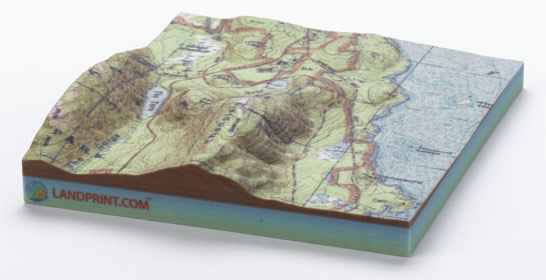 What i did so far:

so far so good. as far as i know, i need to modify this plane to make it an actual 3d printable object. i would like to have it look like in the first picture but being kind of a hollow cube with a relief on the up side to minimize the costs.

so i thought i would create another plane with the same dimensions, place it underneath the first plane, subdivide 500 times like i did with the first and finally join the vertices along the edges. in addition i would solidify both planes using the modifier.

i actually have the feeling that this is not the result i had in mind, since it seems like only the rim of the plane got solidified as can be seen in the picture. i don't seem to actually have created thickness.

after adding the second plane, positioning and solidifying it i got this result: 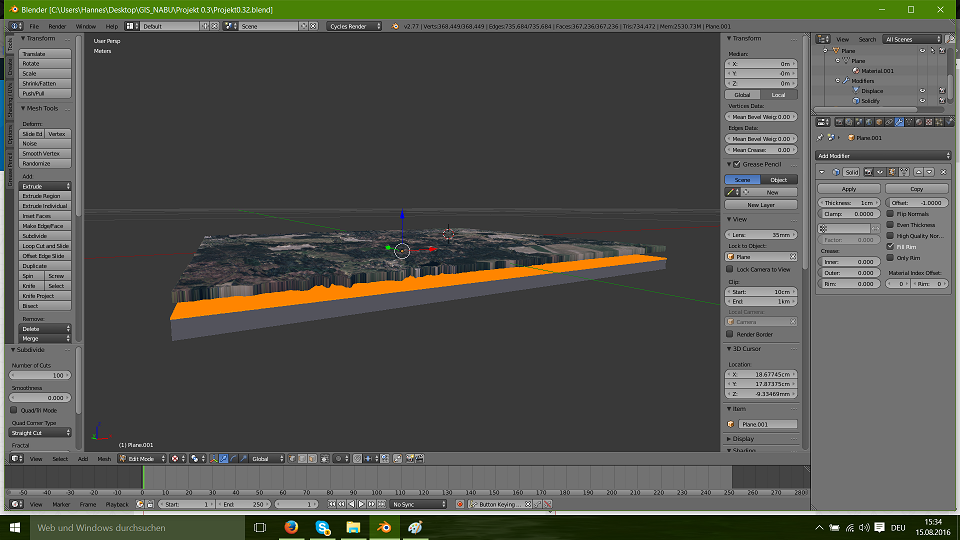 and now i hit the wall. i assume that one way to proceed would be to build the four "sides" of the cube by connecting the vertices along the rim since they mirror each other (because i subdivided both planes 500 times and located them parallel to each other).

how would i connect the vertices in blender?

what would be the quickest way to achieve the intended end result?

I am completely new to blender and assume that the result could be achieved fairly quickly, but i don't know how and i am not sure if my intended method would actually be the best method to achieve the result...

has anyone experience in creating printable 3d reliefs in blender who could point me in the right direction?

Note: all keystrokes are not visible in the gif as 500 subdivisions is a bit too much on my computer. But the keys are written above (and you can see the operations on the bottom left of the screen)

1
Insetting a non-closed mesh into a solid object
1
How can I create dynamic brick/tile-like geometry?
3
Cut mesh along a set of 20 planes
4
Best approach for modeling two interlocked cylinders with different number of vertices (for 3D Printing)?