Cutting a 2D plane using intersecting planes as a guide

Sorry if this seems like a newbie question (I'm very new to Blender!), but what's the easiest way to cut into a mesh using other objects as a guide?

I attached an image for clarity. I want to remove the section of the horizontal plane highlighted in red, using the perpendicular planes as a guide. I tried boolean but just deletes the entire bottom plane. Knife also doesn't seem to be able to use other planes as a guide.

What's the simplest way to do it? 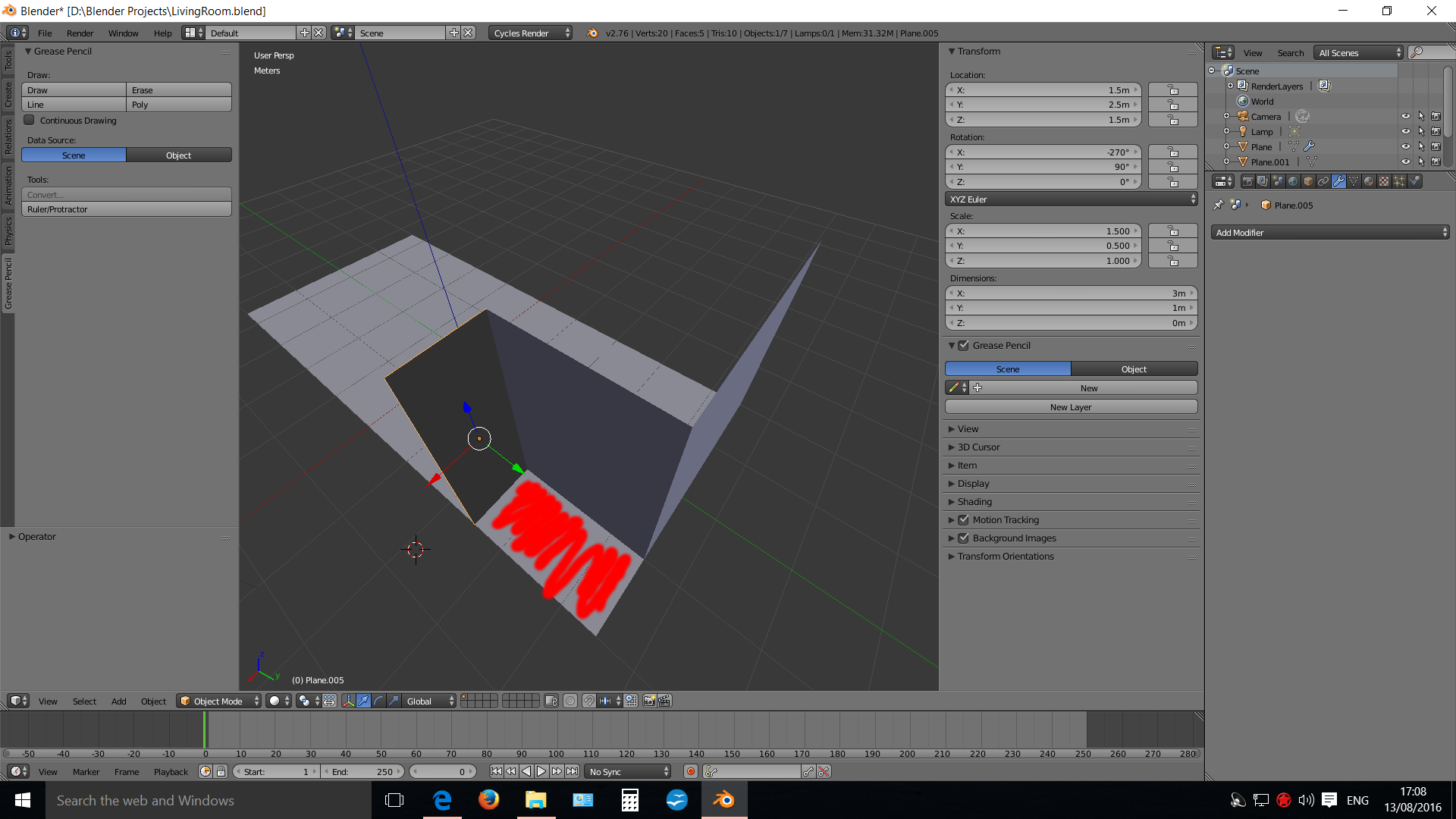 As it is a "cut" question, you can use knife project :

Knife project uses a mesh to cut into another. The cuts are given through the view plane (so it depends on from where you are looking). The cuts are given using the cutting object edges (from this point of view), to create new vertices and edges in the cut mesh.

A step further... this make an ngon (a face with more than 4 vertices) and it is better to avoid ngons...

Not the answer you're looking for? Browse other questions tagged modeling mesh modifiers knife-tool or ask your own question.