Get smooth and slow 25fps video from 50fps footage

I created a project in Blender 2.77 and am trying to slow down some of these strips to get a dramatic, smooth and stable effect, so I applied a speed control effect strip (speed factor: 1, multiply speed: 0.5) to them and the slowdown is previewed fine in the viewport (it seems to me, although my computer is not powerful enough to preview all frames).

When I render the project however (with an output frame rate of 25fps and "100 old / 100 new" time remapping settings), I can distinctly see that the playback of the strips I slowed down is jagged, ie. I see the distinct frames coming up, no smooth playback. The speed is fine but playback fps seem to be half of 25 fps.

How can I achieve a smooth slow-motion effect? I have double the needed frames (source footage 50p) so it should work to output slow and smooth 25fps video, right?

After some research, and the help of the people who commented and answered my question, I now understand that Blender handles output frame rates differently to the way it is done in commercial video editing programs (ie. Power Direcotr, Adobe Premiere Elements).

When the output frame rate does not match (ie. is smaller or higher) the footage's input rate, the result is either a slowed down or a sped up video.

It might seem obvious to Blender aficionados but wasn't to me as a newcomer, who was used to video editing programs that preserved the original speed of the video, whatever the chosen output frame rate.

So there are two ways to slow down a video: simply lower the output frame rate or skip frames with the frame step (thanks @Edgel3D). Both work but I recommend using the frame rate as it results in an exact frame rate (using frame step resulted in a video with 25.0499 fps). However both also affect the entire video, and individual sequences thus need to be adjusted singly using a speed effect.

In my case, I was already unknowingly slowing down the video as my output frame rate was halved (I had muted audio), and additionally slowing it down with the 0.5x speed effect, resulting in a jerky output video.

I've done this and also found the output was jerky and downright terrible. I had to edit the footage anyway so I used the VSE (editor) and set the "Frame Steps" to "2" in the properties panel at right. (SH-SPACE) i.e. skip every 2nd frame. 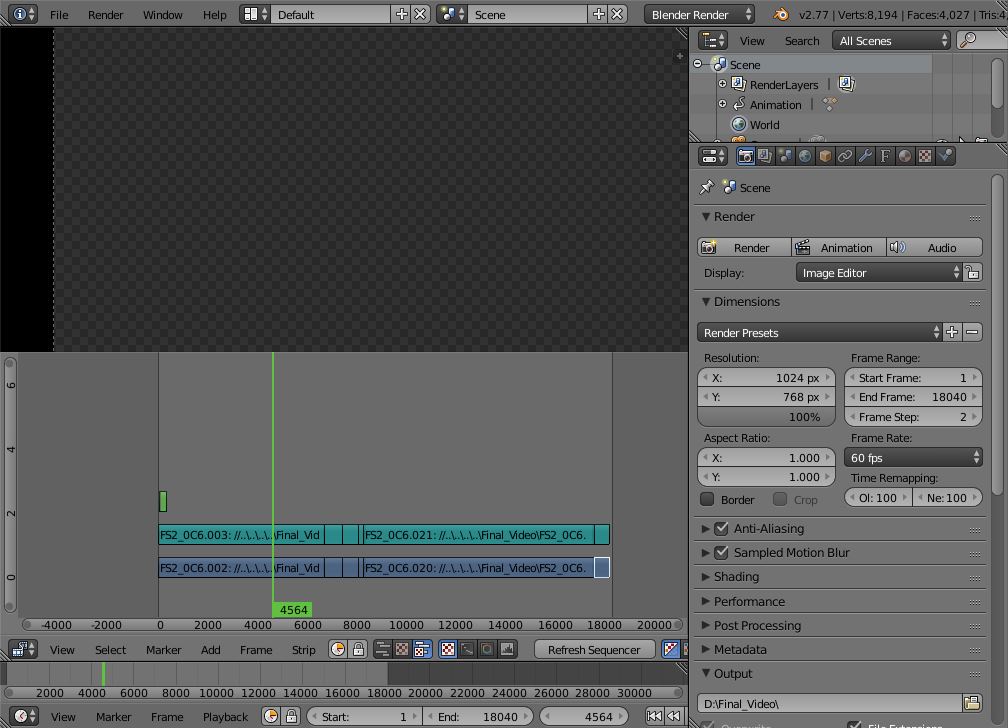 This gave an excellent result. Trying to convert 30 back to 25 in the VSE wasn't so hot though so I took the rendered video and textured a "Plane" in the 3D window with that and (would you believe) "Filmed" the frame using an ordinary camera object! Crude? Yes, but it worked very well and still rendered with remarkably smooth motion. 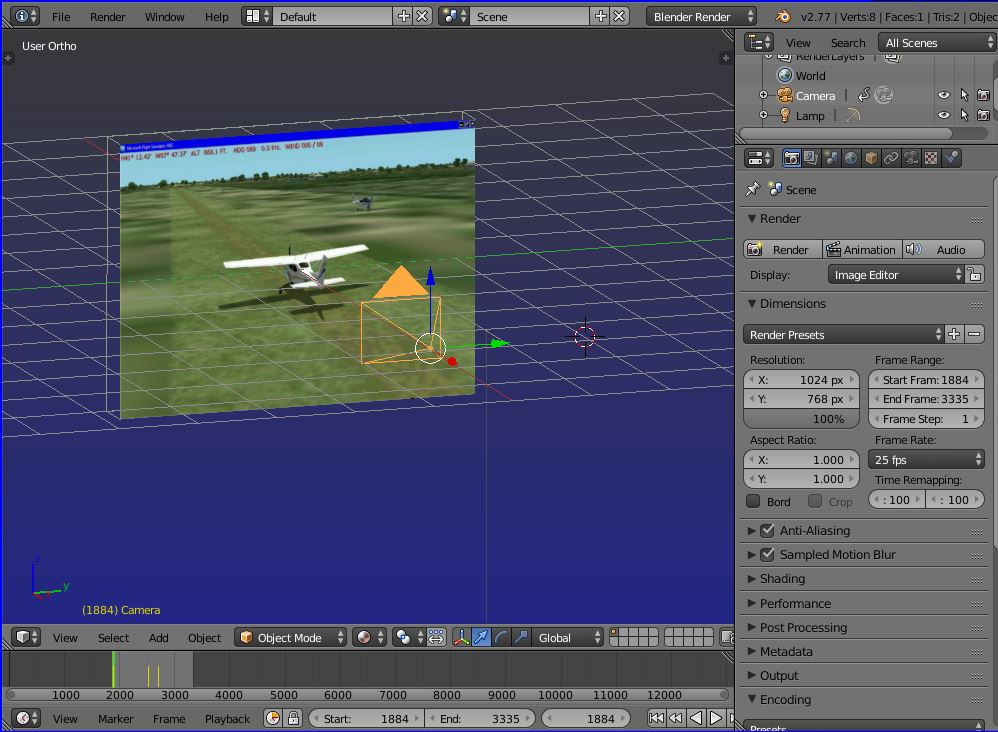 The video was rendered as a normal 3D animation but at 25 fps. The 30fps video was "screened" on the vertical "Plane Object". If I recall correctly this one was rendered using the GL renderer.

In case you haven't textured a plane with video before, there is a setting in the Plane's textures property panel -->Image tab, that requires you to tick the "Auto Refresh" box. 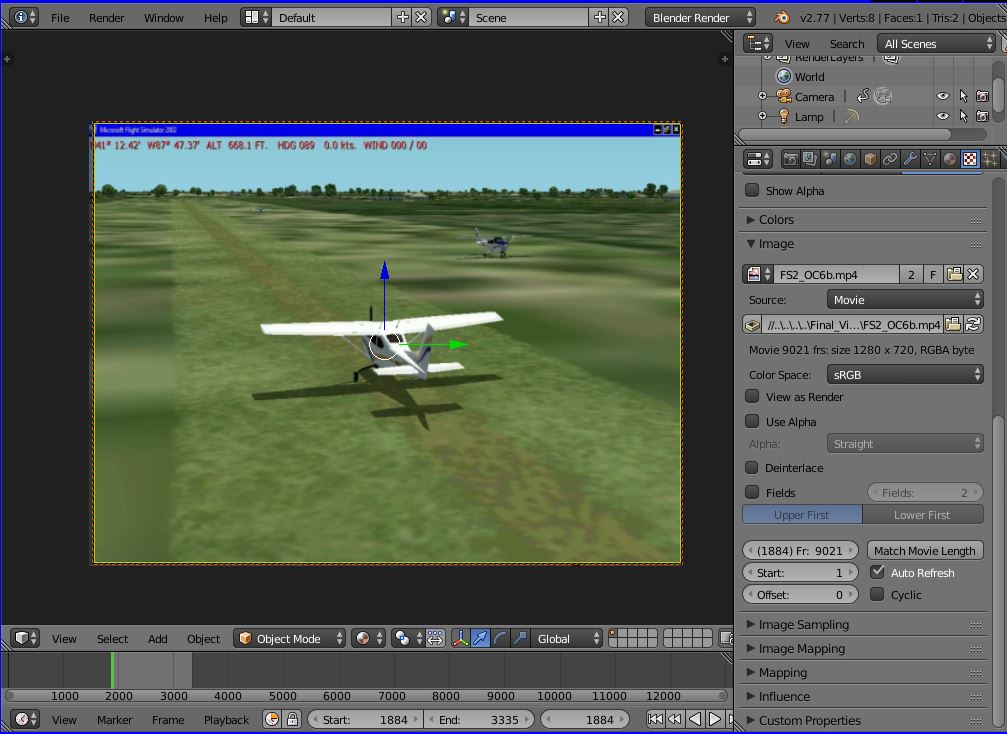 Hope this works for you also...

8
Can I use Blender in a slow-motion video workflow?

9
Why will audio and video not sync in rendered video file?
6
How to eliminate visual artifacts in rendered output when using the Speed Control effect?
2
How can I render a sequence created in the video sequence editor?
1
"Holdout"-alike Effect Strip for Frames in the VSE?
1
Can viewport playback be improved by moving elements to other layers?
4
How the speed it up a portion of a video, and also all of it?
0
Why isn't VSE dropping frames and giving me a correct frame rate?
0
End frame setting not respected after Time Remapping