How can I use vector mapping to control the Anisotropic shader?

Is it possible to use the Anisotropic shader with texture vector mapping, as with the other nodes? I don't see the "vector" input in that node...

So there seems to be no way to plug the UV (or anything else) from the texture coordinates node to the anisotropic node. And by default, of course it uses the generated input.

So for example, there is no simple method to create the following image (I cheated to make it look this way)? By "simple method" I mean manipulating texture coordinates as we usually do.

As you can see, in this (cheated) image, the texture looks like it's been moved away from the center of the mesh. It may look weird, but how can I do this?

I'm using the latest version of Blender with Cycles. 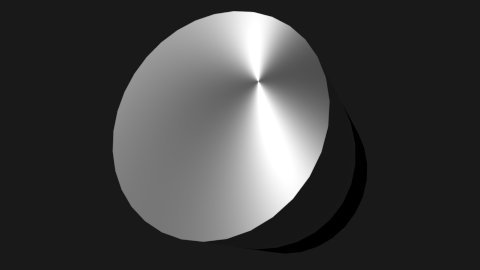 The Anistropic shader is not using the Generated Texture coordinates input as default because, as you correctly noticed, there isn't a Vector socket.

The two vector-type input present in the shader are:

If the last mentioned socket is left empty, the default Tangent vector is being used, that corrisponds to the Tangent node in Radial mode and Z axis.

But what exactly how the Tangent socket affect the shader result?

As we know anisotropy means that the material has different properties in different directions; the Anisotropy shader is like a Glossy shader but with reflections that are "stretched" upon a certain direction. The Tangent input drives the direction on which the light is stretched: 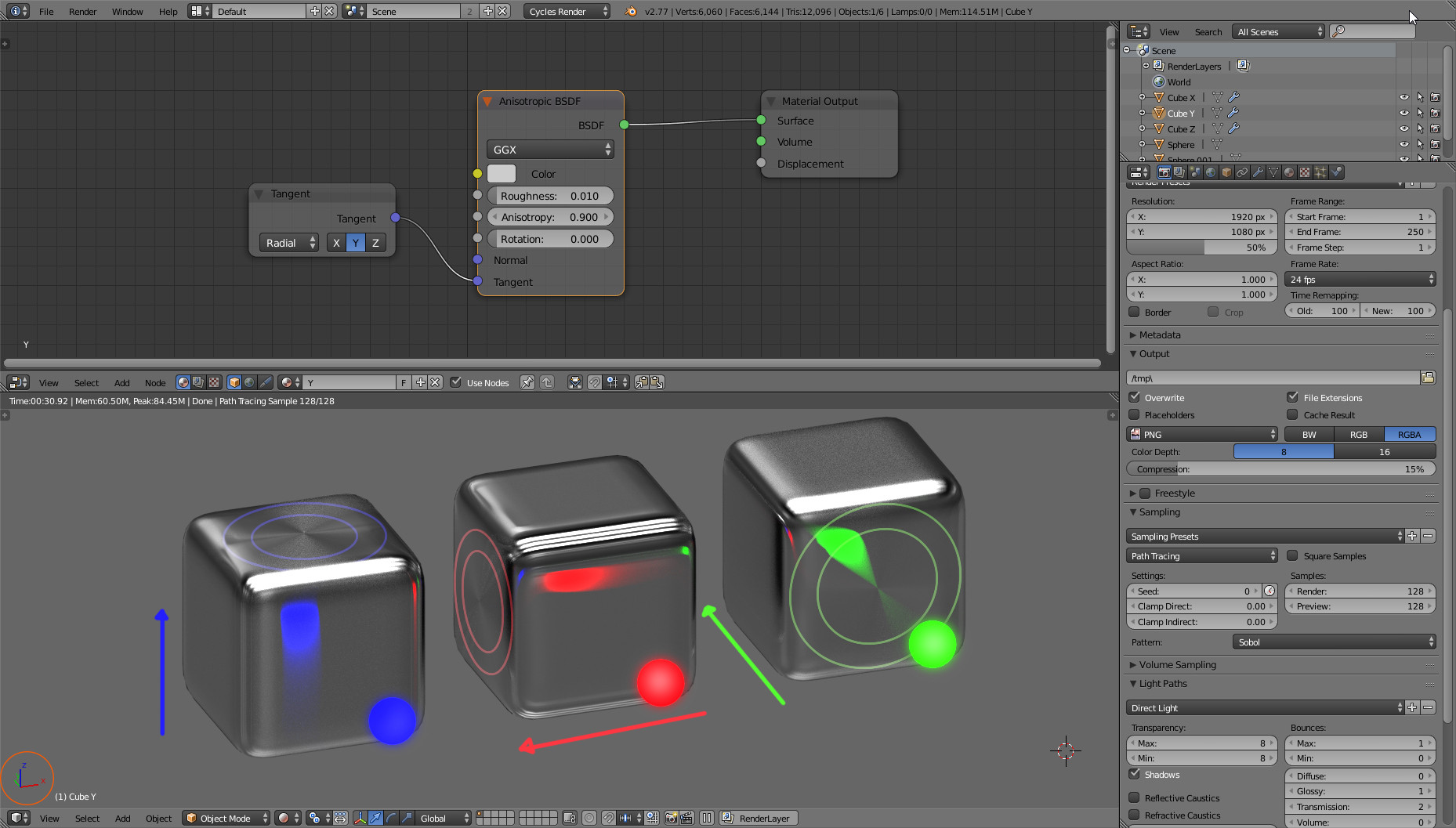 Using the UVmap mode can help you in controlling the direction of the tangent ( the V direction in the UV space). 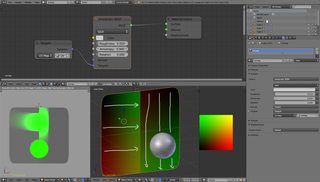 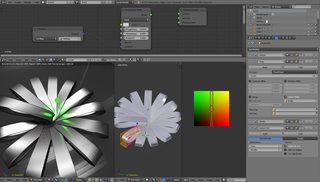 The reason you can't easily tweak the tangent with the vector mapping is because the values don't have nothing in common with the position of the shaded point. Here's what the Tangent (Radial Z) component X looks like: 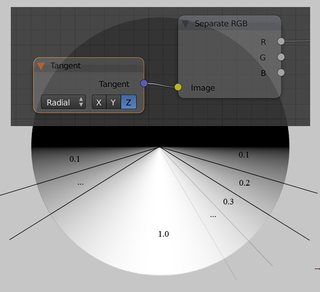 The operations that the Mapping node is capable of (multiply, add, rotate..) would not result in a shift of the Tangent vector in the 3D space. While the Texture coordinates are in a cartesian coordinate system, so if you add 0.1 to X, the texture shift along the X axis, adding 0.1 to the radial-mapped values of tangent node instead, will result in a change of the circular sector, but the center will always remain still (it even has an undefined value).

A possible workaround for this situation could be to emulate the vector result of the tangent node with a Texture coordinates node that you'll able to tweak with the Mapping node, or maybe using an empty as origin. The trick consist in moving the center and, only after that, reconstruct the "radiality".

Starting from the Object's coordinate, just get rid of the Z component and Normalize the vector.

Now you can move the empty, or add the mapping node just after the Texture coordinate node as usual, in order to set the convergence point of the anisotropy property. 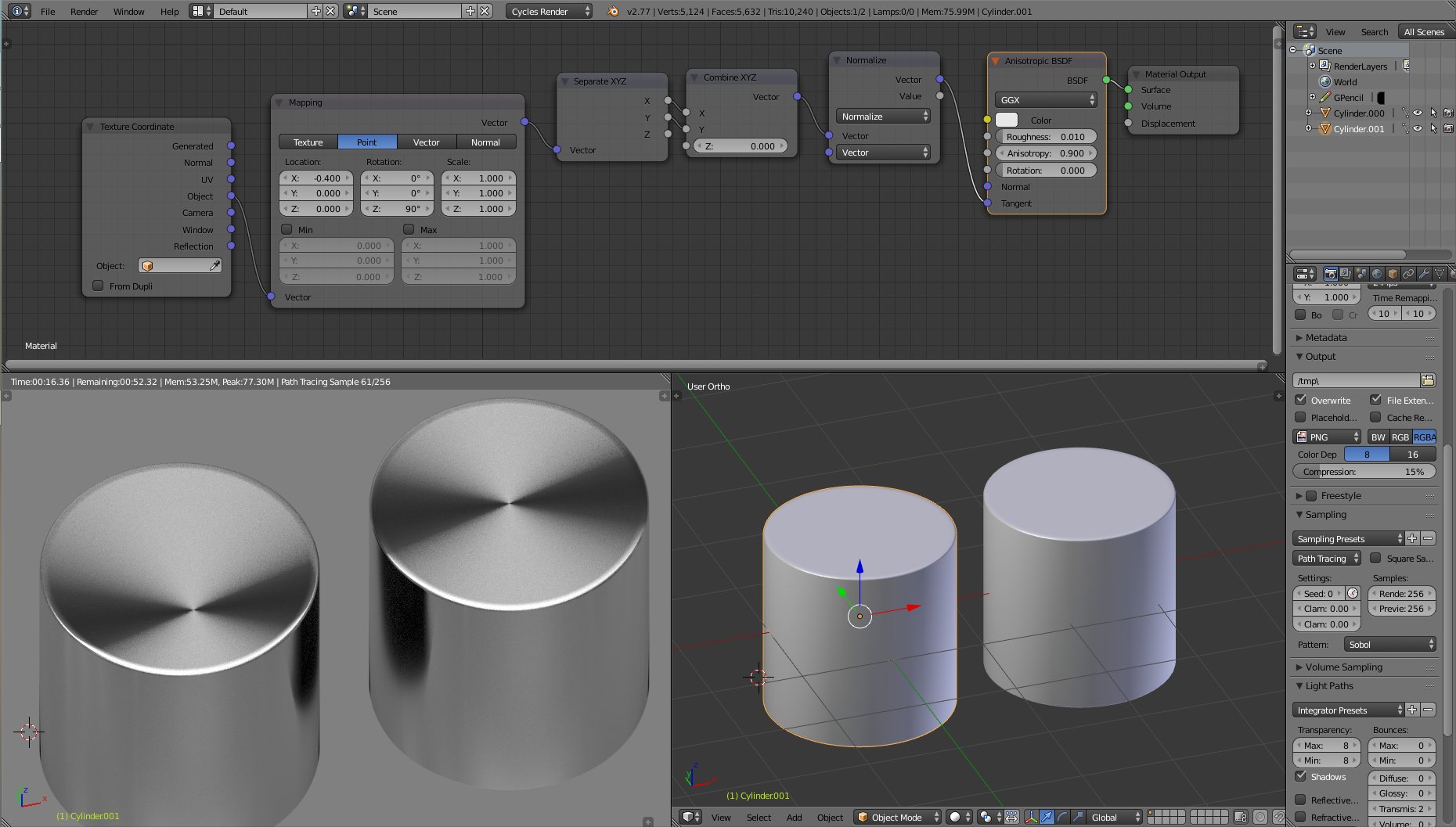 11
How to repeat an image which uses Sphere mapping in Cycles
1
Vector for Camera Direction
2
Controlling vector mapping using object geometry
1
How does texture mapping work in Blender?
5
How can I rotate a spherical texture without getting a distortion?
2
Mapping node is not showing texture