i've made a mistake - modeled a complex (consisting of a number of meshes) object without a mirror modifier.

and now i came to unwrapping and decided to use mirror modifier. but stuck. i don't know how to split this object into halves, because tools i know (knife, edge loop, bisect) won't do it.

i was adviced to use boolean modifier first with a cube. it seems to work, but may be there is some simplier way?

EDIT: boolean worked only on somehow simple objects, but failed on something more complex.

here is the image: 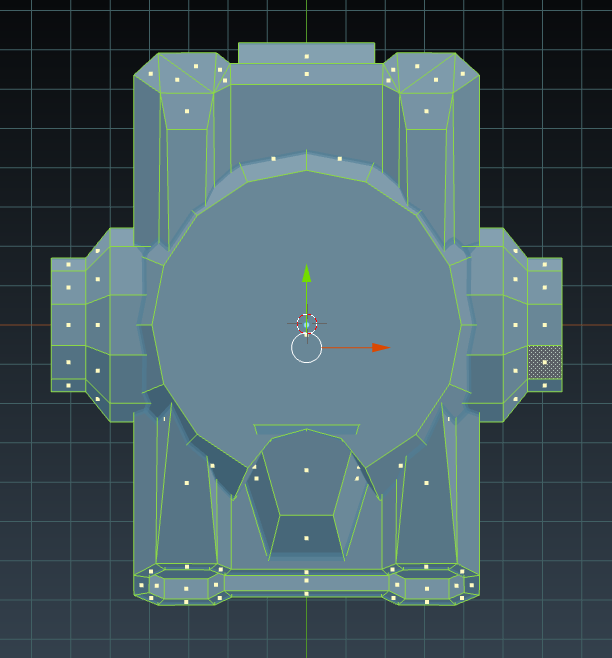 it is perfectly symmetrical. it not always has edges in the middle, but i think it's not a problem (faces there are flat)?

In Blender 2.83 I've had success using the knife tool but it's a little different than above. This will only work with symmetrical objects.

Check out the cut in mesh mode to make sure it went all the way through, then press Enter to finish the cut. You can now split the object at this line for two perfect halves.

12
How do you make a loop cut a straight line (not follow the contours of the mesh)?

6
How can I slice an object horizontally into equal pieces?
3
Curves and Booleans Woes
0
Union partially overlapping cubes without boolean modifier
1
Boolean Modifier difference operation not working
1
how to split an object into two
1
boolean slice no longer part of blender 2.8?