Description Of What I Am Doing

I am building a rig that uses both IK and FK controls. I want this rig to have a script which will set the rotations of my FK control bones to match the pose of the IK bones (similar to rigify).

My method is to do the following:

Here is the code I use:

The pictures below will hopefully explain what I mean. 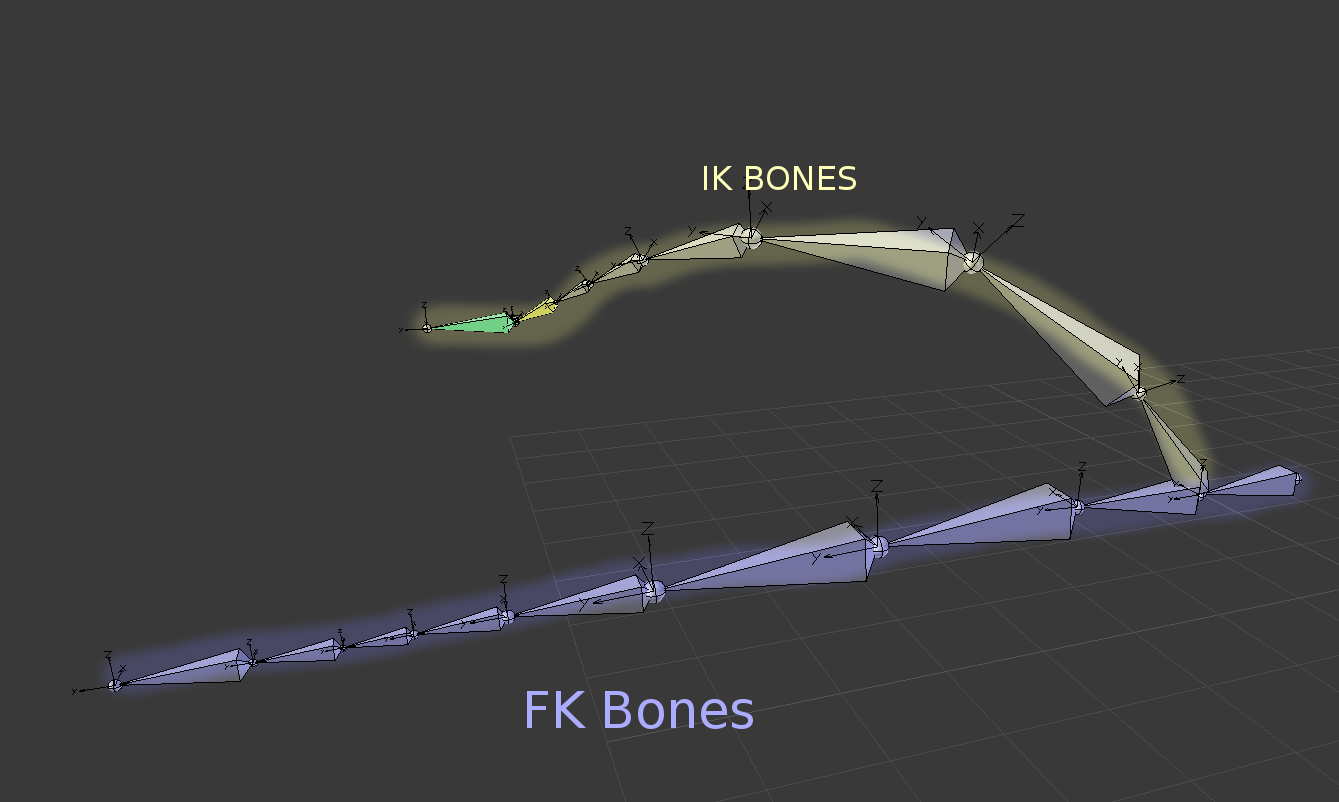 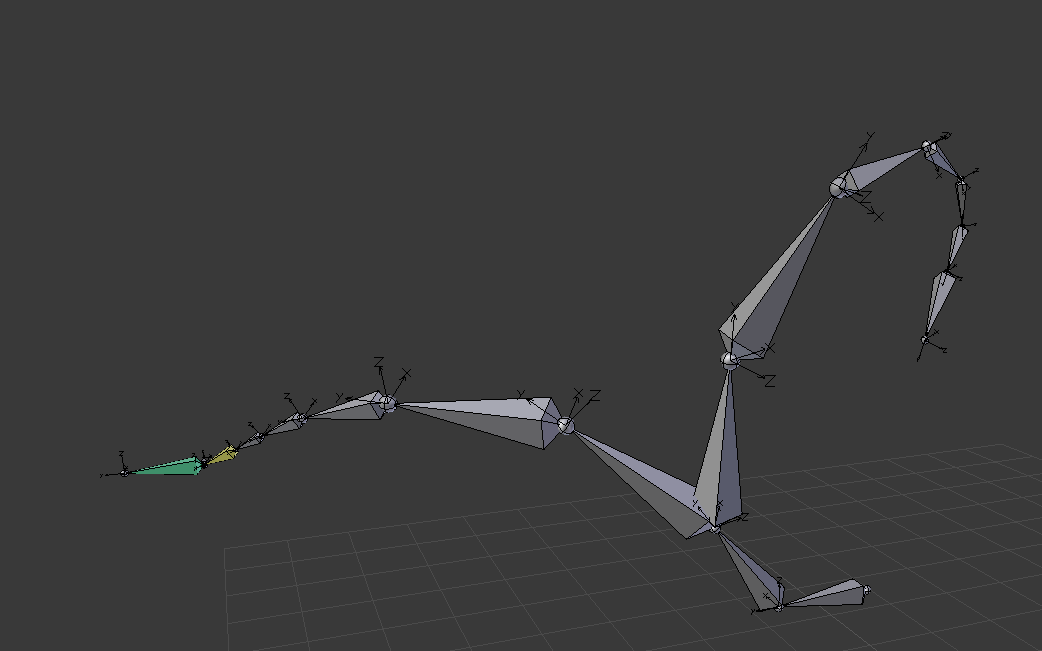 Alas, I cannot have more than two links, due to my low reputation. Imagine moving the first separated bone to where it looks like it should go (the remaining bones move relative) in the previous image.

I assume this bug in my script has something to do with the fact that only the second time I execute the script, the bone data takes the parent matrix into account (since the pose is now in place).

Is there a nicer way to achieve what I am trying? In essence, I want to copy the world rotations of each bone. I tried looking for the source code of the COPY_ROTATION constraint, but I was unsuccessful.

See this section of the api documentation. Setting PoseBone.matrix probably does the calculations required for PoseBone.matrix_basis but does not update the value of the underlying DNA world matrix property, which is wierd. Here is a script which uses the scene.update method:

For later versions of blender, at least 2.9, possibly 2.8: . self.obj.update_tag() is not needed. . The use of scene should be replaced by view_layer

It appears that the matrix of each bone is set in relation to the parent, which at the time of execution, is not matching its corresponding IK bone. This is why the script works after executing multiple times.

Before changing the matrix of each bone, I may update the armature's bone matrices, so that this relative to previous parent position issue will no longer happen. I can do this by calling bpy.ops.pose.visual_transform_apply():

Not the answer you're looking for? Browse other questions tagged python pose-mode or ask your own question.

2
compare two same armature structure, rotate first armature's bone to the second position
3
How to set bone rotation in Python script by an absolute value?
3
How to translate a bone with IK in pose mode using the python API
13
How can I manually calculate bpy.types.PoseBone.matrix using Blender's Python API?
1
Bones with python: emulate armature with constraints
1
How to get local rotation from Matrix but taking parent transforms into account