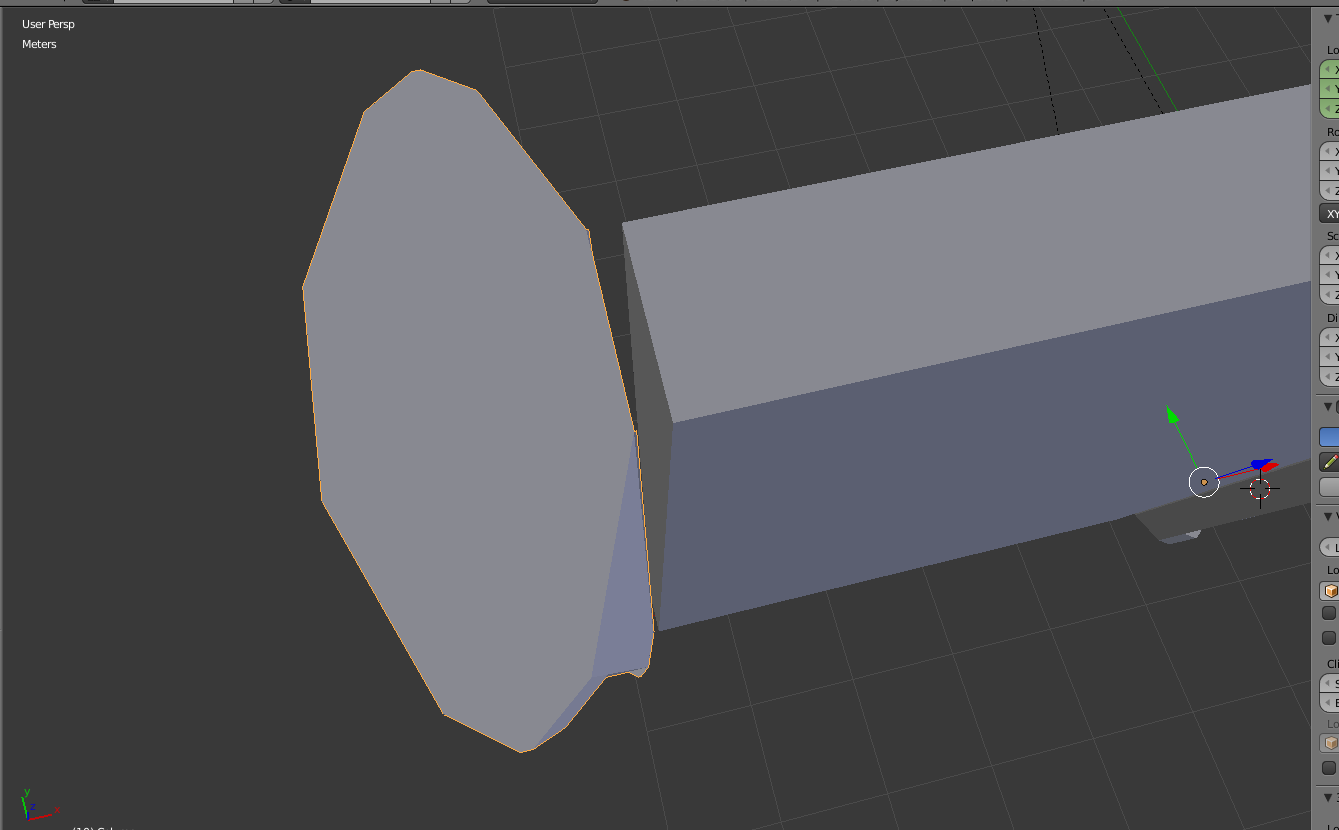 I am trying to align the object on the left and the one on the right, so that they are EXACTLY flush to each other and there is not flickering overlap.

What is the best way to do this? I tried zooming way in orthographically and moving the left one slowly, but it still overlapped slightly.

Is there an easy way to do this? Alternatively, is there a way to make the right object impassable, so that the left object simply stops at the edge of the mess?

The "flickering overlap" (known as z-fighting) isn't really avoidable. Due to things like floating point rounding errors, there is no such thing as exactly flush in computer graphics. If two polygons are coplanar enough, you start getting calculations that sometimes round off with polygon A being on top, and some round off with polygon B on top. Hence, z-fighting. In most cases, you are much better off having either a small gap or subtly intersecting the two objects, depending on your needs.

That said, you can use face snapping to get one object "flush" with another object: Snap object on top of surface of other object

But again, due to precision limitations, "flush" is ill-defined and hovering or intersecting the two surfaces is often preferable so one is strictly defined as being on top of the other.

Not the answer you're looking for? Browse other questions tagged mesh objects transforms faces snapping or ask your own question.

51
Snap object on top of surface of other object

2
Snap object pivot to object pivot of target?
2
Snap to grid using knife tool
1
Mechanical modeling: placing a bar between two ball joints
0
How to align two vertices on two planes?
1
How do i align diagonal beams?
2
Snap two nearly identical objects exactly together
0
Align one set of Vertex to another set of Vertex