calculate height, width and breadth of a object

I am creating a project named "text to scene" where user can enter a sentence and the output will a complete scene rendered using blender. I've completed the initial phase using NLP but for the later stages of the project I need to somehow place objects in blender as needed or directed by the user in the sentence. I've stored all the data (regarding the objects) but I can't find a method to apply it in blender(or any other 3d modeling and rendering software).

So I basically have to

3). place other objects relative to the dimensions of the root object

WORKING: (Skipping the initial NLP part) First import 3d model of "TABLE" into blender then calculate its height, width, length and then place a model of "VASE" above the specified height at the center of the top face of the table. 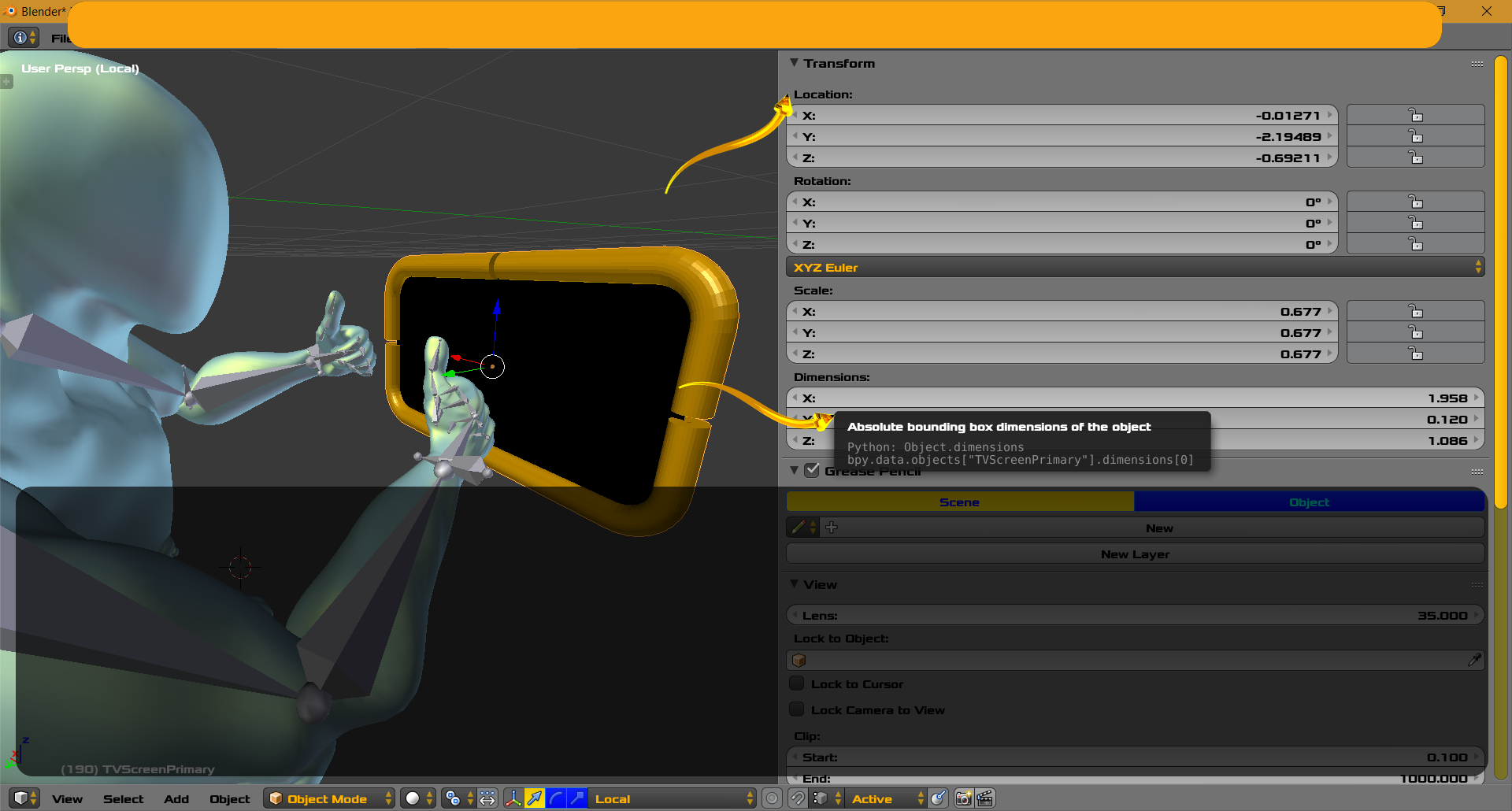 In the image above is the Blender 3D View. The information panel shows by pressing the letter [N] ... N. The location and Dimension are shown. The tooltip shows the Python expression for the dimension. Click on image to see original larger size.

This is not the whole story. Know that object origins can be moved anywhere for your convenience or not.

Just a quick example of querying an text object. Example from another question. Inspect and improve. The blue objects are placed at x-axis rights side of characters. 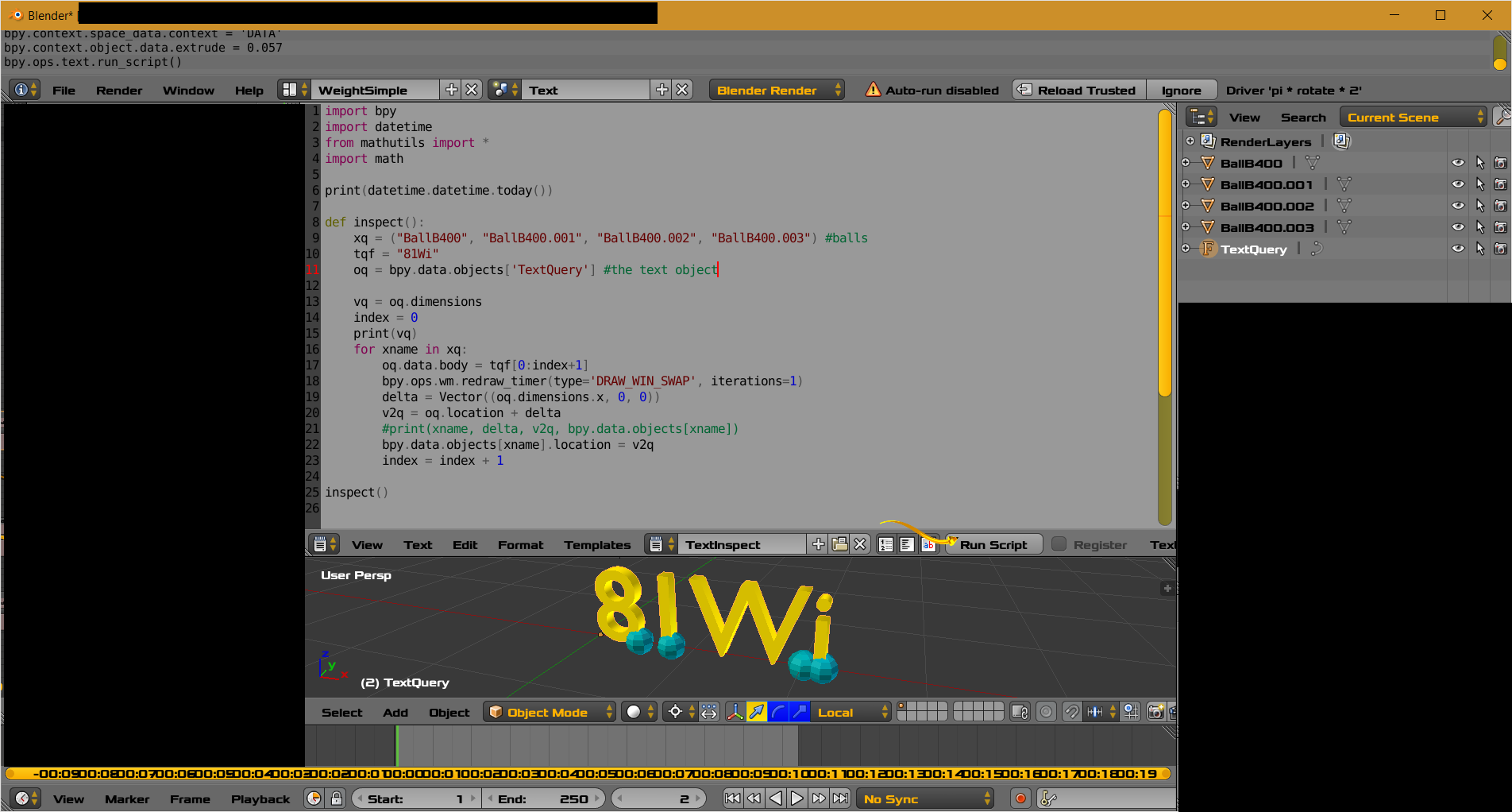 The console window of Blender. Multiple queries. After each Python statement I have edited text to add a character in the Blender 3D View edit mode. Note the increasing X dimension for languages like English, French, Spanish (left to right and top to bottom) with left justified text.

Not the answer you're looking for? Browse other questions tagged python command-line dimensions or ask your own question.

7
How to supress bpy render messages in terminal output?
3
Discrepancy in text object sizes?
4
Is there any way to use input() or raw_input() functions in blender scripting?
0
Explicitly setting object name to “X” actually sets it to “X.001”?
0
Is it possible in blender to change the dimensions of a downloaded 3d model in .blend format or .obj format in blender using python scripting?
1
How to export mesh object to FBX from command line?
0
Modifying a .blend file using python script(s) need to edit text inside a scene
1
Difference between played and rendered animation
1
Dimensions won't get updated via bpy script