How to make a mosaic plane

I'd like to create a plane mesh which is divided to arbitrary-form polygon regions, like gimp/Photoshop mosaic filter makes, or like Voronoi diagram (although the latter is not really arbitrary). So I want each piece of that mosaic plane to be a single face, and it also would be great to assign a (random) height to each face, making a stair-step terrain from the plane. What I've tried so far:

1) To generate a Voronoi diagram, paint each region in a grayscale value, and try to use it as a heightmap (import image as plane, then Displace with image texture). That was useless in terms of mosaic-faced plane fragmentation, of course, but I hoped that each diagram region will get its own height based on the color, so I'll get my stair-step terrain. That failed, it seems Displace doesn't work that way - it made a soft and smooth terrain, instead of sharp step-like breaks.

2) To take a mosaic picture as a texture, and use the Knife tool to draw the actual mosaic polygons over it. It works that way, but requires a lot of work by hand.

3) To open a Python console and try to make a Voronoi diagram right in Blender. Then I realized that what my code does is painting each pixel into corresponding region's color, so it doesn't create any edges or faces at all. Maybe there's some other algorithm (I don't actually need Voronoi diagram; anything that looks like about the same is ok) which will allow me to end up with a set of faces?

This is possible with the displace modifier, and you can use a procedural texture for the voronoi diagram. This way you don't even need to paint in each part of the voronoi texture, because they will generated each slightly darker/lighter.

And here is an example blendfile.

You can sort of smooth out the edges with a Smooth modifier: 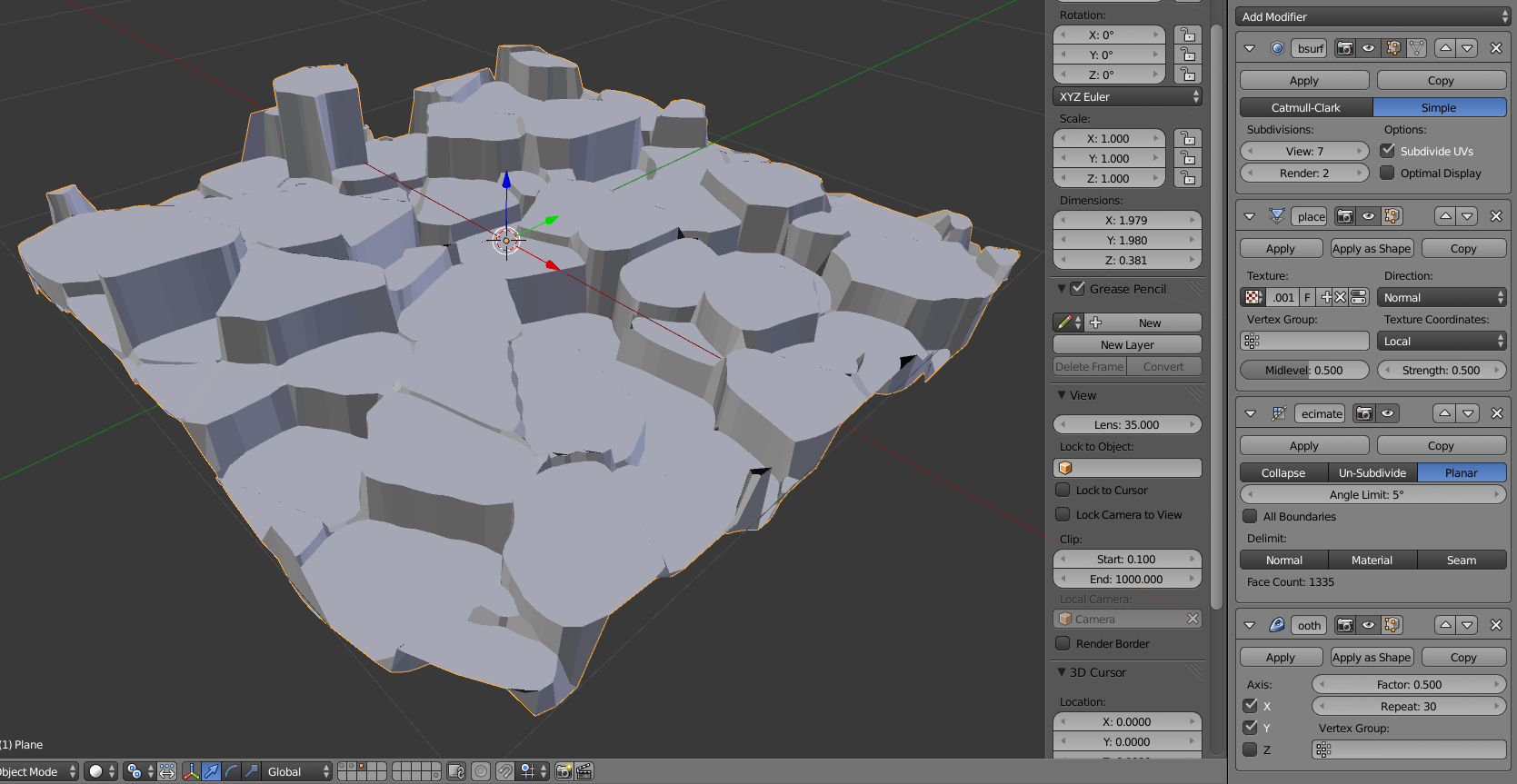 Expanding on Mike Pan's answer, here is a workflow using the Cell fracture addon. This addon is bundled with blender, but you still need to enable it in CtrlAltU> User Preferences > Addons:

Once it is enabled,

If you just want a static geometry and have no plans for animation on the plane, Use the Cell Fracture add-on as a basis to generate the shape. 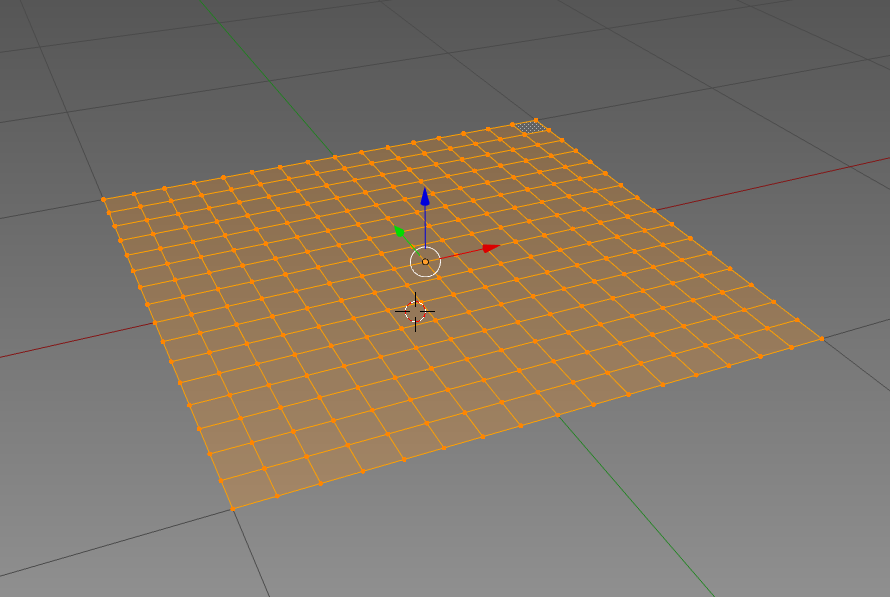 After applying the cell fracture add-on: 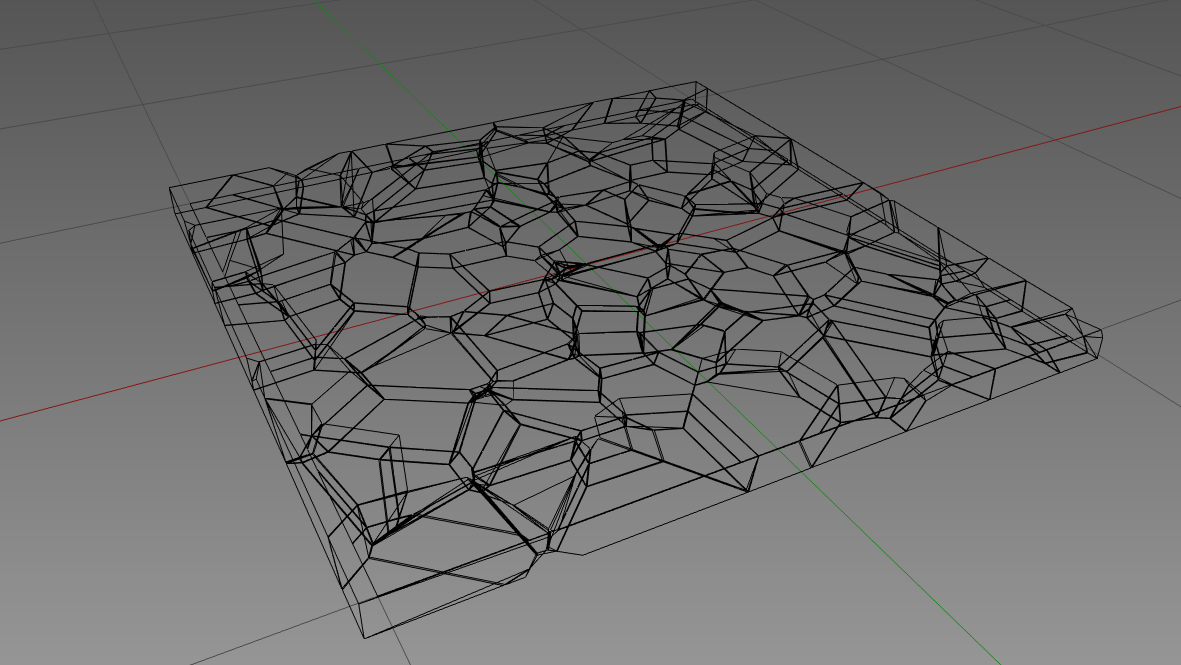 After 'randomize Transform' to raise the individual objects: 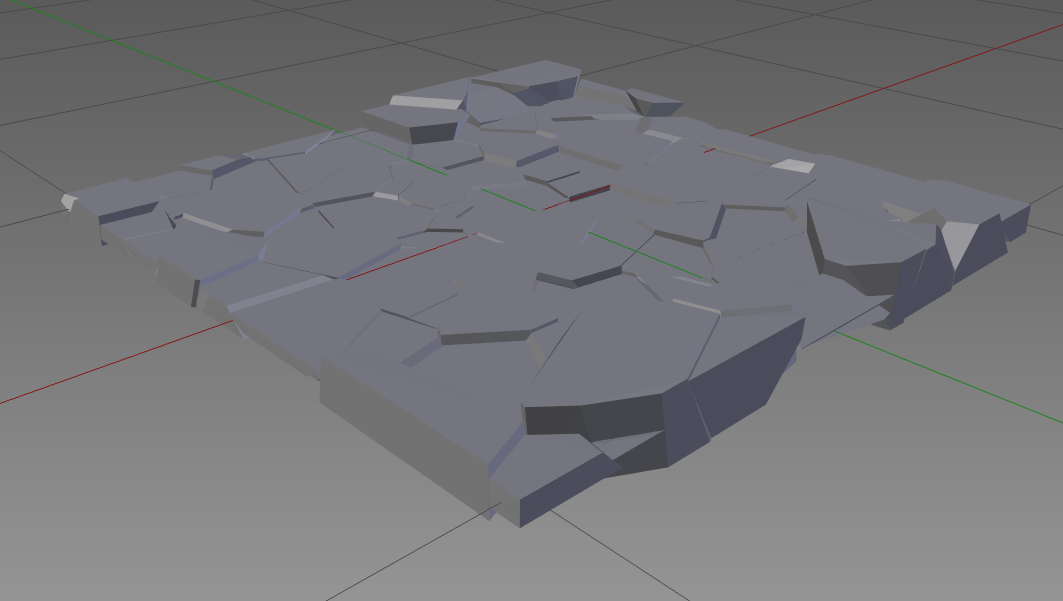 The geometry you generate should be a lot less complex and cleaner than the subdiv method.

Number one will still work, you just have to change (disable) the interpolation that Blender does with your image texture.

This post is relevant to your interests. The accepted answer says

In the texture's Image Sampling panel, make sure Interpolation is enabled, and increase the filter size (values between [1.5 ... 2.0] give quite smooth result, 3.0 and above are smooth but you loose definition).

...but you actually want the exact opposite: NON-smooth, UN-interpolated textures, so make sure it's disabled.

Not the answer you're looking for? Browse other questions tagged modeling scripting workflow or ask your own question.

9
Modelling fighter plane cockpit
12
Split a plane into smaller plane objects
47
How to round corners of plane?
4
How can I effectively import and texture a large height mapped terrain mesh?
1
How to make a triangular shaped plane
0
How to make Holes in Walls, connect Joints and make it symmetric / equal sides?
1
How can I unsubdivide regions of flat faces with Python?
1
Objects exported from Blender contain extraneous wing-like flat faces that don't display in Blender layout and modeling views
0
Floating Mosaic