I am new to compositing and find the whole thing thoroughly confusing.

I wanted to create the animation of a planetary gear mechanism and make the outer rings semi-transparent so that the inner workings would be better visible. As you can see from the following image I have been partially successful: 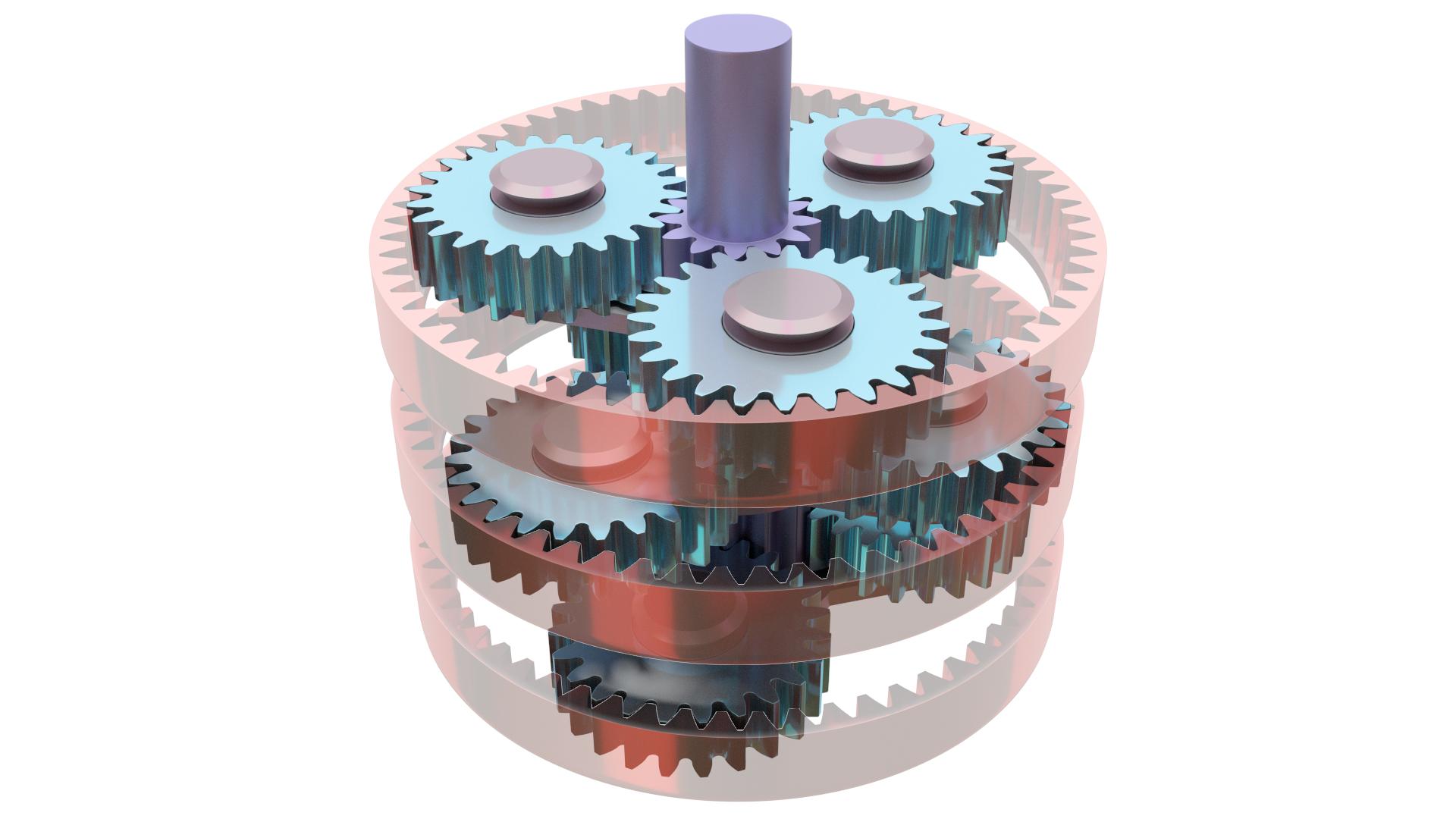 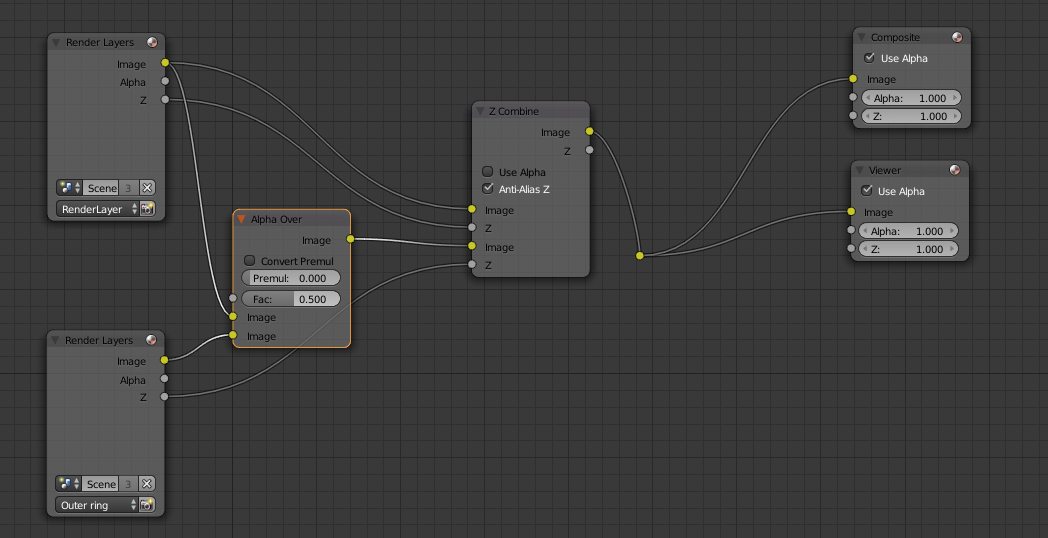 Frankly I don't fully understand this layout myself, it was created through trial and error. As you can see, the inner and outer wheels are rendered as a single scene: they cast shadows on each other. This is apparently because I have highlighted both layers. I would prefer, however, that each layer be rendered independently and and then combined but in such a way that the Z-index is taken into account, just like it is now.

Any hints how to do it?

Set up the Exclude layers section on each renderlayer so that layers you don't want included in the renderlayer are explicitly excluded:

By default, as you have noticed, objects outside the included layers will still affect the output through indirect lighting/shadows.

This is often very useful when compositing different parts of a scene together which should appear to integrate together seamlessly, but if you don't want this, it can be disabled via the exclude option.

"Excluded" layers will not have any affect on the output of the renderlayer.

Not the answer you're looking for? Browse other questions tagged animation compositor or ask your own question.

0
I can't see the 2nd layer rendered in the Compositor
2
How do I prevent losing contrast when compositing semi-transparent images?
1
Compositor and rendered image not the same
0
Composite for shadows Works for One object but 2nd object is semi transparent
1
Compositing black pixels to transparent
0
How do you create mask and “give it a diffuse shader” in this tutorial?
0
How to Make Semi-Transparent Edges Opaque?
0
White lines appearing when rendering shadows to separate layer and recombining in compositor