How can I use Animated Strip Time in the NLA Editor?

I'm interested in knowing how to use the Animated Strip Time in the NLA Editor. From Alrik's answer to this question, I thought it could be used to do turn a strip into something like slo-mo that's easy to adjust. The only info. I have though on this is from here, that Strip Time is all about determining influence "over what time".
What I did was made a cube, made a strip where the action is the cube moving diagonally. I played around with 2 keyframes on animated influence, and that worked out fine, but one I checkmarked the Strip Time and added a keyframe at .5, the cube doesn't move at all. I thought .5 would slow down the animation to half speed.
How can I use the Animated Strip Time option to do, well, whatever it's meant for, if not slowing down animation times? 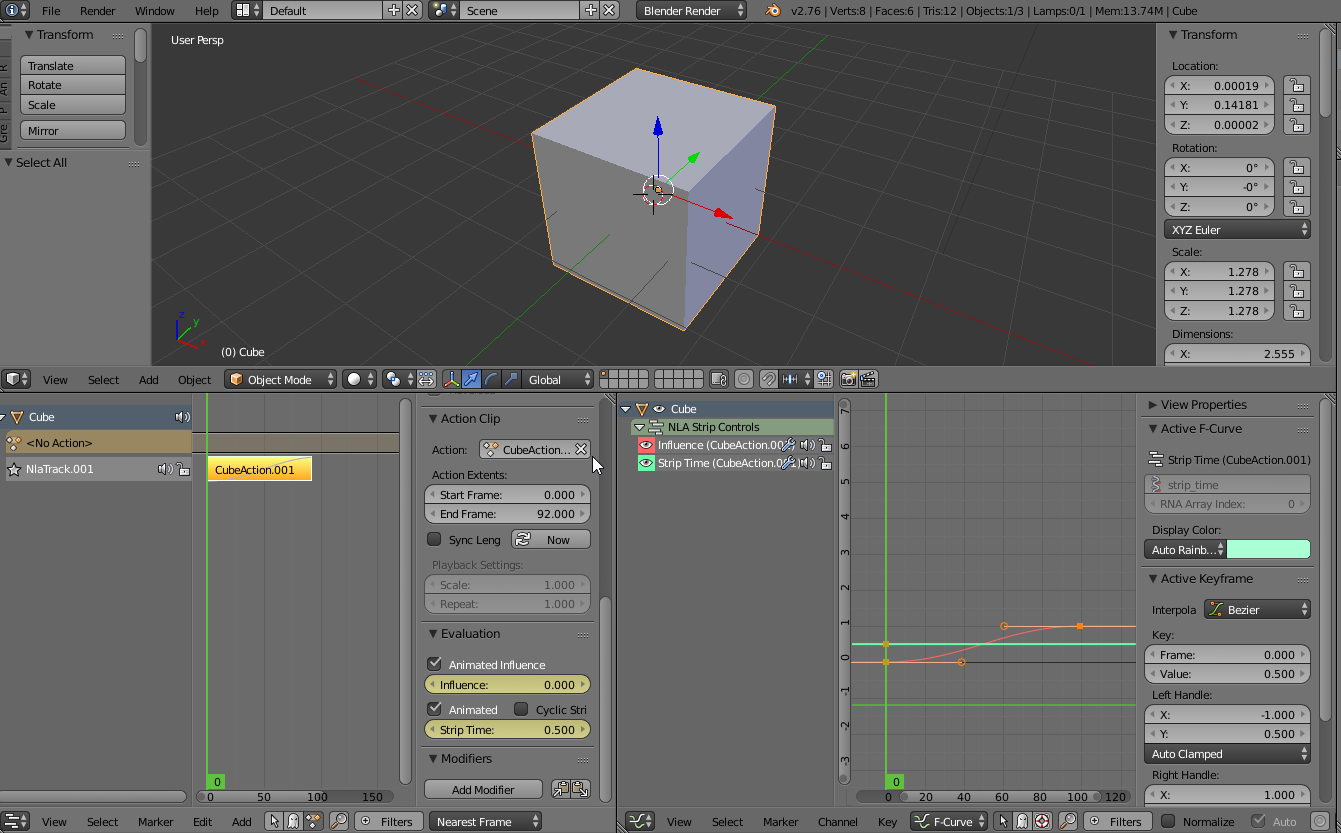 Came across the same issue trying to use it. Whenever I made a keyframe it would resort back to 0 and wouldn't animate.

I contacted the developer and it turns out this was a bug. It has now been fixed and it seems to be working fine on the latest daily build, which you can download from here:

UPDATE: Currently with the latest release (2.7a), you can only get it to work using the Graph Editor. 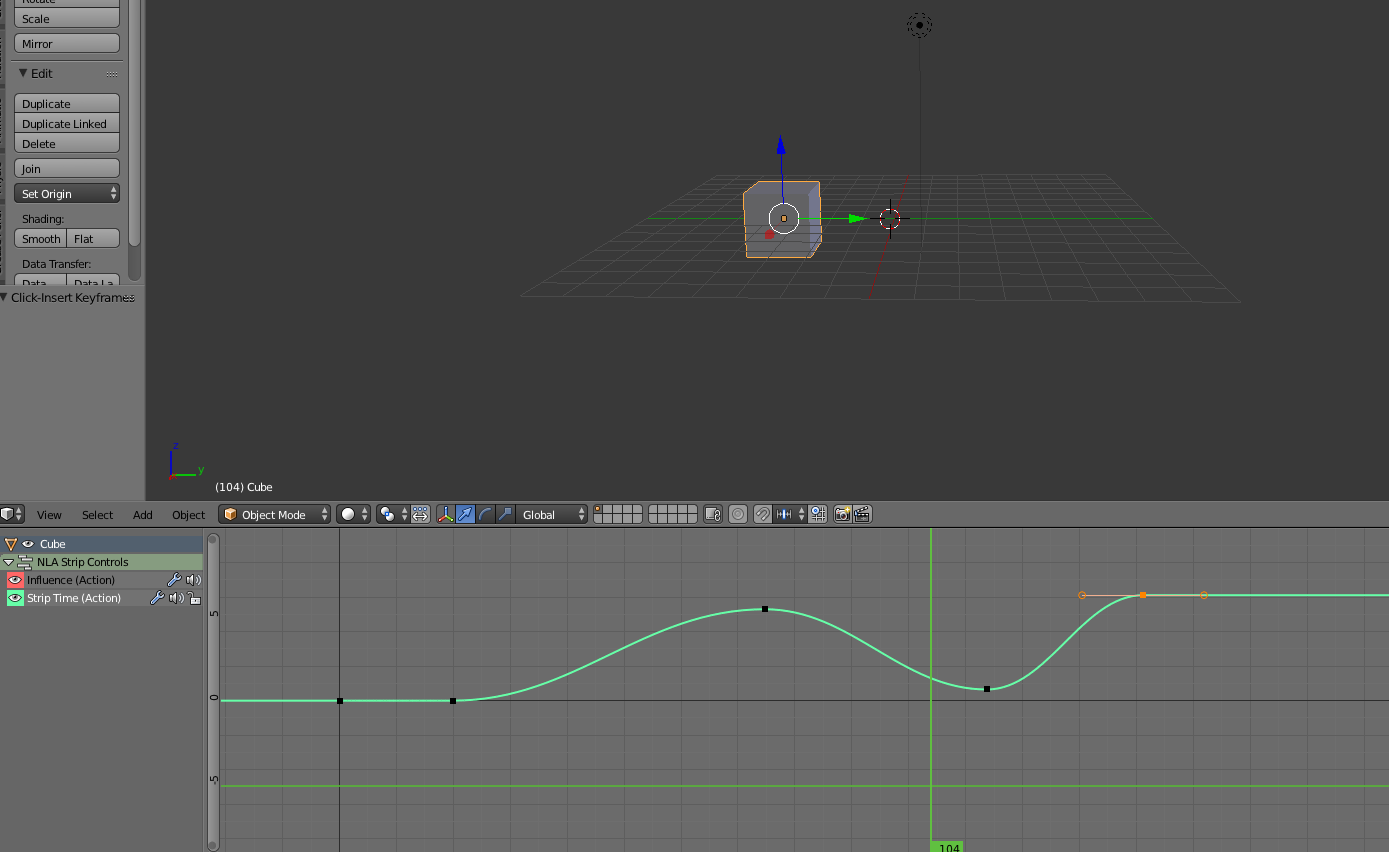 Please verify your graph keyframes are in the meaningful range.

The action extents in your screen capture are

thus the meaning values that can keyed in your graph are

Time value here does [not] mean 0-1 in general.

The range of your graph depicted in your question shows very little change or none at all. Value .5 with no other keyframe visible. Two visible keyframes would probably suit you better. Your graph should show non-zero slope somewhere for movement.

The testing of time here is complicated by combining it with influence. You may want to test separately.

The NLA playback settings ... Scale and Repeat may be the simplest approach for your needs.

As a more unlikely case I have a NLA strip with an action with keys of 680-720. Thus my meaningful time graphs would have keyed values of 680-720. Some not so meaningful (and misleading to the casual reader) values might be 0-500 which would by math.maximum map to 680-680. The small, out of range, values become the same value at different frames in mapped time. A similar result would happen if large, out of range values were specified in the graph editor.

3
How does one animate time in the VSE?
3
How can I make an NLA strip longer to fit more keyframes?
0
How to repeat an action with offset in NLA?
6
Global Slow-mo effect - Animating Time scale
1
NLA editor, default value before NLA strip starts
1
Multiple object animations not exporting to GLB
1
Rendering every other frame to 29.97fps