I tried to create Script node that kind of trance paint animated object in the scene. 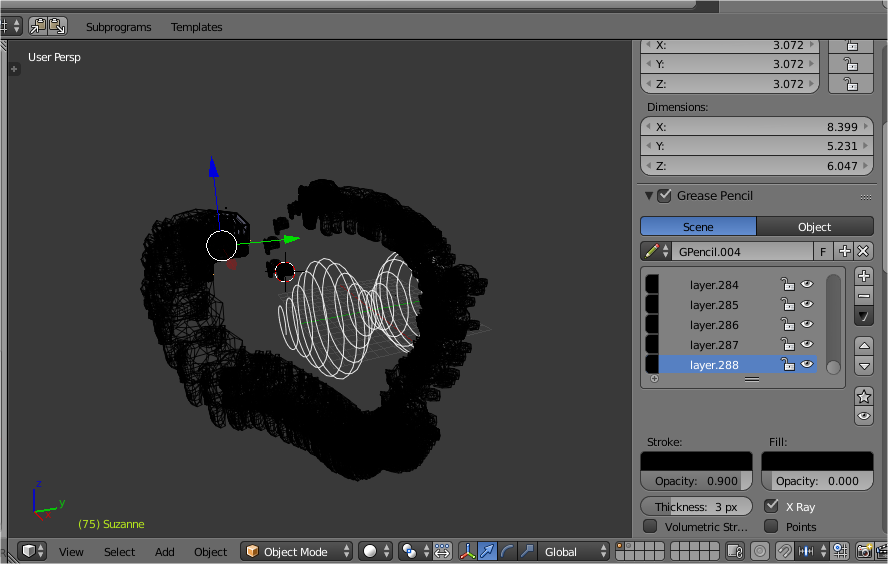 As you may already know, I still have limited experience with Python scripting and Script node itself.

I am wondering about few things. At this moment, the script continues to run and update, regardless frame is playing or not. And I think this should be more elegant, such as it should "stamp" the Grease pencil per frame or per other trigger.

I think Grease Pencil is an untapped ART TOOL, potentially to make generated art, although it is not outputting curve.

I like the idea of being able to AN Grease Pencil for stamping, to trace animation, and perhaps for Grease Pencil to actually trace vertices. Instead of generating mesh that is heavy. I believe Grease Pencil can be light.

So... the question will be: 1) If using Script node, how to setup so that it will update only by frame changes? 2) With grease pencil case, I would love the ability to stamp in different color, as well as trace and draw overtime in changing Hue.

Can I have some direction if you have time. Thanks!

Not sure about the second question but the first one is easy. If you want to execute the script only when the frame changes you have to modify the Auto Execution settings. 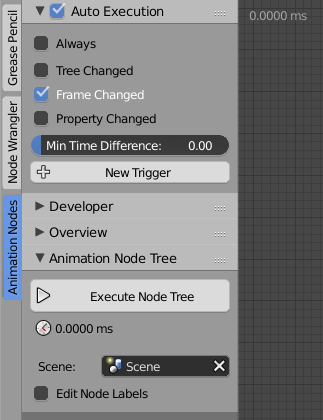 Not the answer you're looking for? Browse other questions tagged animation-nodes grease-pencil or ask your own question.

20
Convert Curves to Grease Pencil?
4
How to add points to a grease pencil stroke (or make new one) with python script?