How to get rid of backface colors? 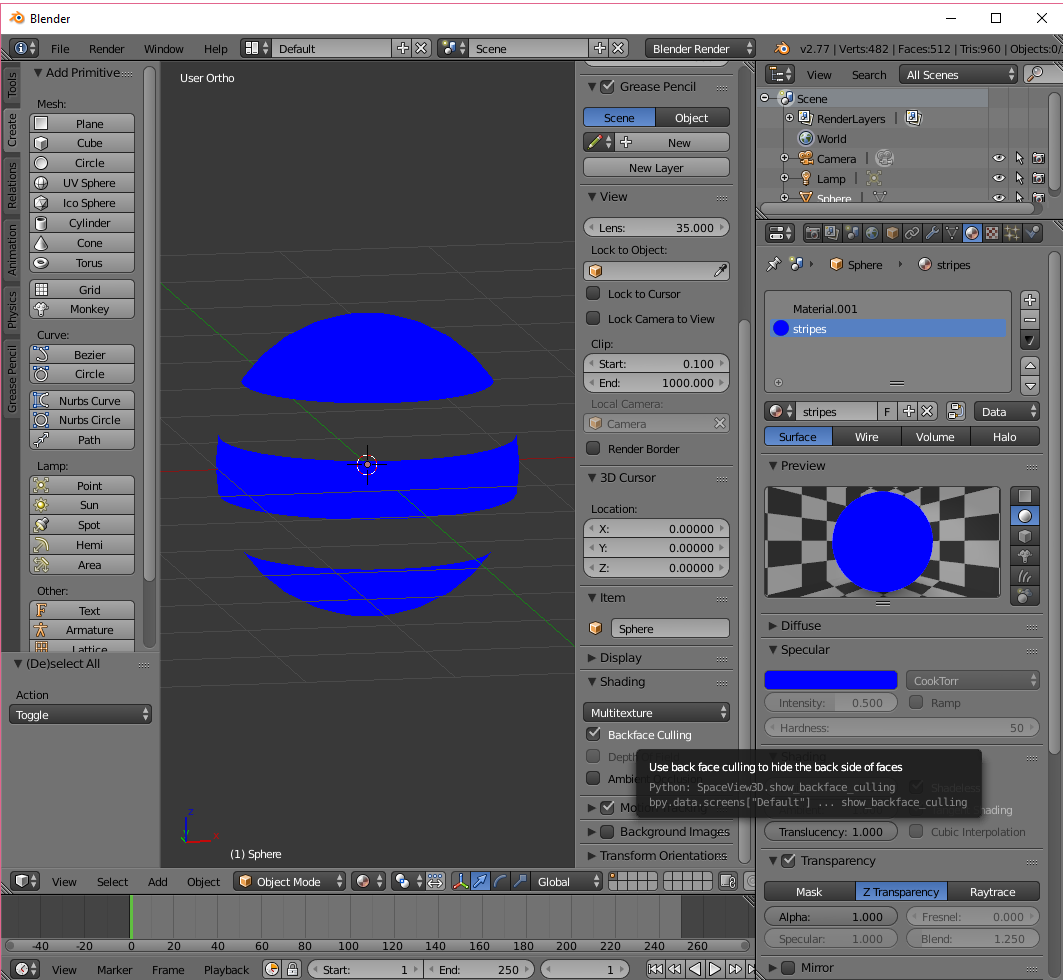 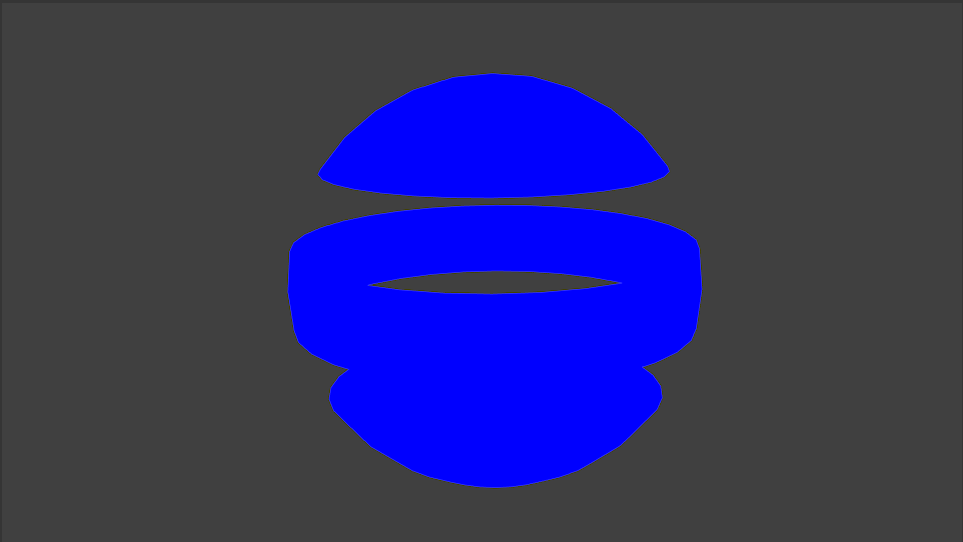 As far as I know you will probably have to use Node materials for this, I don't think there is any backface-culling options in Blender Internal Render by default, only through node materials.

For Cycles, you can use the Geometry Node, it has a Backfacing Output:

It returns white if a face is seen from the back, and black if it is seen from the front. Fed into the MixShader socket, it switches between the bottom (if white) Shader and the top (if black) Shader

I have actually done this some time ago but I used a different approach.

Instead of using transparent materials I removed the in-between strips physically. The backfaces of the strips remaining were visible until I culled those.

As stated by another contributor, the backfacing doesn't want to disappear when using Blender's built in Renderer but using the GL renderer instead will do the job on my PC at least. Perhaps the video card might give different results on different PC's(?)

I rendered a still (a video will render just as well) with the Backface Cullling ticked. Both the preview and rendered output did remove the backfaces. I also included an alpha layer on the still/video so it can be used as an overlay (Alpha Over) in the Video Sequence Editor.

I laid that over the background pic in the VSE and the result showed the front of the sphere's strips appearing, but importantly, without their backfaces.

I'm not familiar enough with Stack Exchange to upload pics/files yet but I have a zipped file which contains the Blender files, source pic and outputs if you'd like those.

It's just a matter of telling me how to get it to you through this site.

Certainly the ability to remove backfaces on transparent surfaces would be handy.

88
How is Cycles different from Blender Internal?
7
Self-excluding Transparency Material in Cycles
3
how to make camera look through objects from only one side?
3
How to apply two different materials in Blender Internal on front faces and back faces, *while involving transparency*
0
How to Render with Frontface Culling
0
Fade in out layers in cycles blender
1
How to only render shaders on one side of an object
0
Render image omitting unimportant polys

1
How to apply mutiple images to the material of UV Unwraped mesh
2
Transparency/Masking : See through an Outer Sphere and see Inner Sphere in true colours
1
How to get rid of materials showing in the viewport when in solid mode
0
How can I render a model with both alpha textures and backface culling?
1
Is Backface culling possible on another object?
1
Transparent Plane with Screw Modifier
5
Object material that is completely transparent, but occludes other objects
5
Which format for saving transparency from bloom and respecting colors (tried PNG/TGA/TIFF/EXR)