To use a single text object where each character of the text moves in their own unique manner.

The reason why I only want to use only one text object is because the amount of characters that are being animated are unknown and can vary. Additionally, I want to be able to press tab to edit the text and type it in with ease where it will automatically determine how the characters are going to be animated based on the presets that I made (the animation path I made for all the characters to follow at different times and the delay between each one).

Normally if I wanted to have the characters move independently, I would need to separate each character into their own text boxes and manually copy the animations. This will be troublesome if the entire length changes.

Additionally by putting each character into their own text objects, it would be hard to judge the distance between each character (and imagine if I have to change the text).

So can someone please help me and show me how to do this in Blender Render. It may involve Python and although I have learnt a little bit of Python a long time ago, I have no clue of how Blender interprets them and it's libraries so bare with me. 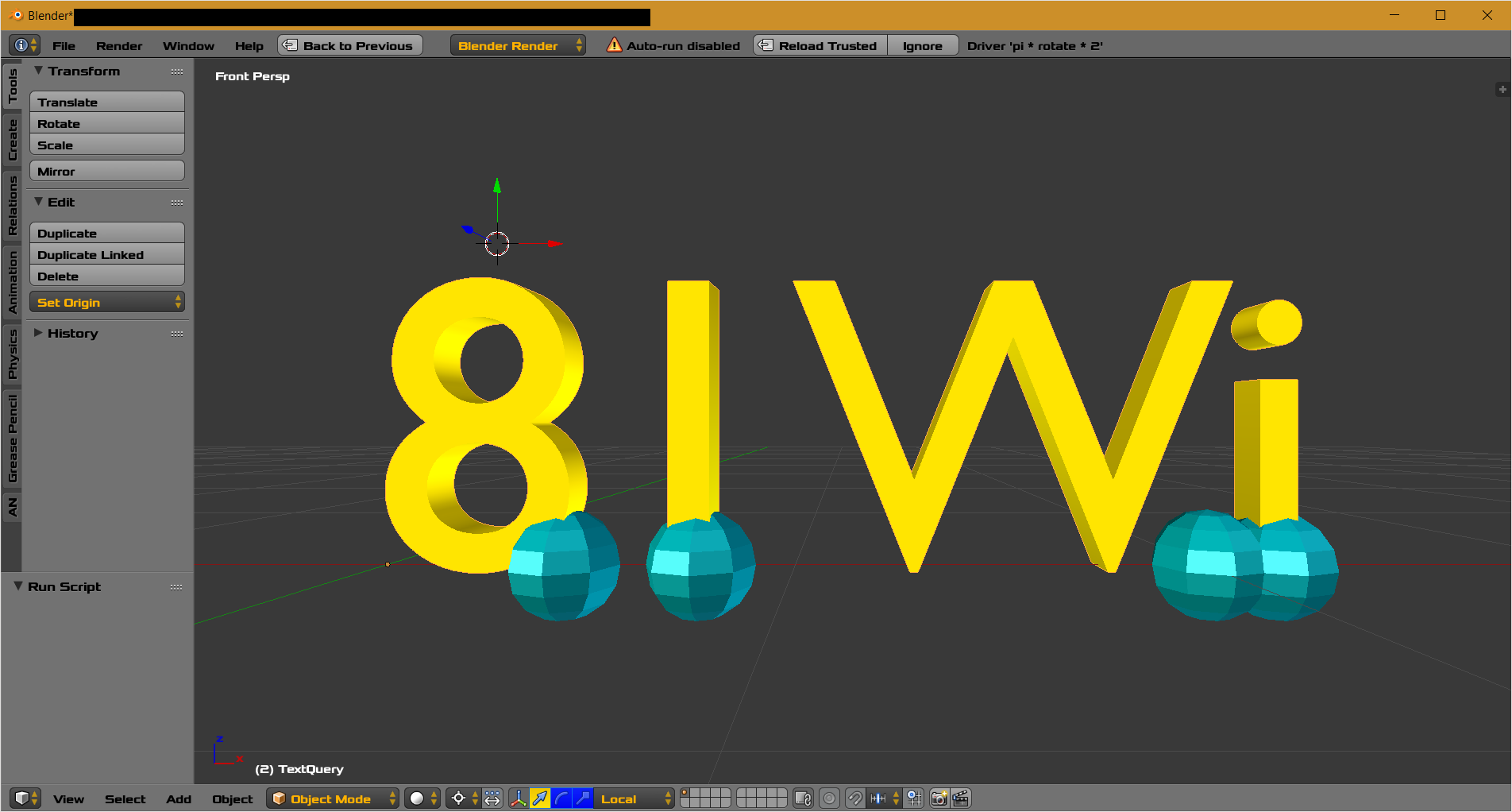 Image above showing extents of individual characters in a single Blender Text Object.

Not the answer you're looking for? Browse other questions tagged python animation text-object or ask your own question.

6
How-To: Text Sliding out of a Circle 2D
0
Animate text as TEXT