What exactly *is* a "closure"?

As I understand it, a "closure" is the thing passed out of those green dots on the ends of those magic black boxes known as "shaders": 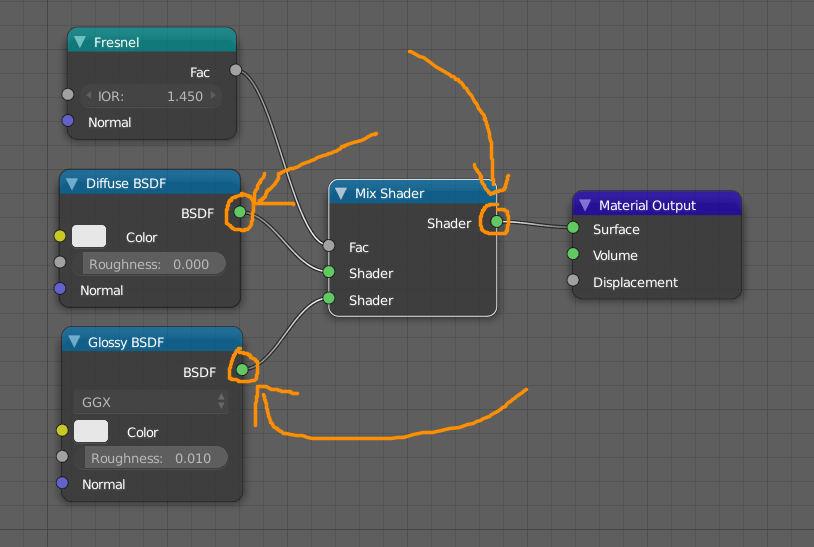 I've vaguely imagined that they somehow described a sort of "probability density" of the possible directions an incoming ray could bounce towards, and maybe an albedo for each color channel
(R, G ,B).

What really makes up a "closure"?
And how can you make your own via OSL?

Inspired by this question: What can a custom cycles shader do?

A closure is a computer science term for a package consisting of a function call and any other information (concrete values of arguments, etc.) needed to execute it later, AS IF in the current context.

In OSL, this is the data type of the thing that the shader network hands to the renderer to describe the properties of a surface or volume at a particular point.

You can think of it as a BSDF (although it can include other information that the shader can pass to the renderer). But the BSDF is not evaluated at the time that the shader is run -- instead, the renderer runs it later, and in fact internally there is not a single method associated with it, but rather it knows how to do a number of things, like choose sample directions, evaluate the amount of light scattering from one direction to another (with supplied with those directions), and so on.

An OSL shader can assemble a closure out of built-in "closure primitives" -- a closure may specifically be a weighted sum of the primitives -- but the actual primitives may not (currently) be authored in OSL itself. They are a part of the renderer, largely because their correct and efficient implementation seems to need to reach deeply into the guts of the renderer internals, which is precisely what OSL shaders are NOT supposed to be concerned with. Each renderer will document a number of BSDF closure primitives that it supports, which may vary from renderer to renderer. At present, there is not a strictly dictated list of which BSDF primitives you can count on in OSL, partly because BSDFs are still a hot research topic, with new and better ones getting published all the time. It doesn't seem stable enough to enshrine in the OSL language quite yet.

I think what you are asking of are the functions also called BSDFs, BRDFs, BTDFs or BSSRFs. More about these terms at this Wikipedia page. They are referred to as closures in OSL terminology, because they are implemented as closures in the programming language.

And how can you make your own via OSL?

Not the answer you're looking for? Browse other questions tagged cycles-render-engine shaders osl or ask your own question.

11
What can a custom cycles shader do?

10
How exactly does the Sigma parameter affect the Velvet shader?
7
Convert cycles closure (shader) output to colors?
9
What does Open Shading Language ( OSL ) mean?
14
What exactly does the "Non-color data" option for image/environment textures do?
16
What is multiple importance sample option
8
What is wrong with this OSL shader?
11
What can a custom cycles shader do?
1
Crash report. Cycles shader graph connect: can only connect closure to closure
1
OSL: Can I use a closure as an input to an OSL script?