Objects in Blender are not joining properly

I have a model of a tomato plant that I am using for a game. I can't get the objects to join properly although I have tried a bunch of different things and different conditions for exporting. There appears to be only 1 object in the Bender outliner, but when I test the model in my game, and in this Open 3D Model Viewer which I have downloaded just now, there are clearly 2. 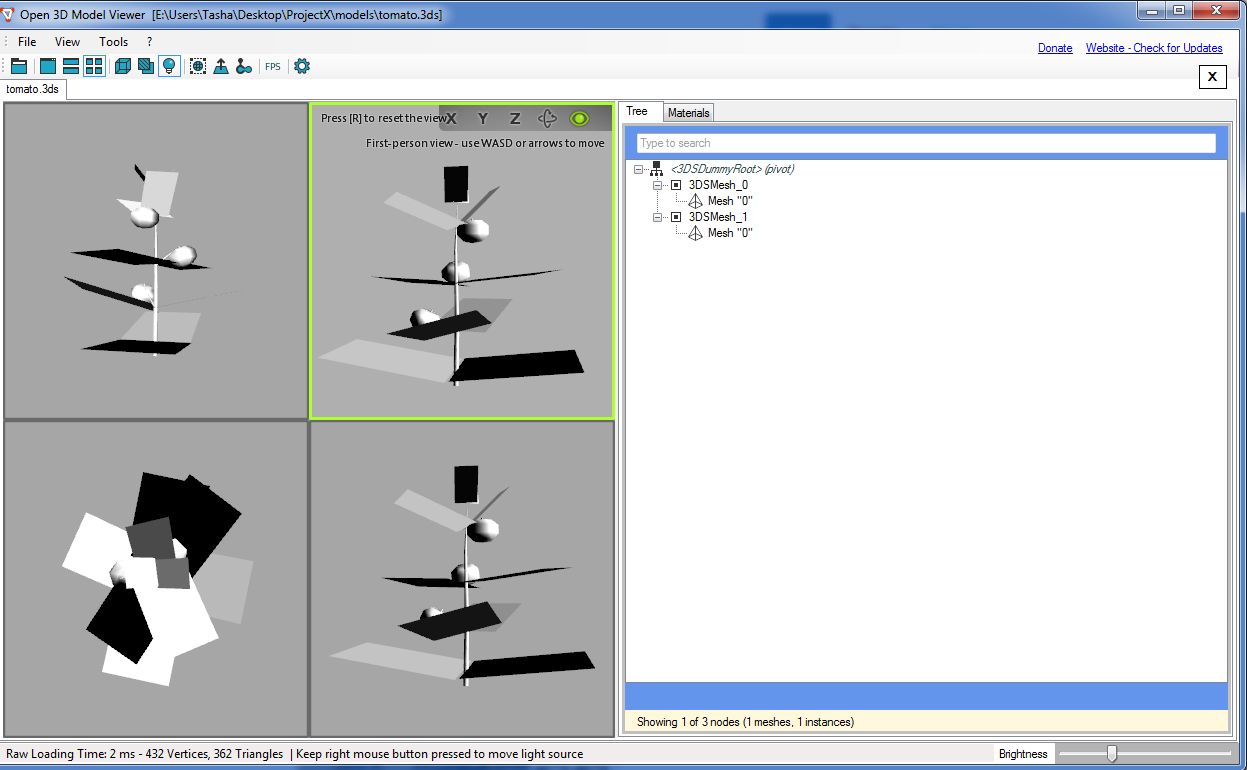 I am using .3ds for these non-animated models. I opened some of my other models in the same program to confirm that they have the right number of objects, so it is only this one model that has problems. I even have another version with flowers instead of tomatoes, and that one has the exact same problem.

This will happen if you have multiple materials assigned in Blender. The .3ds format requires a separate mesh per material, other formats do not have this limitation.

Not the answer you're looking for? Browse other questions tagged modeling mesh objects export external-applications or ask your own question.

3
Exported .dae models have a cube embedded in them
3
How can I merge these two spherical objects into a single smooth mesh?
2
Not detects mesh as object?
2
How to quickly position many different objects (not copies of a single object) in rows with an offset?