BGE: Adding an object linked from another file

I'm adding an object to my scene using bge.logic.getCurrentScene().addObject("Object Name"). But the object I want to add is linked from another file and the scene it's being added to is linked to a .blend controlling everything. Due to that I'm getting an ValueError saying that the requested name "ObjectName" did not match any KX_GameObject in this scene.

So how can I add the object from the other file or is there another way around it? I also uploaded a .zip containing 3 .blends: a library containing the group, a level (the group from the library is linked to it) and the main control .blend controlling everything. The level scene is linked to it. Here's the link.

I just reproduced a working example with two files, see the sceenshot below: 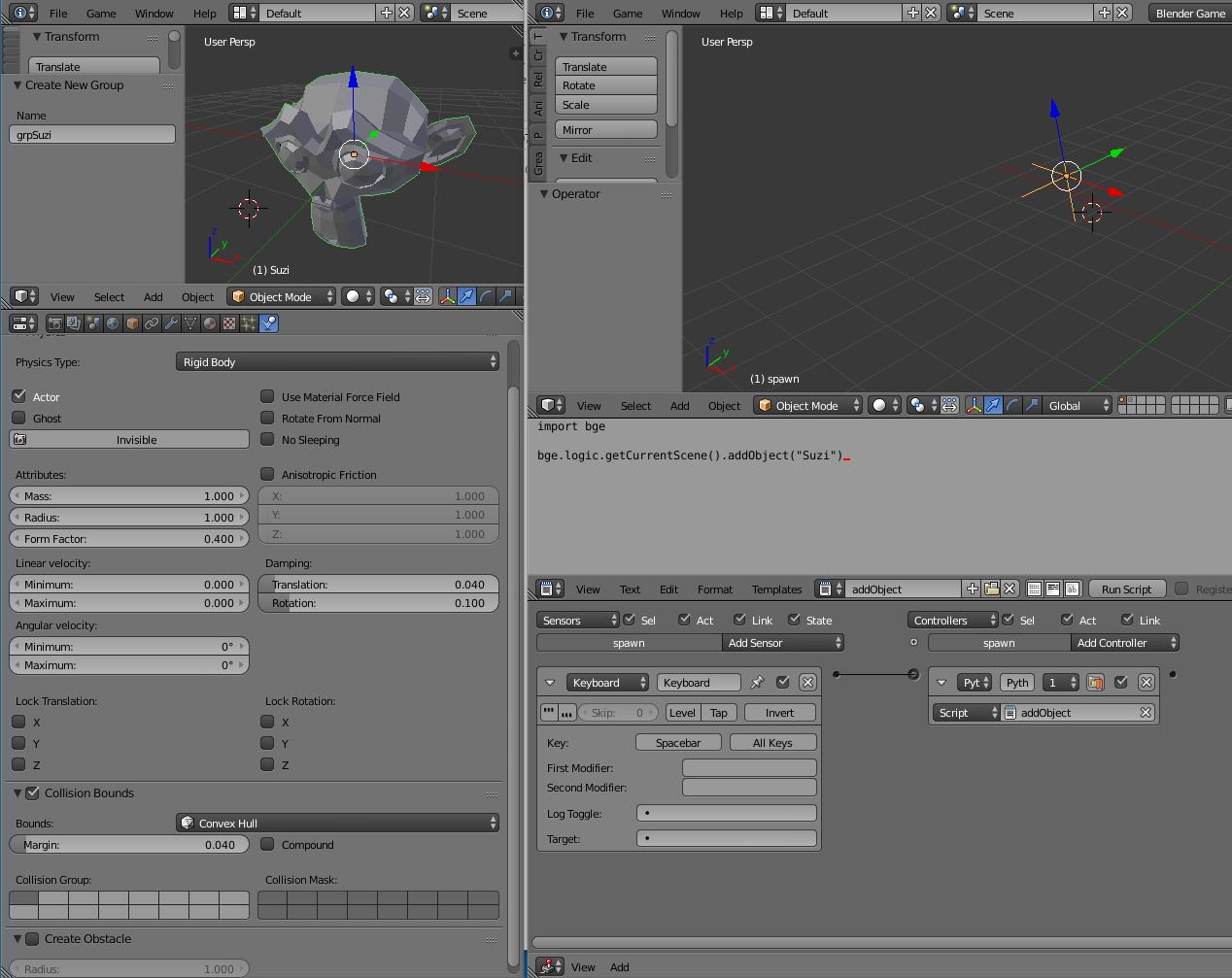 The left file is the library, containing an object "Suzi" which is part of the group "grpSuzi". I set up some simple rigid body physics here.

The right file is the "game", containing an empty named "spawn" which has the logic attached as seen in the screenshot. I added the "grpSuzi" on Layer two in this file. It made no difference whether I wrote "Suzi" or "grpSuzi" in the addObject() call. Once I pressed "P" in the game file (right) and the spacebar, the mesh appeared (twice).

But once I misspelled the name like "Suz", I ended up with the error you described. Are you sure there is no typo?!

2
Adding objects in a different scene than controller's

3
How to load an object from another scene in the bge?
16
How can I remove a linked library with Python?
0
Motion for a linked group in BGE
0
How to add template objects (groups) from other file?
1
copy objects from one scene to another
0
How to access linked objects from a linked collection? (Blender 2.8)