How can I project text around a sphere using shrinkwrap modifier? 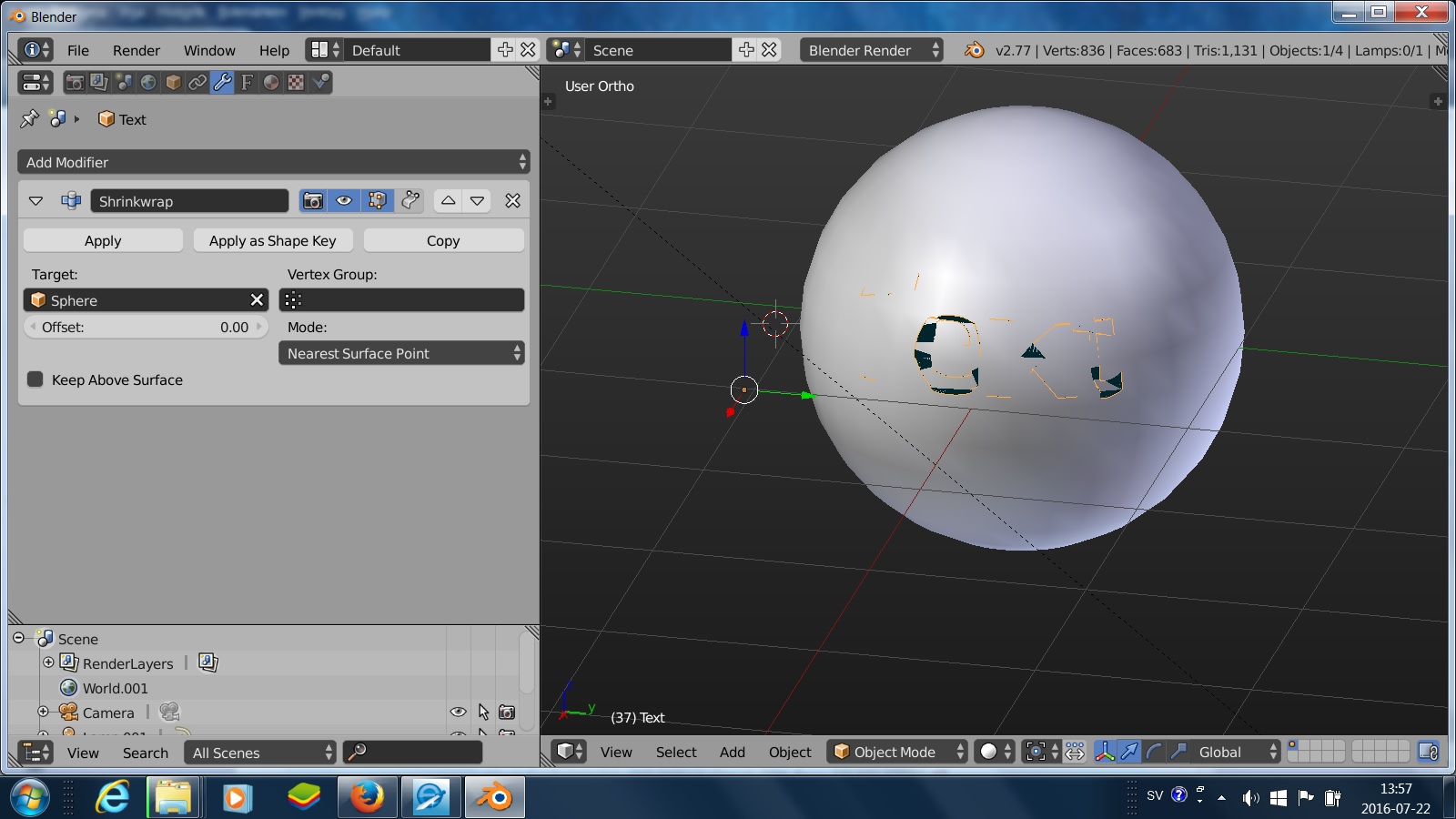 text object doesn't project correctly to my mesh sphere, and often (but not always) blender crashes when I try "Mode project". I can't get the text to wrap correctly around the mesh. So, why doesn't "project mode" Do anything? (except crashing blender) - When i am able to apply it, nothing happens. 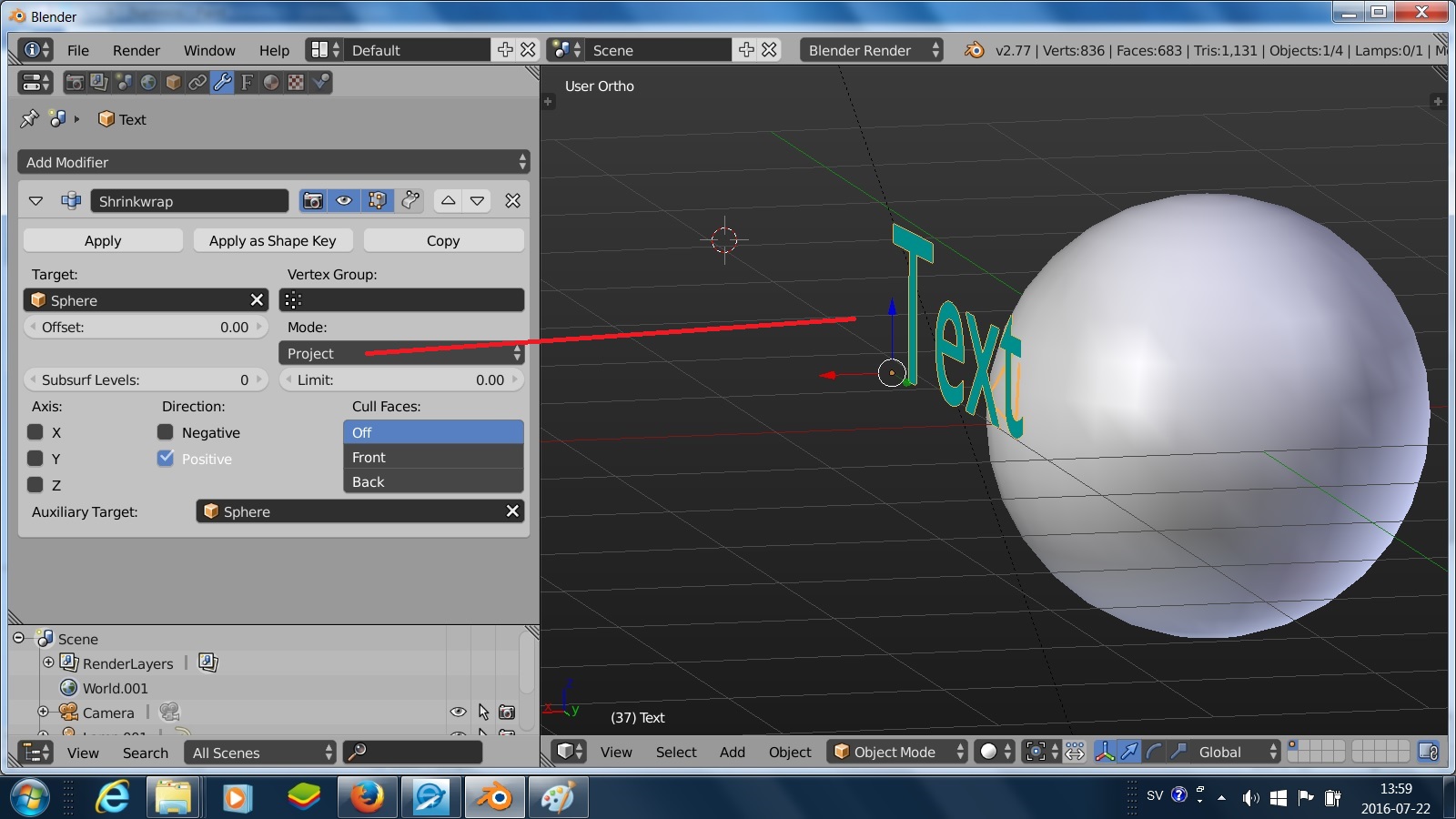 Thanks in advance, / Dan

For the Shwinkwrap modifier to generate a smooth result in a situation like this, more geometry is needed. You need to subdivide the Text Object first to provide the necessary detail. Luckily, this can be done dynamically using modifiers:

Setup a Subsurf Modifier on the Text object. Set its mode to Simple instead of Catmull-Clark to avoid distorting your Text object. Subdivide as many times as needed, but try to stay on the lower end (I chose 2 for Display and render):

Now, to use Projected as a mode, you'll need to setup the Axis correctly as well as which direction Blender is supposed to look for the other object to wrap on: I chose my sphere as a Target, then set the Axis using the check boxes (note that for the modifier the LOCAL Axis of the object counts. In the first screenshot you can see that the blue arrow correlates with the direction I want to go in, so that's the Z direction). The direction field now lets you choose the direction in which Blender looks for the Sphere. Again, look at the first screenshot: the Blue Arrow points AWAY from the sphere. That means, to make the Text wrap towards it, the Direction needs to be set to 'negative'. 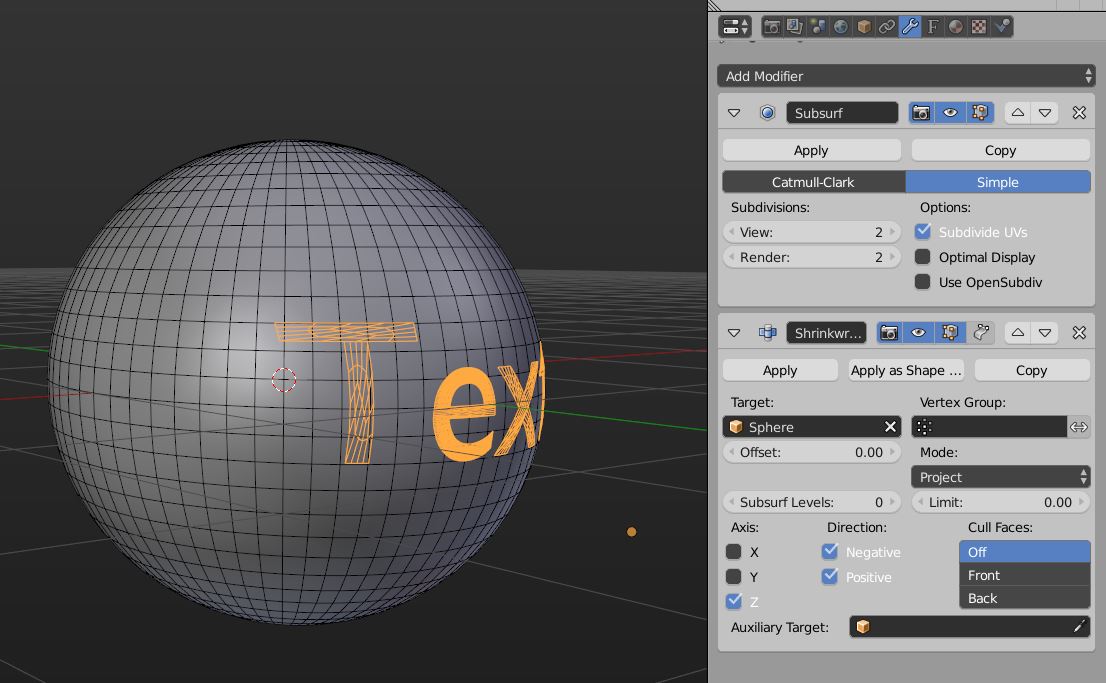 1
How to add curve modifier to text?
13
How to cut holes in an object using another object?
1
Why won't text Boolean correctly after the second Boolean operation?
0
Difference Boolean 2.8 not working as expected; Weird shading and not removing face
1
How do you wrap a plane around an object?
1
Meshes aren't visible anymore in Solid Mode, only in Material Preview Mode. Can't select any of them